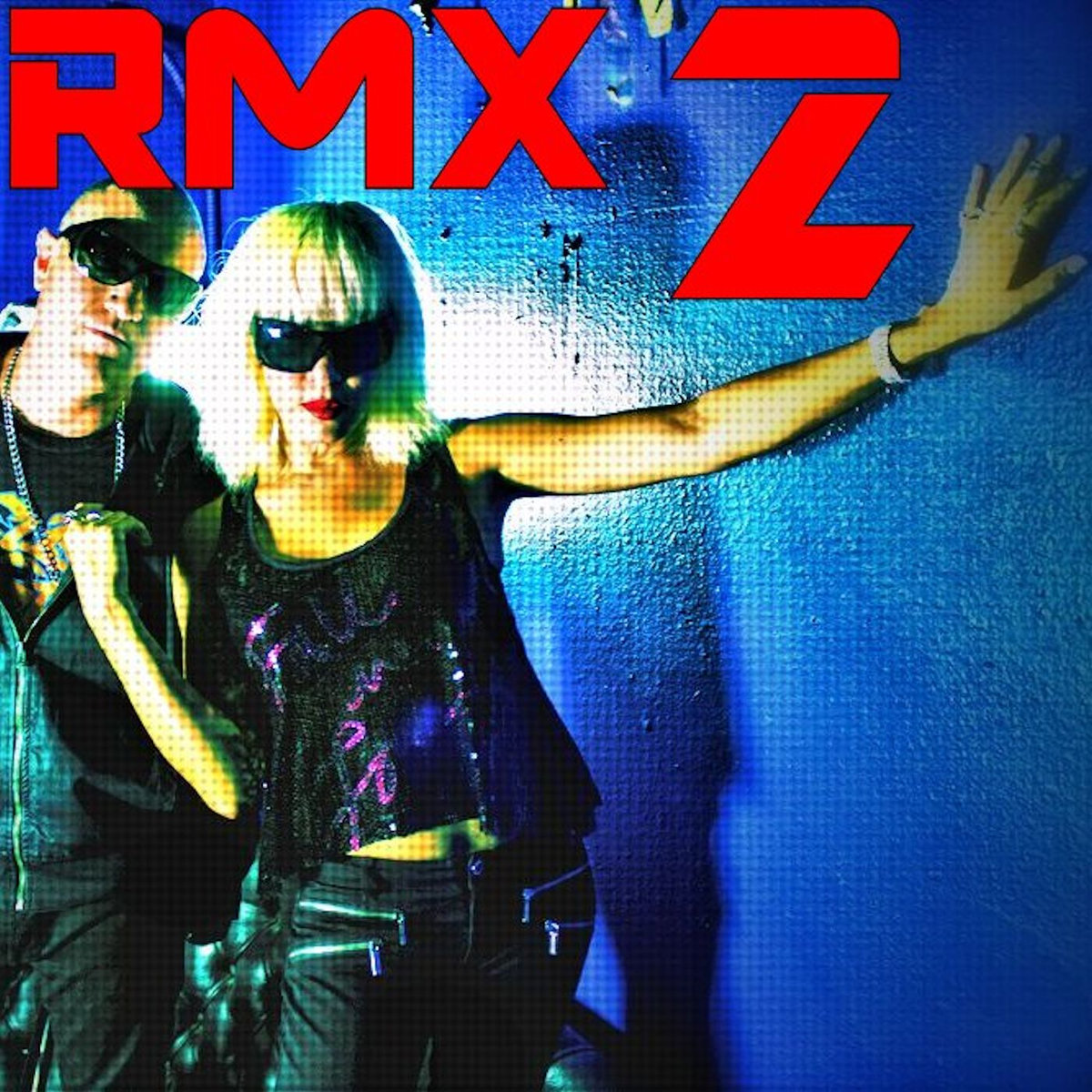 New Neon’s uplifting electronic music got my interest at once when I accidentally discovered them about a year ago.

The Austin duo of Jade Vanity and Roger Wilson (DJ Freakq) play a blend of sexy disco-synthetic electro bliss that’s groovy and artistic. You may discover their musings on their Bandcamp page where you can sample their sonic manifesto.

I had a chance to sit down with the band and am excited to share our chat. We talk about art, music, style, DIY, their upcoming release, the future, and the Fashionista movie they were involved in.

New Neon: Hello! We are Jade Vanity & DJ Freakq (Roger Wilson). We started the band before we were married way back in 2009. Jade was an exotic dancer at the time Roger was… and still is a club DJ. For us, New Neon has never been just about making music. It’s about life. It’s about an escape from life. It’s about beauty, pain, fantasy, love & pure nonsense. We don’t like rules. Everything we do is about energy & emotion. We have fun and we believe you can be whatever you want to be. We are in love & we feel just like everyone else, we want to do what we want to do and we want everyone to have fun with us.

SEM: If I didn’t know you are located in Austin, I would honestly bet that you come from LA. You play a sharp, uplifting sort of avant-garde melodic techno, blended and pushed by the streams of electro (EBM oriented) machine-music.

NN: Thank you! We agree that our sound and look is not what you would expect from Austin, Texas. Jade is originally from California and she has a very free spirit and experimental nature that is more like a west-coast thing. Roger is a Texas boy who became absorbed in the 80s nightclub scene of Austin which was very progressive-minded at that time. Together, we both share a love also of New York City and we lived in Brooklyn in 2013 & 2014. Roger was DJing in nightclubs and bars in Manhattan and Brooklyn and we also produced a lot of music during that time. I guess all of these influences came together to make us who we are now.

SEM: Tell us few things about the inspiration behind your lyrics.

NN: We throw out any need to write from one style…we love drama! Spoken words… rap style and singing all merge in to one chaotic fantasy for us. Sometimes we are very dark. Sometimes we are positive and uplifting. Sometimes we are dirty. Every song is a new story…the overall theme would be PASSION and DRAMA!

SEM: A few things on the Fashionista movie–how did you get involved? Are we expecting New Neon to write more music for cinema in the future, like maybe an original score?

NN: What a crazy story that was! We just moved back from Brooklyn to Austin and we were processing all the experiences and emotions from that journey. We noticed how so many people we meet seemed to be missing something…no matter how much money or things that they had. Everyone has some sort of need or addiction and thus the lyrics for our song ‘The Program’ were born. It became a hard-driving song about things that control you.  After we published the track on Bandcamp, it was found by the amazing film director and visionary Simon Rumley who was working with the owners of Bandcamp to find new music from Austin bands to support his new film ‘Fashionista’ which coincidentally was filmed in  Austin. The film is about weakness and addictions that drive people into bizarre and dangerous places. It was a perfect match for our song. The rest is history (as they say) and now we have the satisfaction of knowing  that our song  found its home on the movie screen. As for future work writing music for film, yes! We are connected with another director Mark Bristol who makes music videos for us and we hope to continue our music & film union in the future.

SEM: A bird whistled that you are working on a new album in 2018…

NN: Oh yes! We are building a brand new album project called ‘Maximus’. It will be artistic, bold and unafraid. Just the way we like it. Plus we have several new collabs with other artists like Scyia and Nouvelle  Culture, plus remixes and some other goodies to fill out this year!

SEM: Live shows? Are you working on a tour maybe?

NN: Yes also! We’ve started rehearsals and hope to tour in early 2019 once Maximus is ready!

SEM: On your FB page you note “BREAK THE RULES-BREAK THE SYSTEM”–tell me your point of view on the music industry. Do bands like New Neon need major labels? Is DIY the present and the future of the music commerce?

NN: Wow! That is a very big question lol! Let’s try to answer it in the best way….When we say BREAK THE RULES we are talking about any and all ‘rules’ that are artificially imposed by other people or institutions on you that don’t share your vision for success or life. Also, it’s not just about us… it strongly applies to any artificially imposed limitations that anyone feels have been applied to their personal life situation. Just because someone tells you that you can’t do something shouldn’t stop you. We are in this whole life thing together and we want every single person to be happy and successful. Don’t ever accept someone else’s rules no matter how much pressure you are under. We love everyone and we believe in the future. When we say BREAK THE SYSTEM we are talking about many things but at the top of the list is breaking down the rampant out of control ‘commercialization’ that dominates every facet of life now. We are doing this (with your help) by adding all of our physical, financial and creative energy to helping create a strong alternative culture within the entertainment world. As we see it… ‘Alternative’ culture, music, art, fashion, etc. Has slowly been swamped by big business, money and modern definitions of what is commercially viable. A strong, diverse Alternative culture where more people seek out and support new forms of entertainment that aren’t watered down for mass consumption is our goal. It’s big, it’s ambitious and there are a lot hard working people, bands, djs, promoters, writers & venues plus many others who working hard right now to make that happen. We need real support, real purchases, and a real belief that together we can break the system. DIY is the current state of the underground for sure… but there is still something missing. People don’t spend money on music anymore and that limits how far independent music can grow.

SEM: What is inspiring you both in making music? Other arts you are keen on and you draw inspiration from?

N.N: We both share a massive passion for music of the 70s & 80s. Jade idolizes Debbie Harry, disco and the new romantic bands like Duran Duran… but her taste in underground electronic music is very real also. Roger is into everything Brian Eno and Devo plus a very large dose of darkwave and techno/house on vinyl. We both love photography & video and make collage art when we have some spare time. We would love to make some physical art for sale one day.

SEM: Analog, digital, or a combination of both? What’s your way of enhancing your music?

N.N: We love the analog sound but we need the convenience and speed of digital technology. We manually edit sounds and externally process some instruments/effects to give our work a more contrasted and raw feel… if that makes sense? We are very open to any and all construction. Software and hard synths are combined but our new album will be mainly digital.

SEM: Can you give us please a few names that you are currently listening to?

N.N: Thank you! We are very happy to be interviewed and we hope that your readers find us interesting and like our sounds! We truly appreciate any and all fans and friends!  Peace.

Keep Up with New Neon