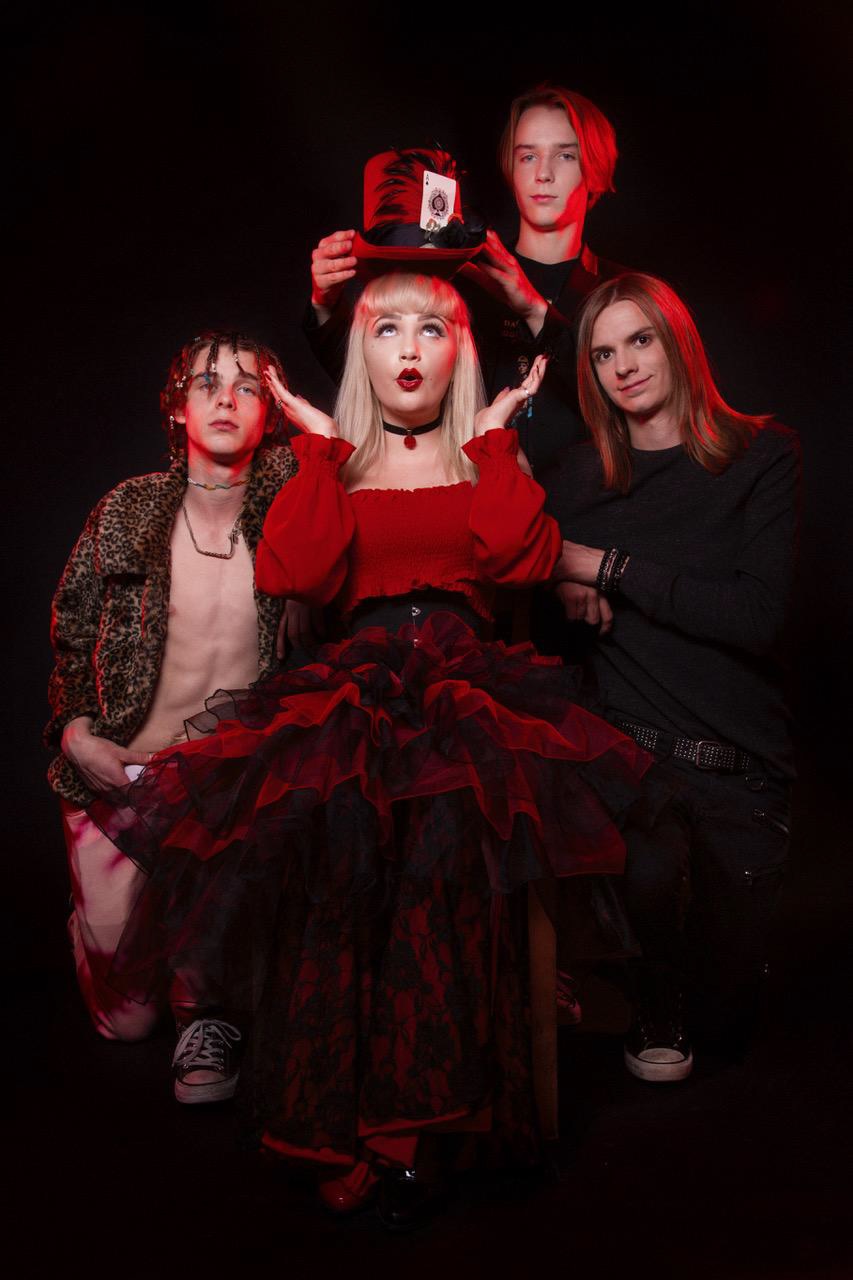 If Thoreau was indeed correct when he said, “…youth gets together materials to build a bridge to the moon,” then Love Past Blue’s “Vanilla” is going to shoot straight out of the cosmos.

An inspired and infectious outfit, Love Past Blue’s membership may not include anyone over 18, but this Dallas band’s passion and energy make them sound like they’ve been around for years.

Meanwhile, singer Cilo Cadence’s delivery summons everyone from Gwen Stefani to Joan Jett–she’s got a voice that walks the line between darkness and light and she navigates the terrain with an almost preternatural aplomb.

Summer looks to be busy for Love Past Blue. Not only are they heading into the studio with producer Mark Younger Smith (Billy Idol), the band will be playing the Warped Tour on July 6.

Of her band’s mission statement, Cadence says: “Some people group together in cliques to be ‘popular,’’ says Clio. “I’ve noticed that these people start dressing alike, talking alike and acting alike. The people who stand out and are themselves have more fun, because they can do what they want to do! We are the next generation, we are the change in this world. We can stand up for what we believe in, and we can stand up for what is right, no matter what anyone else thinks.”

More info about the band:

For more information on LOVE PAST BLUE, visit: