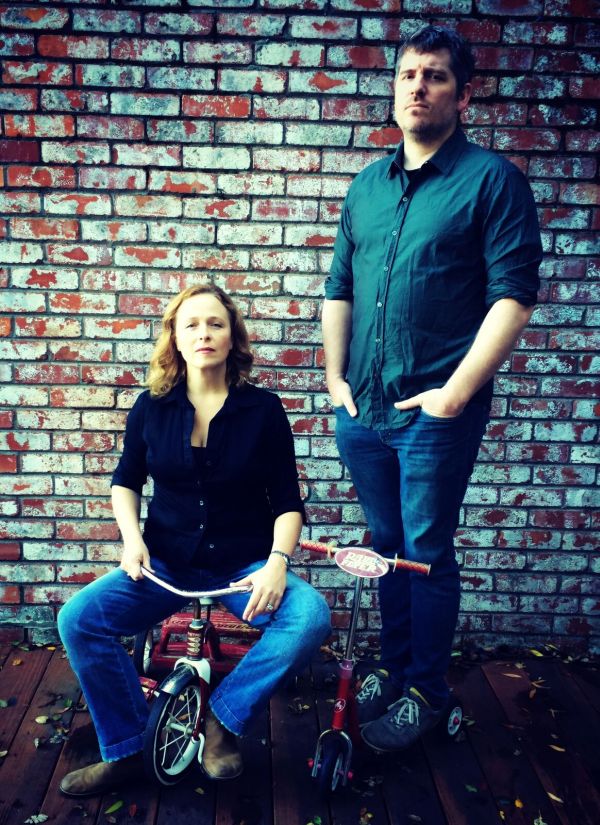 Twenty years of ​​20 Minute Loop was celebrated on this past February with the release of ​​Songs Praising The Mutant Race, the San Francisco-based band’s first album in over eight years. Formed by ​Greg Giles (vocals, guitar) in 1997, and joined by ​​Kelly Atkins (vocals, keyboards, flute) shortly thereafter, this core duo follows up the release of five albums with their sixth, and arguably most passionate, recording yet.

“Drowning” is a favorite from the 20 Minute Loop catalog that appears on the band’s new album in a stripped-down, re-worked version. It’s just one song on an album full of music that was re-recorded with new arrangements.

Giles reveals that the song “Drowning”, “…was inspired by bands like Low who were on my radar at the time in the late ’90s, especially the use of intersecting monophonic lines rather than big chords.”

“Kelly (Atkins) was there at the inception, co-writing the vocal melodies, and she wrote all the lyrics,” continues Giles. The band now also includes avowed 20 Minute Loop loyalist Kevin Seal, who initially sat in on the duo’s living room reunion shows in 2014, and then joined full-time for the reinvention of these 20 Minute Loop tunes in the studio.

“”Drowning” was written during a very intimate song-writing period with Greg,” says Atkins. “Intertwining voices and perhaps a bit too much drama. It did make for a beautiful song, though.”

About the music video for “Drowning,” Seal explains, “I wanted the visuals to answer the text of Kelly’s words. It’s morbid, but when I was a little kid, one of the older kids in our neighborhood found his mom deceased. It freaked us all out and the thought of it still flashes into my mind occasionally.”

Seal continues, “In the decades since, I’ve had a persistent fear that I would discover a dead body. That feeling of walking around the woods, trying to quell burgeoning panic, has been in my nightmares for years.”

Regardless of its darkness, Seal admires the song. “The melody and harmony are so delicate and lovely,” Seal explains. “Kelly and Greg wrote “Drowning” long before I joined 20 Minute Loop, and I’d always found it haunting and pretty. It’s slowcore, really, like 23, maybe 24 beats per minute. It took me a while to get that piano and Rhodes feeling normal. I had to drink some cough syrup first!”

Find out more about 20 Minute Loop