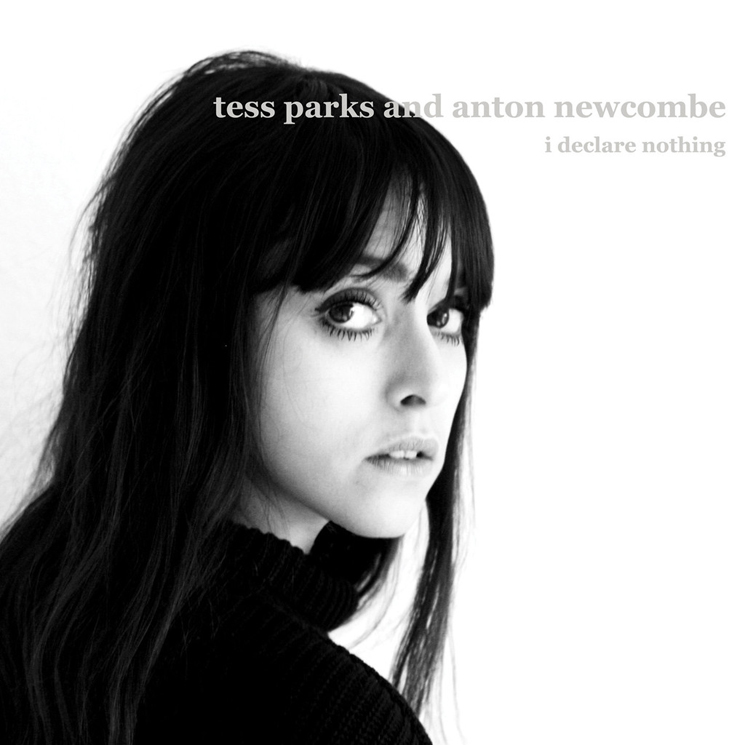 Two years ago, Tess Parks released her debut album, Blood Hot. The record fuses the sounds of Oasis, The Beatles, The Rolling Stones, Mazzy Star, Cat Power, The Warlocks, and The Jesus and Mary Chain with Parks’s smoldering and passionate vocals. It’s one of the best records of 2013.

Parks’s latest project – I Declare Nothing – is another apt fusion, in which she collaborates with Anton Newcombe of The Brian Jonestown Massacre. The album seamlessly blends Parks’s signature vocals and introspective lyrics with multi-instrumentalist and vocalist Newcombe’s arrangements. It’s one of the best records of 2015.

SEM: Thanks for talking us today, Tess. Your vocal performance on “Peace Defrost” is very aggressive and sensual. But, at the same time, it works very well with Anton’s mellow music. How did you decide on this approach?

TP: Hello! My pleasure! Thank you very much. That’s a real compliment. The story behind “Peace Defrost” is this: It was the day I got to Berlin, and I walked into the studio and Anton was working on the music for this song and it was ready to go, basically. So within half an hour of getting to the studio, I put together some lyrics and sang it.

SEM: Who are some of the vocalists who inspire you? Ones you grew up listening to?

SEM: Why did you and Anton decide to release the “Cocaine Cat” and “Mama” single as a preview of I Declare Nothing on Record Store Day?

TP: I think we agreed that they were two of the strongest songs on the record.

SEM: “German Tangerine” is another great vocal. When you’re writing a vocal melody, such as the one on “Tangerine,” do you intentionally go to notes that explore the guttural and lower-end of your register?

TP: To be honest, I can’t really explain where that comes from or why I sing this way. I used to be in choir at school, and they’d always make me an alto, which I found really uncomfortable because it felt so low. I always really wanted to be a soprano! I can hit high notes, too. I could do Broadway if I wanted to! But the voice that comes out of me is from a sad place… that’s just what comes out. I don’t think about it.

TP: Eight of the songs on the record are songs I had already written, meaning I came to Anton with the basic chords and lyrics already written, and then he orchestrated them and turned them into beautiful symphonies, really. He gave everything structure and purpose.

SEM: How was working with Anton on I Declare Nothing different from what you did on your excellent solo Blood Hot album?

TP: Aw, thank you for calling it “excellent.” Blood Hot was recorded in one of my best friends’ basements in Toronto during the summer of 2013 in about two weeks. Alan McGee had said, “Okay, I’m going to release your record; send it to me now!” And I didn’t have a record! So we busted that shit out fast. There’s a lot I would do differently now that I know so much more about recording and writing from what Anton has taught me. But it was an amazing period of time. Blood Hot was a record I had been waiting my whole life to make. I’m really proud of it, and there were a lot of feelings and thoughts that felt very good to get out of my system. Working with Anton was an education… It was like getting my masters or something.

SEM: Anton’s vocal appearance on “Gone” is terrific. It’s brief but effective, especially since he sings a higher part than you. How did that moment come about?

TP: (Laughs.) He asked me to sing his part, and I couldn’t hit the notes he wanted me to fast enough, so he did it!

SEM: Why does Anton make so few vocal appearances on the record? You guys sound great together! “Meliorist” is great – it’s very bluesy…

TP: I love Anton’s voice; I do wish he sang more on the record! We have a few tracks that are unreleased where we sing together. I hope these come out eventually.

SEM: “October 2nd” has some groovy and remarkable keyboard work. And your vocal and lyrics – which could be the strongest on the record – bring them to life. Would you talk about how you developed the melody and the lyrics?

TP: That’s an older song. The melody and chords are from 2009… And then I rewrote the lyrics in 2012, when I was kind of homeless… “Be happy you’re coming home” is something my mother said to me that stuck with me. We were going to originally call the song “October 2nd Revisited Again” because I’ve come back to that song so many times with a different perspective.

SEM: “Mama” seems to be a very personal lyric. And, as I Declare Nothing develops, I realize that the lyrics are a lot more introspective than lyrics one usually finds in psych rock. Care to comment on “Mama” and your introspective tendencies as a songwriter?

TP: (Laughs.) I’d love to be able to talk about this song freely, but I don’t want to hurt anybody. Thank you for saying I have introspective lyrics though. When I write something and sing it, I have to really believe it. I have a lot of things I want/need to say. I think about death a lot (laughs).

SEM: I was also wondering if you’d comment on “psych rock” as a genre. How would you define it? Is it an appropriate term to use as a banner to define, for example, all the bands that have played at APF?

TP: I love “psych rock.” It’s a very broad spectrum. It means nothing, really. It’ll go out of fashion, though. It’s like grunge or Brit pop or something. It’s a phase. People love it forever, obviously. It’s been around a long time, obviously. But right now that’s what’s “happening.” I love psych music. I like going to gigs where they have those trippy acid lights or whatever. It looks good. I don’t really know what to say… somehow it’s become kind of this mainstream thing, which on one hand is cool… the only downside is that these gems of bands or songs that you felt like were your own special secret for you and your friends… they kind of aren’t anymore. It’s like Elliott Smith playing at the Oscars or something.

SEM: Does Anton ever use a mellotron on I Declare Nothing? Do I hear one on “Voyage de L’ame”?

TP: Yep, absolutely. We love a bit of mellotron.

SEM: What were the advantages and disadvantages of making many of the songs on I Declare Nothing available on YouTube before the official release?

TP: I don’t see any disadvantages at all. It’s so cool that Anton likes to record and that day put the demo on the Internet. It’s nice to share. He has so many people who care about what he does, and it’s so cool that he involves them in the whole creation process.

SEM: Would you please briefly describe the European tour for I Declare Nothing? Any chance that the two of you will play the States and Canada at some point in the near future?

TP: We have put together a super group – members of other amazing bands. I’m really looking forward to it. We’ll see what happens! Hopefully people really like the project, and we get to travel it around… Time will tell!!