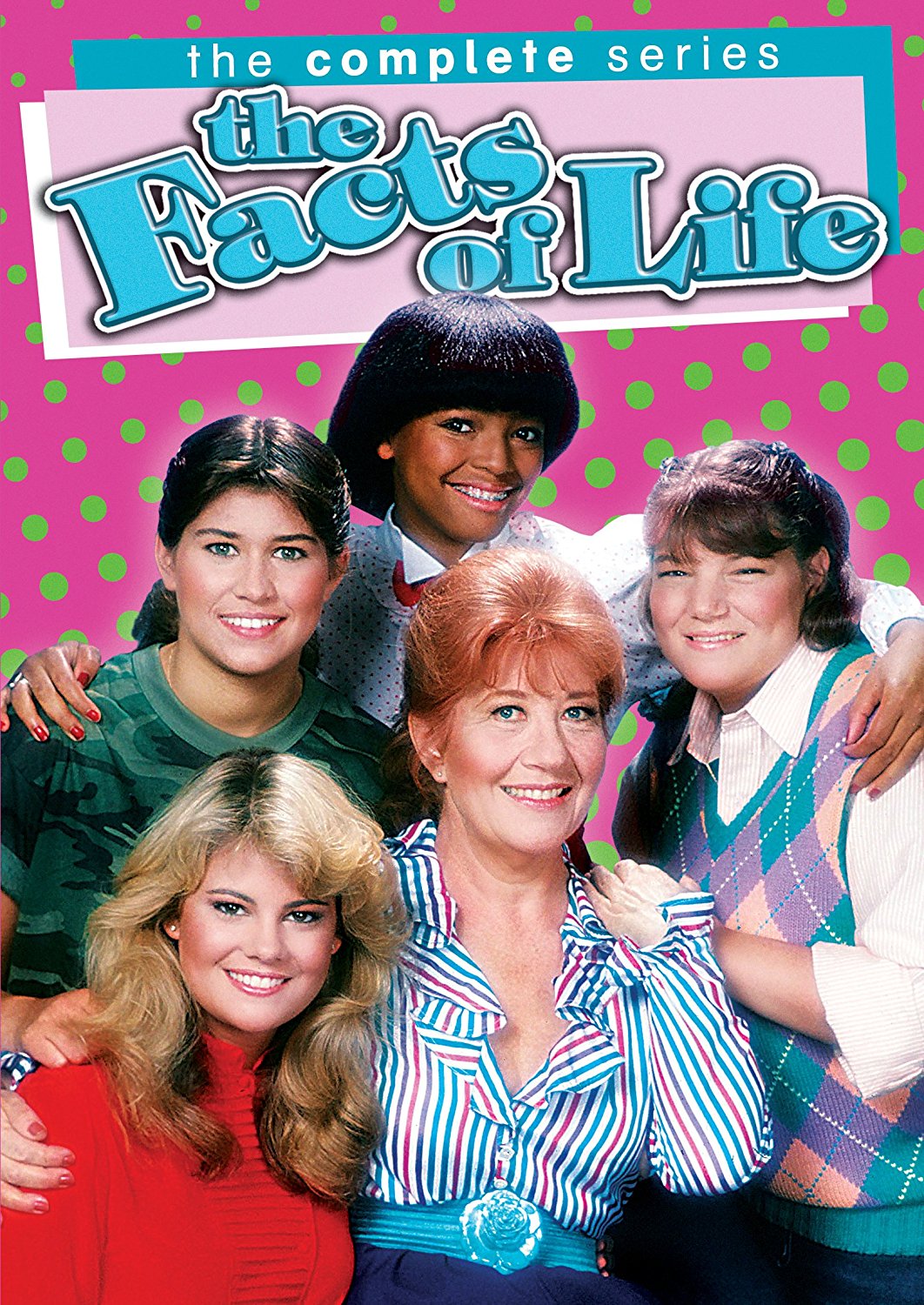 Years ago when I worked at a social media website promoting authors, sometimes I’d walk into the office and announce to my office mate Huntington, “I just had one of my wonderful ideas.”

He would shake his head, then say in a high falsetto voice “Blair, you’re grounded!”

Yes, we were doing a Mrs. Garrett/Blair bit from The Facts of Life, but who could blame us? We we were children of the ’70s and we knew our sitcoms by heart.

Of those sitcoms, Mrs. Garrett was one of the most enduring characters, all thanks to the great Charlotte Rae.

Although she was an accomplished stage actress who appeared on Broadway in the ’50s, until 1978, the Milwaukee-born Rae had been one of those ubiquitous actresses you would see on TV shows. From Sesame Street to All In The Family to Love, American Style, she always stuck out with her trademark red hair.

Rae had had a breakthrough in 1961 with the show Car 54, Where Are You? but when she was cast on Diff’rent Strokes is when she hit it big. By then she was fifty-two years old, an unlikely breakout star.

But she broke big.

Mrs.Garrett was a no-nonsense housekeeper, even threatening to quit in the pilot episode when she heard Mr. Drummond (Conrad Bain) was bringing in two boys. When he explained they were the sons of the previous housekeeper, and how he promised their mother on her deathbed he would take care of the boys, of course, she changed her mind.

It became clear she was too big for the show, so of course, they had to spin her off. But where?  When Mr. Drummond’s daughter Kimberly (Dana Plato) went to a boarding school named Eastland, it turned out that one of the dorms needed a house mother–someone warm and funny with lots of common sense.

Soon Mrs. Garrett was dispensing her wisdom to young girls–at one point one of them was a young Molly Ringwald. Helen Hunt was spotted in the first season, but she was kicked out for smoking pot. This was the episode when Mrs. Garrett had to explain what bongs were to Natalie (Mindy Cohn) and Tootie (Kim Fields).

They thought bongs were meant to store jellybeans…

The second season the show shrunk down the cast, concentrating on Blair, Natalie, Tootie, and a new girl named Jo (Nancy McKeon). This was the cast that clicked. Every week people wanted to watch Mrs. Garrett spout wisdom about whatever “fact” the girls were dealing with that week, be it double standards in dating, attempted rape, distant parents, absent parents, parents who die, teenage pregnancy, racism, sexism, drunk driving, drug use, weight issues, social standing, and suicide.

The suicide episode was–and still is, a television landmark.

The episode deals with a new girl named Cynthia winning the election to be president of the student body, and beating Blair in the process. Cynthia is instantly likable, talking about her family’s political connections, calling world leaders by their first names. When she finds out she won the election, she is humble about her win, which infuriates Blair even more. Not only that, but Cynthia is charismatic and sweet, and she’s especially warm to Tootie, giving her a necklace.

Cut to the next day. Blair has taken to her bed, moping around, feeling sad and weirdly, the laugh track is very strong. One wonders how is this going to be resolved? Blair decides to become the best vice president ever? Blair finds out there was voter fraud? Or was she going to feel sorry for herself the rest of the episode?

Tootie runs in, hysterical–this wasn’t out of the ordinary, Tootie always was hysterical about something–but this time it was legit: she and Natalie had gone to Cynthia’s room and found her unconscious, a bottle of pills on the ground. While Jo and Tootie go off to find whoever the headmaster was that week, Mrs. Garrett thinks calmly and logically in the midst of the crisis, while the girls follow her lead.

Cynthia dies from the overdose and while the girls pack up Cynthia’s things, they search for answers. The only one they find is her parents were divorcing. But it is left unclear why she did it. Mrs.Garrett tells the girls there are no easy answers, quotes Eleanor Roosevelt and leaves the moment where it is–shocking, upsetting and filled with questions.

The show went on through the girls’ graduation, and Mrs. Garrett starting a business of her own called Edna’s Edibles, where a young Pamela Adion would come in to visit and Larry Wilmore played a cop making sure no one took her famous apple strudel. When the store burned down, a new store was rebuilt called Over Our Heads. I was never sure what the store sold, but George Clooney was there for the renovation. At that point, the show was focusing more on the girls and less on Mrs. Garrett.

Finally, by the sixth season, Rae decided it was time to go. Of course, they sent Mrs. Garrett off in style: she remarried in a grand ceremony, then went off with her new husband.

Rae went on to guest starring roles on other shows, yet she would always be Mrs. Garrett. Wise, funny, smart and no-nonsense, Mrs. Garrett remains one of the most unforgettable characters in television history.

And thanks to her, we’ll always feel a little more grounded.