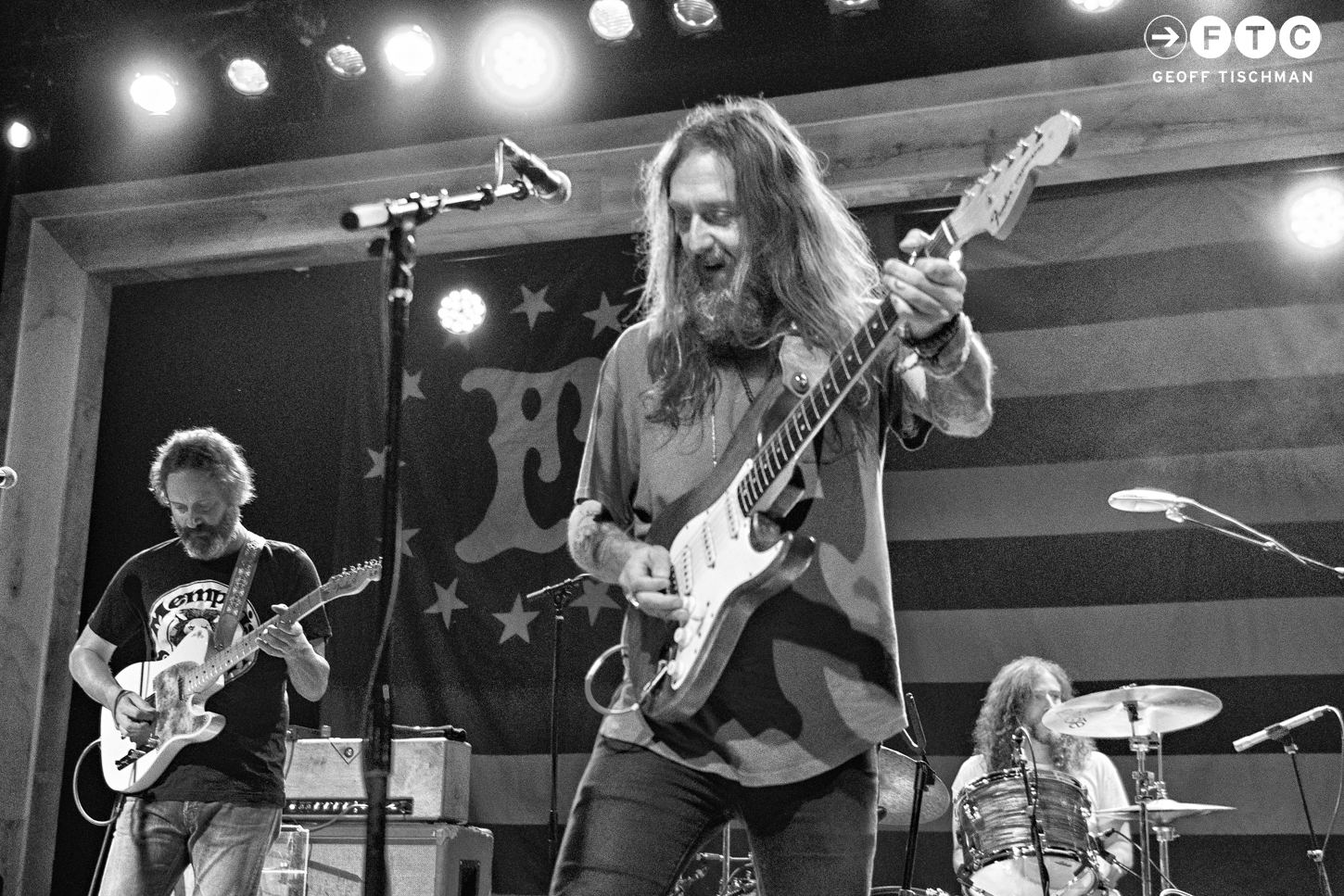 It’s hard to believe that I caught The Magpie Salute and the Chris Robinson Brotherhood play live in the same week.

Those aforementioned bands that are fronted by former Black Crowes Rich and Chris respectively, are two of the most vital acts in the country and though it’s too bad they aren’t even on speaking terms, their music–though played separately–remains as powerful as ever.

Although their last album was 2017’s Barefoot In The Head, the Chris Robinson Brotherhood has no shortage of material and their set at the Fairfield Theater Company drew generously from their back catalog.

Bearded, beaded and barefoot, Robinson cuts as lanky of a figure as he always has. His voice remains his superpower and it was in good shape when his band headlined the Fairfield Theater Company in Connecticut (7/22). In fact, it’s as potent and soulful as ever and whether he was storming through numbers like “Coming ‘Round The Mountain” or the exultant blast of “High Is Not The Top,” Robinson remains a commanding and enigmatic presence with some of the most killer pipes in the business.

The night was full of great CRB tracks (“Venus In Chrome,” “New Cannonball Rag”) and obscure covers like a searing take on Slim Harpo’s
Got Love If You Want It” and Jonathan Wilson’s “Rare Birds.”

By the time the band tore through Tony Joe White’s “Saturday Night In Oak Grove, Louisiana” the night had come to a breathless and altogether satisfying end.