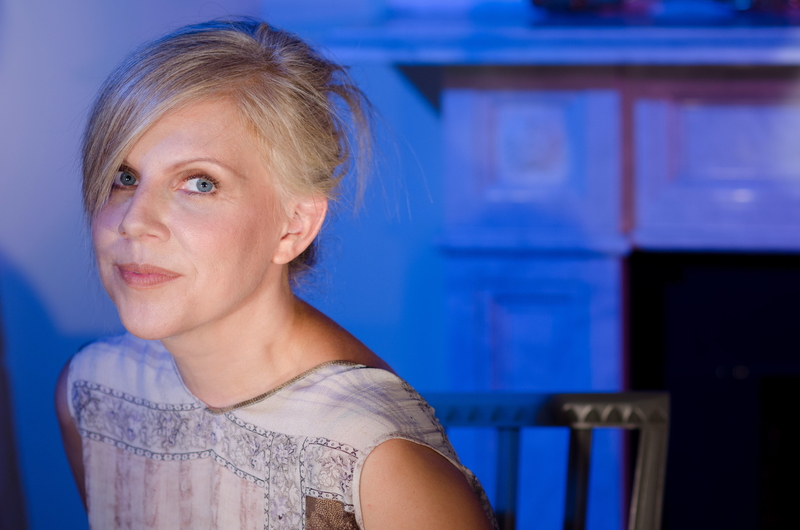 It’s always with some interest around here that we scan the lists of a year’s upcoming releases and then wait to see what our rival comrades list as their most keenly anticipated of the coming year. Though we here at SEM are also thrilled by the prospect of new albums from Adele, Laura Marling, Run The Jewels, The Soft Moon, and Twin Shadow (not to mention the perpetually believe-it-when-we-see-it new Wrens album), we couldn’t help but notice, as we do every year, that everyone seems to have their ears bent to the same set of rails, not realizing that there are other, just as compelling tracks running parallel over there across the valley. Charging towards us down that track is what we might call “the alternatives to Alternative®” (even as a couple of albums below come from well-established artists) and it’s to that line that we like to look for any year’s deepest surprises. We haven’t, truth be told, been disappointed yet, and don’t expect we will be in 2015 either. In fact, it’s hardly started and this is already a great year. Behold (and we’ve added teaser tracks from either previous albums or the upcoming release itself just to get your appetites whetted):

Any year that has a release from the Band Least Likely To (still be going into their 38th year) is a prime year for us. After 2013’s insanely youthful, consistent Super Plastic City, we’d settle for an album of Lithuanian folk songs performed on ukulele and kazoo. Our guess is it’s going to be bit more exciting than even that.

The Dunedin masters of the shifting, sci-fi post-punk landscape return to alluring action this year after transfixing the hell out of us with 2013’s Inside Replica City, a quiet blockbuster that left us all anxiously awaiting their next move. Thankfully, time really does go by pretty fast, because it’s already here on the very-soon horizon.

GRANITE SHORE – Once More from the Top (March)

Finally, finally! We can say categorically that there is not a more anticipated release for us this year. A record that’s been waiting to come to fruition for nearly half a decade is at last finished, mastered, and tantalizingly close to release. For songwriter/singer/auteur Nick Halliwell, it’s been a long if decidedly fruitful and fulfilling period of putting off his own record while he helped birth a string of significant releases on his own Occultation label, including the Wild Swans’ Coldest Winter For A Hundred Years, the Distractions’ End of the Pier, and Factory Star’s Enter Castle Perilous (not to mention helping return the June Brides from the wilderness and releasing their first new 7″ in yonks). But all the while a masterpiece lurked in the fabled wings and lest you think we’re being presumptuous, we’re not. It’s already in our possession and it is magnificent, though we’ll save the details of our enthusiasm for the review, so stay tuned. Meanwhile, here’s the GS’s last release, a single from a full four years ago. There are hints here, but only hints…

Confreres of the recently reviewed Shadowhouse and one of the most promising post-punk bands in the Portland scene – or any such scene anywhere, for that matter – this has to be a close second in terms of anticipation. Though, again to be honest, we’ve already heard this record so can say with complete authority that said anticipation is well warranted. Ripped with melody and intuitively inventive song structures, LUHMO is at least a front-runner for best post-punk debut of 2015, and anyone beats them to that, then this will indeed be a banner year. Here’s a taste, the album’s first single and video:

Brought to us with the description “grimy trip-hop urban post-punk,” you can imagine how instantly that got our attention. To this we’d add tribal, moody, whispering with danger, breathing with menace. The product of two young women from D.C. – Blue, vocals and bass, Aissa Arroyo-Hill, guitar and sound design – we’re pretty certain that they are at least among the more intriguing, adventurous entrants into 2015’s debut class.

How exciting is this? Founding member of legendary Throwing Muses, part owner of the lasting Breeders legacy and prime driver of mid-90’s juggernaut of melodic suss Belly has, if you’ve not been following, been self-releasing a series of Swan Song EPs over the past couple of years, numbered 1-5, “an ongoing series of EPs made up of collaborations with various musicians, authors, and friends,” according to a note below their Discogs listings. Swan Song the album will include many if not all of the tracks from those EPs – tracklisting was still being determined at press time – and we here at SEM couldn’t be more thrilled if Belly did a reunion gig in our front room.

Released on February 10th (Heavenly), this fifth record should be the one that carries this well-traveled singer-songwriter with the wide palette of musics and deep well of experiences in his hip pocket to the broader audience that, frankly, has been missing out all these years. With a storyline running from, in his words, “bumfuck Kent” in the UK to London to Paris to LA to the deserts of Northern Africa to Cuba and many points in between, on Heavy Love Garwood brandishes the goods to back up that incidental résumé, one that includes collabs with Mark Lanegan, Josh Homme, and Tinariwen. Expect a review in the next few weeks here at SEM and meanwhile, have a listen to the title track:

WAKE UP LUCID – Gone With The Night (March)

Described as a “gutter rock trio” and hailing from Los Angeles, this will be the band’s fourth release and once again, not unhappily, SEM is playing catch-up. A bit heavy with not a little of their city’s fabled melodicism mixed in, this is take-no-prisoners rock’n’roll that limns the line between West Coast psychedelia and a come-down Madchester vibe with teeth. Not ones to mince words, check out “We’re Fucked” off the upcoming EP/mini-LP:

This St Louis-born  band began life as a kind of cuddly proposition but over the last 20 years have grown into an altogether different breed, casting their net wide into melodic grunge/punk, classic rock, cynical singer-songwriter fare a la Warren Zevon, and the ever-irresistible lure of power pop. Though somewhat relegated over the years to the fringes, we’re figuring that the upcoming Vol. 4 just might land them on some bigger stages. But whether that happens or not, all we can is: we’re happy!

THE CRIBS – For All My Sisters (March)

Without a doubt the one album slated for release in the upcoming months that we’re most surprised to find missing from those ‘other’ lists, this sixth album from this Wakefield trio promises to be splendorous pop bang-a-thon as the lads distill what they’ve been listening to lately – “The Replacements and ’80s pop basically,” as Gary Jarman told the NME – into their own brand of modern British rock essentialism. Going by this teaser track, this looks to be a Crib-tastic year coming up. Enjoy it.