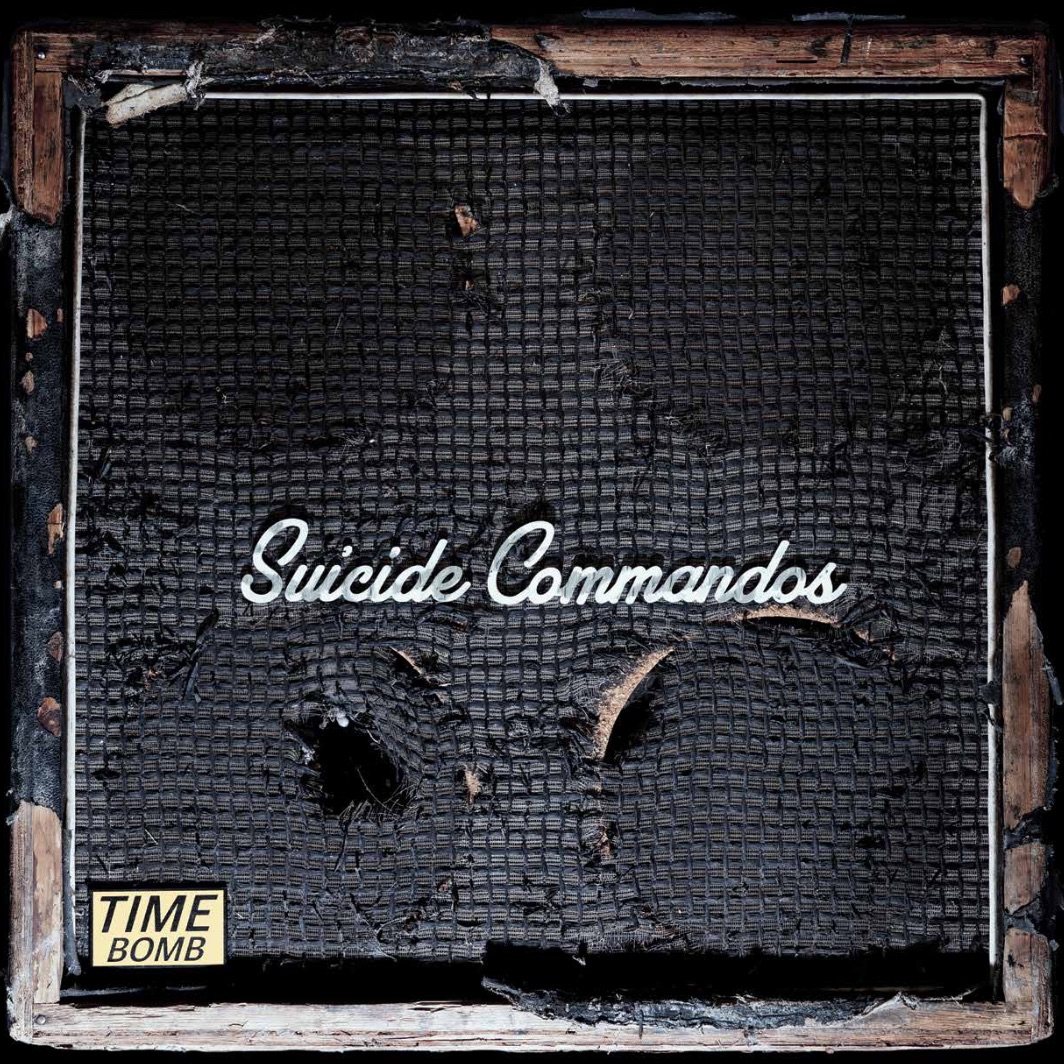 “I like to see people reunited,” Jonathan Safran Foer once wrote. “I like the bringing together…the end of missing someone.”

It may have taken almost 40 years, but the time has come to finally put an end to missing the Suicide Commandos.

The legendary punk rock trio from Minneapolis are set to release the long-awaited follow up to their seminal 1978 debut Make A Record.

The original ‘Commandos line-up–Steve Almaas, Dave Ahl and Chris Osgood–have announced that their new album Time Bomb will be out May 5.

Getting their start in 1975, the Suicide Commandos’ searing blend of speedbag punk and rock and roll cool brought to mind a glorious confluence of Gene Vincent and The Ramones. Numbers like “Shock Appeal” and “Burn It Down” were not only instant classics, in a live setting they were nothing short of astonishing punk rock glory.

Although the band called it a day before the dawn of the ’80s, a limited edition (1,000 numbered copies) Twin/Tone-released live record The Suicide Commandos Commit Suicide Dance Concert came out in 1979. SEM’s Matt Sloan was one of the few who got his hands on it and he remembers its impact. “For young punk rockers like me growing up in the Mid-West,” he recounts, “that record was our Frampton Comes Alive. It captured the feral heartbeat of one of the greatest live bands on the planet.”

Recorded at Master Mix Studios by Kevin Bowe (Paul Westerberg, Dan Wilson) and mixed by Mitch Easter (R.E.M., Let’s Active) at Fidelitorium Recordings in North Carolina, Time Bomb is a startling return to form. Not many bands can wait 40 years to put out their second record and even fewer can sound as fresh, vital and urgent as the Suicide Commandos.

The occasion has forced the hand of the long-defunct Twin/Tone Records to come out of retirement for the occasion and release the album under their name.