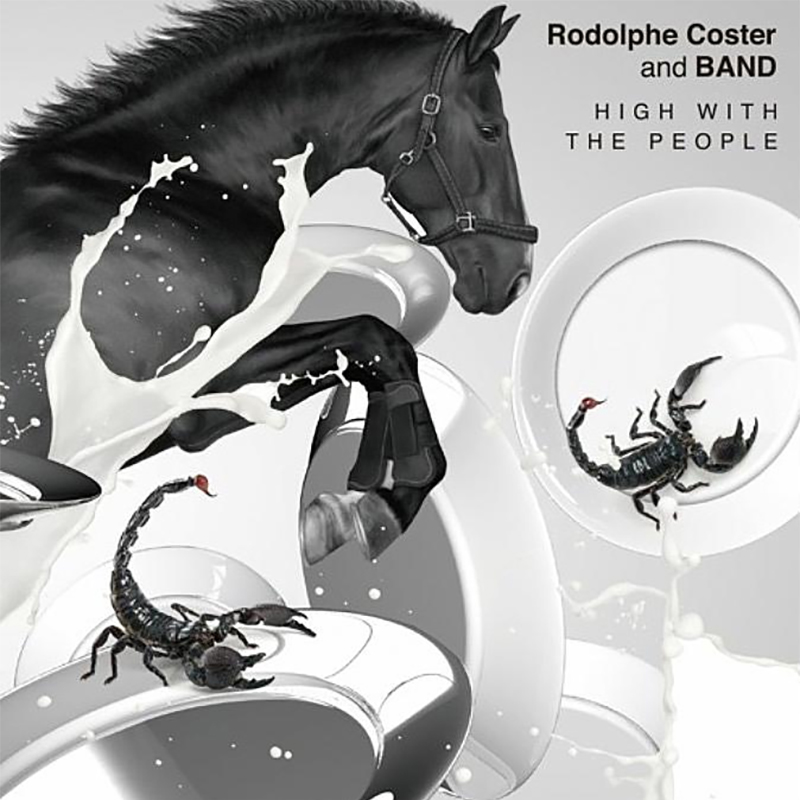 Musically, let’s go here: Lou Reed circa Coney Island Baby injected with the energy of X-Ray Spex if they’d been grounded in funk instead of punk, a hybrid thanks largely to an almost licentious bassline (Male Gaze’s Matt Jones) walking a wild side through a squawking, angry windstorm of a sax attack provided by Jeff Tobias of Sunwatchers while Maya Postepski from The Organ maintains what might be called a ‘savagely taut’ drum foundation pacing underneath it all with a metronomic fury.  Insofar as the lyrics go, and the cathartic way they’re delivered? Let’s not go anywhere but the truth: the ‘Gilles’ here was a friend of Rudolphe’s that was killed in the horrendous terrorist attacks carried out in Belgium in 2016. In a vocal performance that simultaneously massages and attacks just about each word, one cannot help but be not just riveted by the passionate drive Coster brings to this remarkable single but as well feel the inextinguishable loss and pain that fires it from deep inside Coster’s heart. It is, far more than anything, an act of love.

This all comes to us via Capitane Records, itself a curious proposition. Having been founded but a scant few years ago, twin-based in Belgium and Denmark, the label’s catalog features, among others, a couple singer-songwriting rockers – NYC’s Turner Cody and Samsø-based but Belgian-born Nicolas Michaux – indie groove poppers Great Mountain Fire, and the nearly unclassifiable Under The Reefs Orchestra which trades in avant-experimental jazz noise (yet is produced by Michaux). All of which, now we think of it, makes it the absolutely perfect fit for this single and its upcoming album (High With the People, out November 25th), seeing as the sound we’re hearing here on this track could reasonably be considered to be drawing from nearly every strand of that sonically diverse palette. Whether that’s the case or not, however, it’s just as true that nothing on Capitane or, for that matter, any label we can think of right now, has ever quite sounded like this. Inspiring in its audacity, plain stunning in its impact, which isn’t even to mention how addictive it is, SEM is both humbled and proud to be bringing it to you.