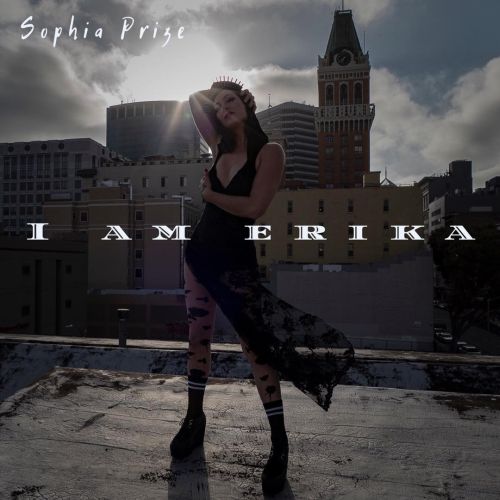 Electronic pop noir artist Sophia Prize adds another jewel to her musical crown with the release of the video for “I Am Erika”, which Stereo Embers is delighted to premiere. The video was directed by award-winning filmmaker P.M. Lipscomb in various Oakland and San Francisco locations.

The song is an upbeat electro-pop soundtrack for the narrative video which follows three separate characters. These protagonists embody different versions of the archetypal American female.

As Prize emotes with passion on “I Am Erika”, the storytelling video moves mysteriously between the three characters. One is a throwback Jackie O-admiring bourgeois suburbanite who sips wine while dining and making deals. Another is a foreboding femme fatale operating out of a hotel and receiving paying clients. And the third is a vision of the Statue of Liberty who comes to life in a post-dystopian utopia when discovered by nymphs living in the wilderness.

As the storylines and views into the cultural psyche of America unspool, the rich, glossy, and sparkling visuals add to the enchantment.

Prize’s captivating and spirited sound and imagination started when she was growing up in Portland, Oregon. She would often be awash in vivid dreams at night that were not only filmic, but aural as well. Prize went on to earn a Masters degree of Music at the San Francisco Conservatory and she has pursued her singer, songwriter, and producer dreams to enthralling effect.

Sunday, October 14 at Bottom of the Hill w/ The Spider Ferns (Seattle) and Pretty, Handsome

Find out more about Sophia Prize