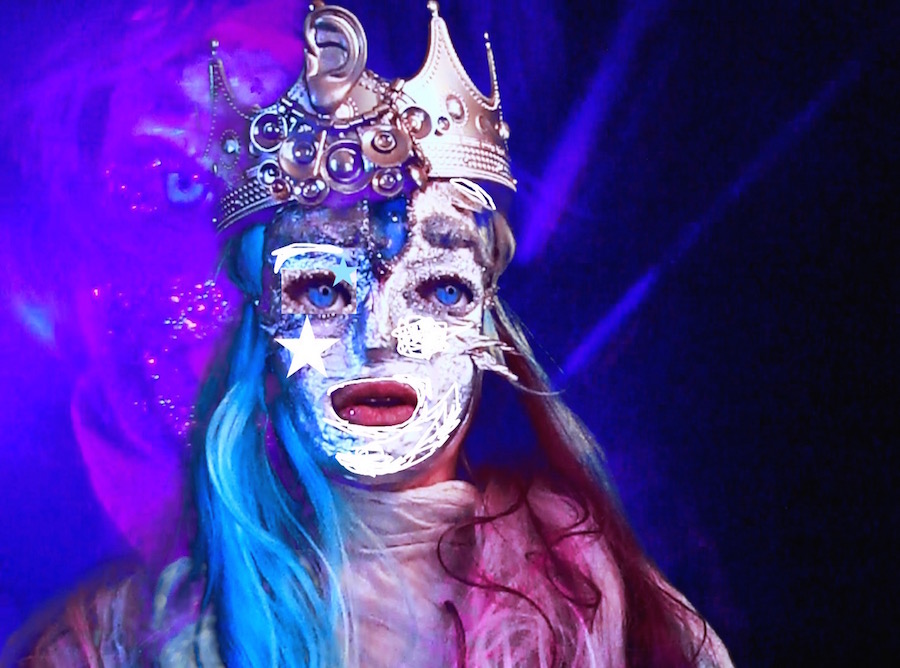 Having had the opportunity to debut the first single “Love is Waiting” from their upcoming album All Are One a couple weeks ago, Stereo Embers finds itself in the enviable position of premiering the first video from Sophe Lux & the Mystic’s just-released (Aug 19th) album. While previously we marveled at the “neo-soul/rock that just goes ahead and bypasses that ‘neo’ part,” this time around we find ourselves entranced by an entirely different breed of kaleidoscopic wonder. Coming straight at us like the cosmic offspring of Sun Ra and Laurie Anderson, the Sophe Lux  of “The Love Comet,” against visuals of the exploding-plastic-inevitable variety, while no less soulful, spins more flagrantly – shamelessly, even – into the pure pop orbit. It’s a dimension that, we must say, suits her like a richly brocaded spacesuit. Inscrutably expressive, whimsical but warmly sincere for all that, beating in fact with a heart of spun gold, “The Love Comet” is still another almost unfairly captivating track from what’s stacking up as one of 2016’s most beguiling releases. Full All Are One album review coming soon, but in the meantime, let yourself be lost yet oddly found inside the simple if slightly zany charms within.