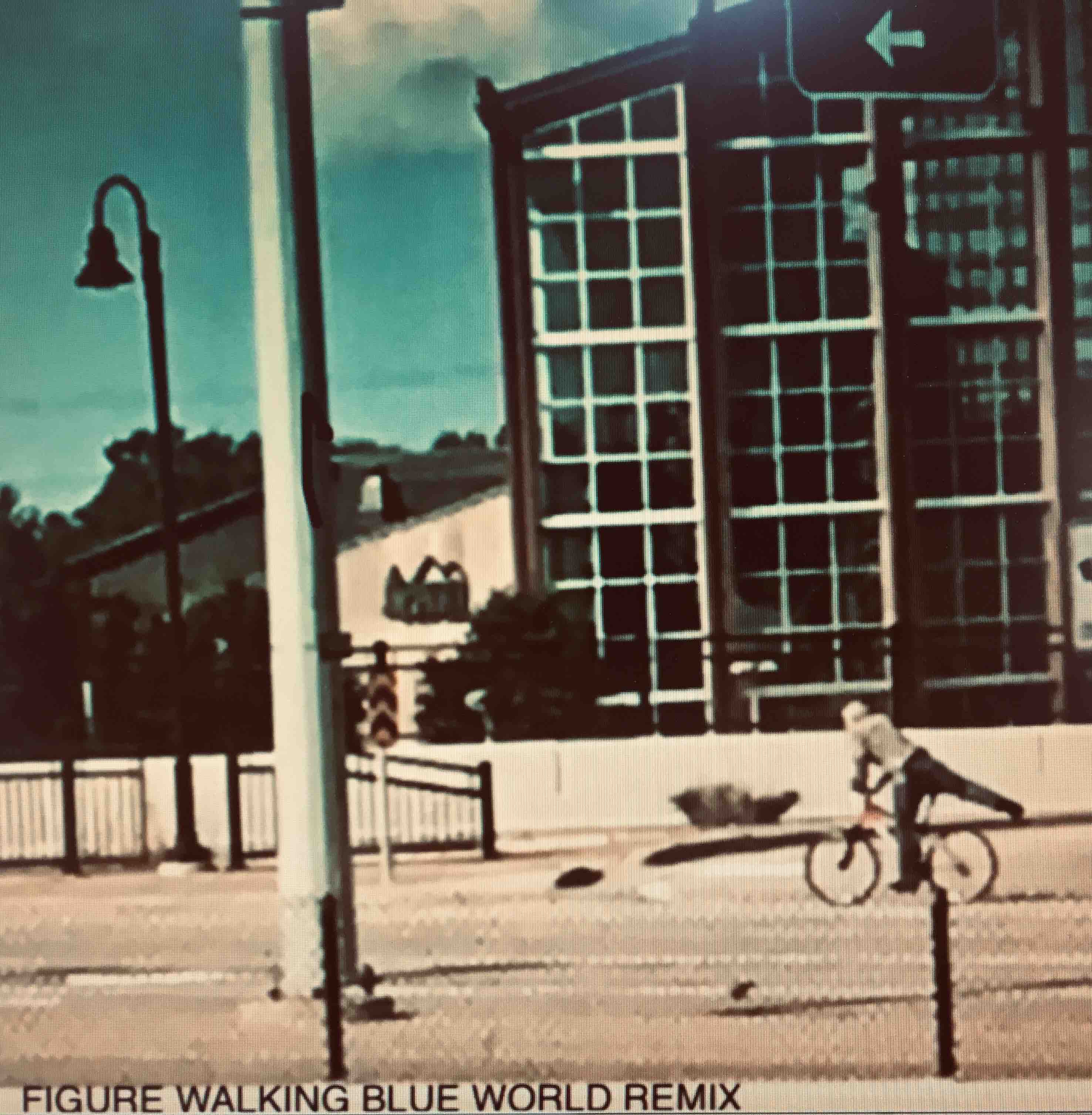 The song was included on 2017’s The Big Other and this exquisite new remix of the song is a real summertime anthem. Here, producer/engineer Richard Hartline and Philadelphia’s critically acclaimed mood-rockers Tulipomania team up at the controls, bringing an already celebratory song to new rhythmic levels. Hartline who played and recorded the piano and organ, also remixed and mastered it with Tulipomania who have released four stunning albums along numerous animated music videos and singles.

Figure Walking plays post-punk oriented alternative music with big and catchy refrains that are perfect for large festivals where crowds sing along in joy. There’s positive energy all over this number song and the result is a glorious and uplifting remix.

“I love to imagine the world through the murky, silver-on-the-ocean-floor filter that is Tulipomania’s music. This remix of Blue World is astonishing for us, like watching an eclipse with welder’s goggles and discovering the sun for the first time,” says Greg MacPherson in a press release for the track. He adds: “The Hartline/Tulipomania remix of Blue World is a gift to us, like seeing our city anew from the slow rise and ominous drift of a beautiful weather balloon at sunset.”

Figure Walking will be releasing their new album vertical/horizontal later this summer.

Keep Up With Figure Walking