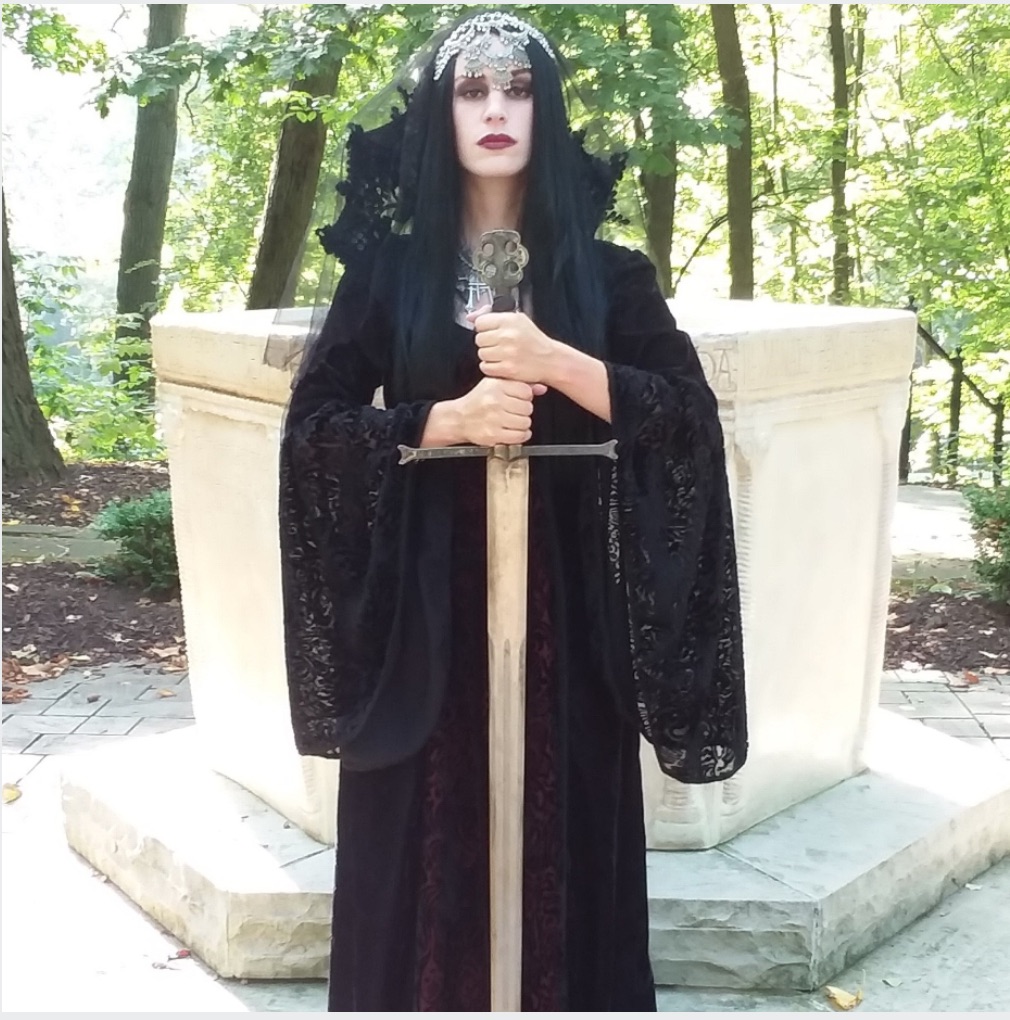 All my darkies and my tribe of medieval Gothics please gather around me as I have a story to tell.

Today we present you the debut single “Modal Consequence” by Cleveland’s own witchery outfit Dispel. The first taste from their forthcoming album Lore, this track features hearty front-and-center mezzo-soprano vocals by Ravensea against the background of glacial industrial rhythms.

Ravensea…soprano, the witch, a thunderous figure and a frontwoman who unknowingly teaches the rest of her tribe how to become another Gloriana of our times. But who is Dispel?! They’re a trio comprised of Scott Dispel, Ravensea and Sean Gallows. Dispel was a founding member of the old school hardcore band Face Value and is also currently the drummer for TEXTBEAK, a studio engineer and producer. Fate intervened when he met Ravensea, a Berklee Vocal Performance/Music Therapy major, who offered a powerful voice and insight into the secret of music’s transcendence of language and cultural barriers. As for Gallows, he’s a Hexx9 recording artist for Black Gallows and Silence Embrace.

You’ll find the first stone and core of gothic music in “Modal Consequence,” along with a dose of dark romanticism, presented through an industrial-oriented sonic treatment. The song is awash in rich textures and dark grooves and it’s a marvel in its artistic commitment. It took me back to when such musical tribes were releasing monumental records rather than just simply showing off their gothic medals. Dispel are narrators of pagan stories, obscurity and the Finite.

“Ravensea sings the Chorus ‘My bones they scream with warning…’Encouraging and preparing our Hero for the trials ahead….We hope to inspire others to take the first step to ‘attacking their destiny’ to becoming the best versions of themselves and in having the courage to strive for achievement, despite the unknown challenges that will surely arise,” Dispel says in the press release.

Lore was mastered at The Cage Studios in Coventry, UK by Martin Bowes of Attrition.

Keep Up With Dispel