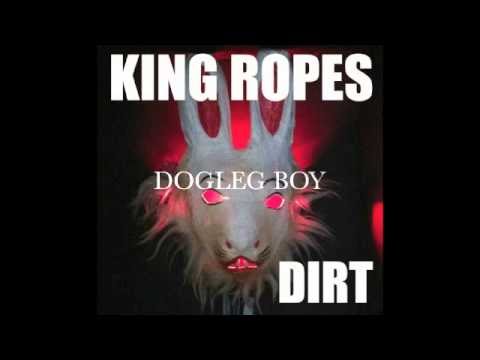 Fans of Neil Young, Wilco, Granddaddy, and even Tom Petty will find much to like on the record, especially the wistful and shambling Americana of lead single “Dogleg Boy”.

King Ropes is an assemblage of veteran musicians, from founder Dave Hollier (vocals, guitar) to Ben Roth (guitars) of Oberhofer and EZTV, Dylan Treleven (bass, guitars) of Oberhoffer and Widowspeak, Adam Wolcott Smith (keyboards) of Zen Mother and the Growlers, and Konrad Meissner (drums) who has worked with Katy Perry and Matt Nathanson.

Album opener “Dogleg Boy” is both earthy and dreamy, moving at a reflective pace of solid drumwork and pressed piano notes, subdued cymbals scintillation, and the rumbling of ominous electric guitar and bass lines. Hollier extends his pensive vocals through the track, alternating between an earnest sing-talking intonation and a sweetly drifting register. “Dogleg Boy” carries all the attributes of classic Americana, and while it may not explode like fireworks, it pervades the mind with shadowy rumination.

Find out more about King Ropes