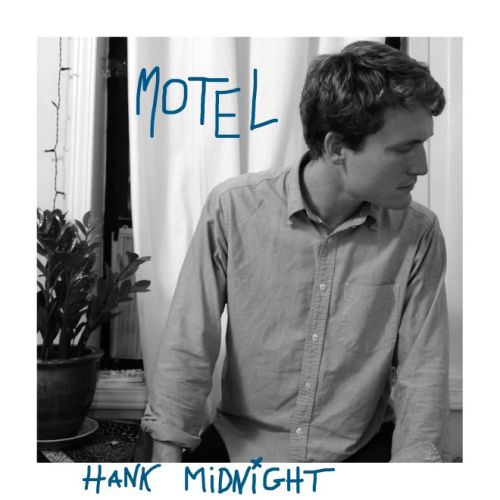 New Jersey native and alt-folk/blues singer-songwriter Hank Midnight settled in Brooklyn in 2012 and has delivered his debut album Waiting, two EPs (Jazz Club and Record-Play-Write), two singles (“For Clarity” and “Losing Sleep”), and music composed for the short films Les Portes and Demi Tour. Midnight is now set to release his second album, the absorbing story-teller Motel, on November 9th.

Midnight’s Motel is occupied with 18 cinematic vignettes that detail its inhabitants and surroundings over the stretch of a single day. Each composition is both individualistic and universal in its themes of desire, (dis)connection, destruction, and the perseverance of the human spirit.

On the mesmerizing, nocturnal noir single “The Mirror”, Midnight gently broods amid a mildly swaying rhythm comprised of subdued electric guitar licks and acoustic guitar strum, ghostly sustained organ notes, and a softly marching drum beat. He pushes out his perceptive, bleakly poetic lyrics in a crestfallen tone, sighing resignedly that when ‘Death’ comes calling, “…you can’t turn away / Take the back stairwell / He’ll meet you halfway / You ask him to leave / but he’s come here to stay.”