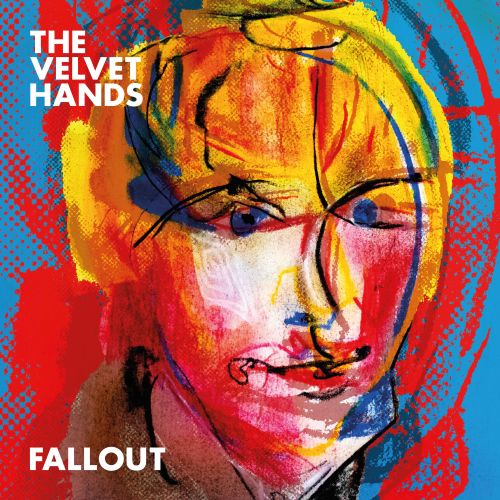 UK-based indie rock band The Velvet Hands has been on the rise for the past few years, starting with a string of dynamic and catchy singles and continuing with debut album Party’s Over in 2018 (A deceptive title, since the party’s in full swing for the band and their followers!), and more recent high-energy singles “Don’t Be Nice To Me” and “This Feeling.”

The Velvet Hands continue their winning streak with the stark and explosive new tune “Fallout.” The song will be released globally on April 17th via Jam X Recordings.

Stereo Embers is super-stoked to host the US premiere of the striking track that melds post-punk angles with raw punk spirit. It’s the next step in the evolution of this rock ‘n’ roll-driven band as they venture into new musical territory.

A deeply supple bass line stretches into a long and loping rhythm, holding down the low end while wiry guitars slice sharply and whip into a frenzy on the chorus sections.

The spare drum beats on the verses continue to build up, along with a heavy dose of cymbals smash, as menacing-tone vocals are roughly shouted out above the sonic melee.

One line stands out among the rest: “Do you believe in rock and roll?” If you don’t, you soon will. The Velvet Hands are here to make a believer out of you!

The four-piece (Toby Mitchell, Dan Able, Louis Mitchell, and Sam Hilder) from Cornwall, England are set to take this 2020 by storm with a headline tour, huge festival dates, and support slots, as well as loads of new music in the offing.

The band is known for their electrifying live shows, performing at the usual venues all the way up to big music fests like Isle of Wight Festival and Y Not Festival.