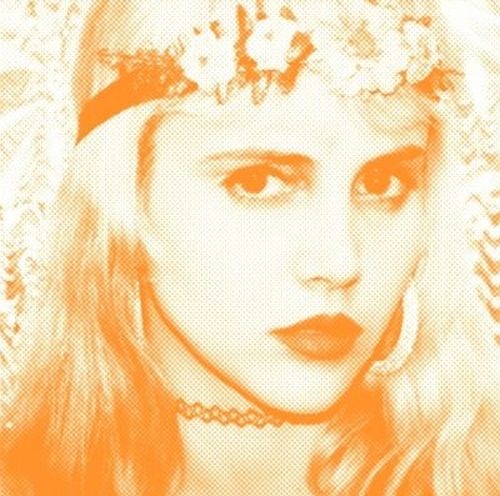 California-based singer-songwriter Elizabeth Le Fey established her psych-folk music project Globelamp around 2010, but she has been a constant presence in the music scene since her teens.

With Globelamp, Le Fey brings out the ‘magical’ side her imagination, conjuring into being faerie and witch-folk songs that have only before existed in her mind or as written poetry in her youth. Yet while Le Fey’s vocals and presentation may be from a fantasy realm, her lyrics are rooted in reality.

Le Fey, as Globelamp, has released two albums; the ethereal Star Dust in 2014 and 2016’s critically acclaimed The Orange Glow via Wichita Recordings.

Stereo Embers is pleased to host the premiere of a track off Le Fey’s new third album that will arrive on October 12th via Nefarious Industries. The engaging “Everything’s A Spiral” is a spare, but shining alt-folk tune that glows with Le Fey’s silky acoustic guitar strum and strikes and her airily sweet vocals. Luminous synth notes hover in the background adding even more radiance to the song.

Le Fey comments, “This is one of the first songs I ever wrote. I felt like it never got a proper release because it was only featured on the Globelamp EP I put out years ago. For people who have seen me play music over the years, the song “Everything’s A Spiral” is an old favorite of mine. The lyrics can be interpreted how you want them to be for yourself, but it was inspired by meeting someone at the wrong time in your life and the thought that “maybe if we met at a different time… this could have worked out” and if that really is true, it will come back to you, because everything is a spiral.”

Pre-Order the new album at these links:

Find out more about Globelamp here: