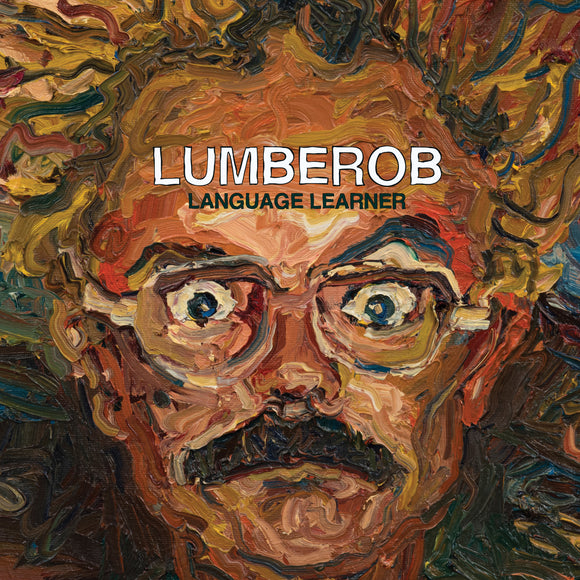 Do the names Jad Fair, Neil Innes, Daevid Allen, Vivian Stanshall and Daniel Johnston fill you with a giddy glee and wonder, make you want to eat sugar cookies and write skewed pop songs that are half fairy tales half cockeyed semi-perverse nursery rhymes half eccentric genius and yes that’s three halves but that’s sort of part of the point? How about an imagined home movie of Moondog at the age of seven singing an early composition after a heaping big bowl of Coco Pops? If any of those names or that zany – if thoroughly intriguing – theoretical sent an endorphin-releasing jolt of curiosity straight through you from head to toe then do we have a treat for you! Lumberob (real name Rob Erickson), a not infrequent collaborator with Kramer over the past couple-plus decades – quelle surprise, no? – first got the latter’s attention when he began his tape-loop journey in Austin in 1999. By all accounts an unforgettable – if, paradoxically, somewhat simple – live experience, part audio-Kreskin on acid part visual shaman, it’s not unusual for Lumberob to leave his audience, be they newbies or experienced Lumberobbers, just about vibrating with awe. His is an innovative energy from every critical angle and once exposed you’re not only not likely to forget it but instead carry it with you forevermore, a sort of force-field second skin you’ll never shed. Thus does in make a kind of jittery brilliant sense that the artist’s only appearance in this short burst of a video comes in just a few quick cameos that take the form of either a mostly smeared close-up blur or a mock hunter’s pose with an invisible rifle (both of which, in the stylistic context in which we find ourselves, make perfect sense). Otherwise, like a Team Body Project clip choreographed by Pee Wee Herman, we’re treated to the kinetic frenzy of a troupe of dancers in workout togs with overlaid Pythonesque cartoon manipulations keeping time. If that sounds so crazy it just might work, you’re on the Lumberob wavelength and ready to hit ‘play.’ Though celebrated by no less than Penn Jillette, it’s nonetheless still the case that, in the select but lauded world of eccentric savants, it’s well past time that Lumberob got his wider due. [find everything Lumberob you could possibly need, including the Language Learner album link, here]