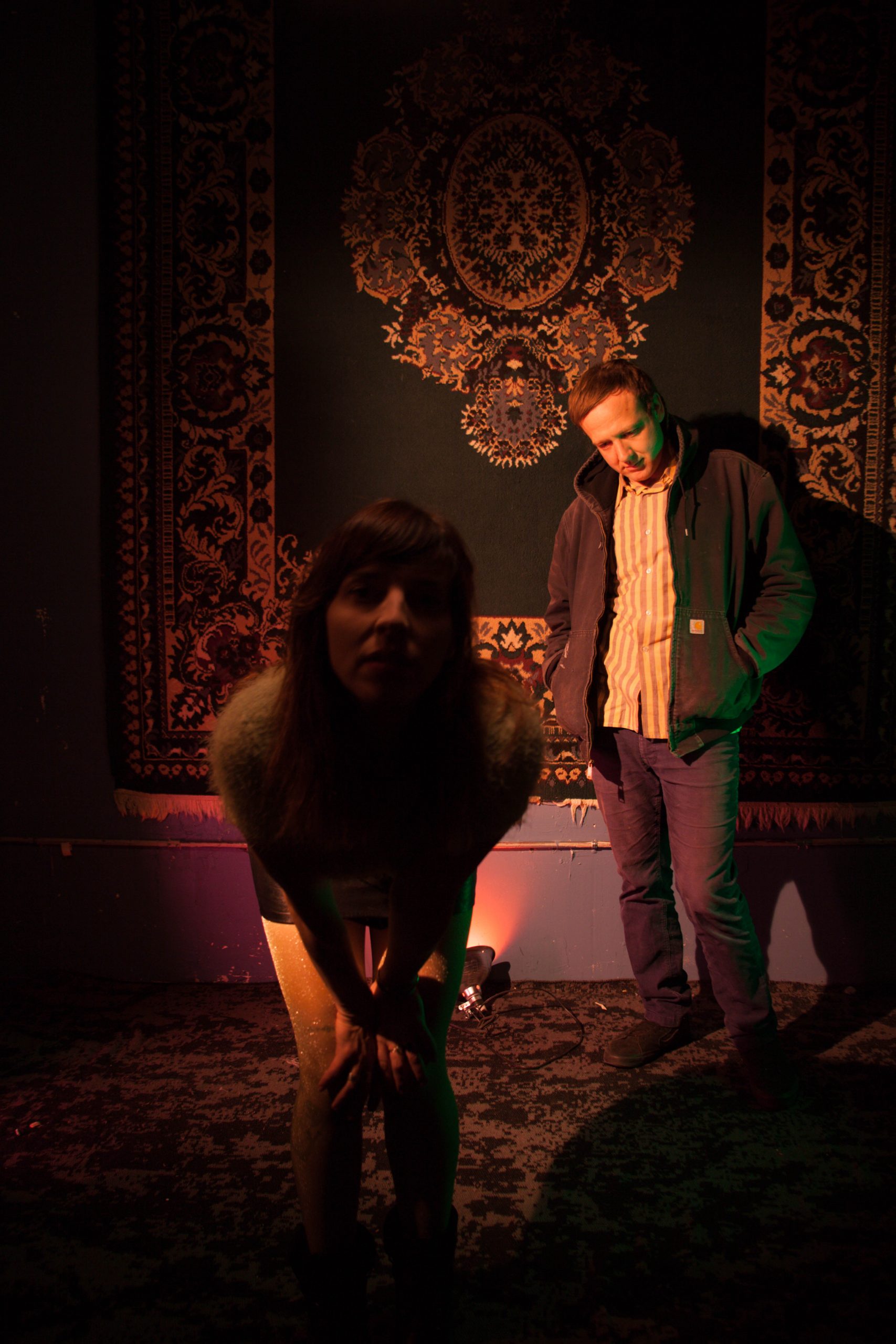 Photo used by permission from the band

Well now, we have to say that being offered to present this video by the highly respected Oakland-based band The Acharis (Mila Puccini & Shaun Hunter), is, yes, an honor but also just a real treat. While not, per se, an exclusive single premier (because, well, it’s not officially a single), nor meant as an album announcement (still under wraps as I write) even as it is a sneak-peak teaser of sorts into that upcoming John Fryer-produced album (Blue Sky / Grey Heaven) due the second half of the year, it is nonetheless a video premier, just one not connected to the typical promo push generally associated with the word ‘exclusive’. All that said, what the release of this video really is, more than anything else, is a visual and sonic gift to the band’s fans while they await word on exactly those highly anticipated pieces of news we’ve just teased above.

Meant as both a celebration-capping paean to Women’s History Month and as a tribute to the breathtaking film collection known as the Prelinger Archives (courtesy the San Francisco Film Archive), “Jesus Thrill” is in fact a bit of a thrill ride of a track. As kinetic as it is hypnotic, with the impatient rhythmic intensity of Th’ Faith Healers, the buoyant spirit of a Stereolab even more under the spell of krautrock than they already were, and, to top it all off, a daringly integrated streak of experimentalism that somehow merges the outsider tendencies of Can with those of the No Wave scene, we can say with some certainty that the song sounds like nothing we’ve ever quite heard before, which is a listening experience so vanishingly rare for most of us these days that we’re just about ready to gin up some sort of Acharis-shaped statue and set it on a pedestal outside our office.

But beyond all that, what’s perhaps the most stunning aspect of this video is the imagery itself. Flinging us back in time through the most cinema verité prism imaginable – home movies – we basically glimpse a flashing sequence filled frame by frame with intimate nostalgia, the candid nature of the visuals, saturated here, faded there, everywhere real as real gets, offering offhand portraits of women captured in a wide spectrum of activities and emotion, that, due their lucently honest quality, imbues them with an innate humanity so often missing from the staged portrayals in film and television. That the slant of the video shifts toward a more conceptual direction in its last minute and a half not only adds to the alluring mystery of the thing but brings us back to the essence of the song itself as it shape-shifts its way toward the runout groove. A brilliant bit of overt subtlety, we think you’ll agree, and if the goal here, beyond the obvious respect paid both the subjects of the video and Rick Prelinger himself, was to leave us in a state of suspended yearning for the release of that full-length, well, job well done.