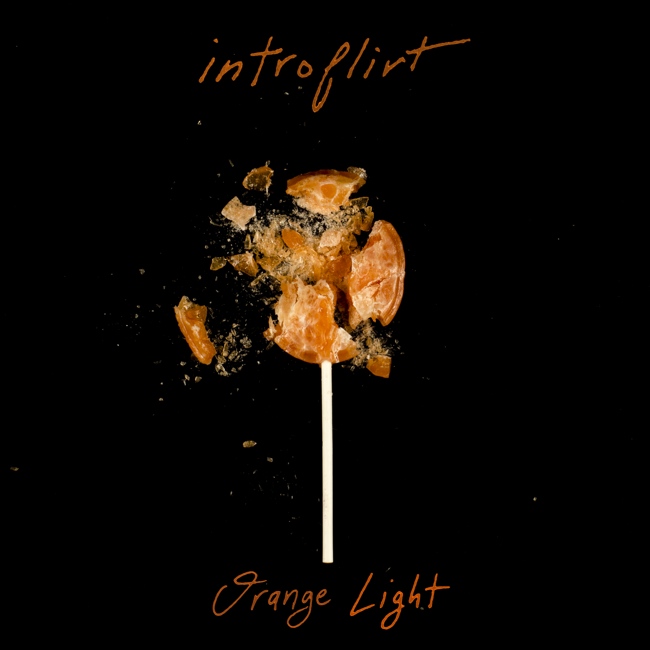 Much like a rocket leaving the earth’s atmosphere, Oakland-based synth wave crooners Introflirt are now onto the second stage before launching their sophomore LP ‘Temporary Heaven’. This is good news for us here as we have the privilege of premiering the second single from this release.

A twitchy blast of blissful pop, “Orange Light” is one of the catchiest songs of the year.

With vocals that evoke the subversive croon of Marc Almond or the lustrous David Sylvian-led Japan, singer Ben Benjamin has an alluring and infectious delivery. With swooning sexy synth and electronica instrumentation provided by Vafa and Brendan Dreaper, this inventive trio have found the formula for sonic bliss.

Last month, the band released the first single from the LP, called “Frozen Lace” – a song that goes against the grain of the sexual repression so common in our society. Delivered on a first-hand basis, Ben Benjamin is at his most convincing and tantalizing.