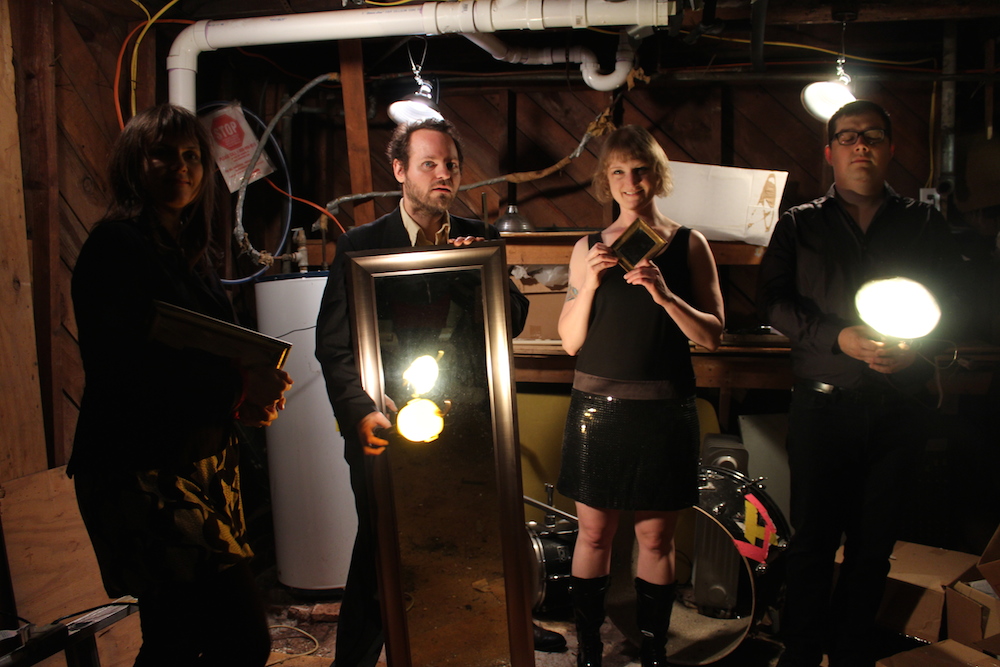 Remember this Tunabunny review from 2014? If not, take a quick scan then come back (we’ll wait for you). Intrigued? Well, yes, so were we when offered this latest single from that band’s enigmatic, prolific, uncontainable mad genius of a drummer Antlered Aunt Lord (his mother named him ‘Jesse’) – and cohorts – from his/their upcoming album Ostensibly Formerly Stunted (and on fire), released Nov. 20th on Athens GA imprint Happy Happy Birthday To Me. Frankly, we found that Tunabunny record to be more refreshingly adventurous and confident than almost anything released last year, a real left-field stunner that refused to leave us alone and haunted us playfully deep into the night. The same might be said here, as the shouty-yet-tightly-coiled track builds, stops, starts again like nothin’ happened and just generally leaves us giddily eager for the full-length. Driving crazed prog-pop extraordinaire, there’s something of a Devo feel to it if they’d tried to sound like James Brown doing an impression of Polyrock. Check it out. It’s nothing – and we mean nothing – like you’ve heard this year or pretty much any other. On par with his parent band, there would seem to be nothing less than a bottomless well of inventive go-for-it skewed rock’n’pop’n’roll happening down ’round Athens way. In a very real sense, we’re jealous. [feature photo by Brigette Adair Herron]