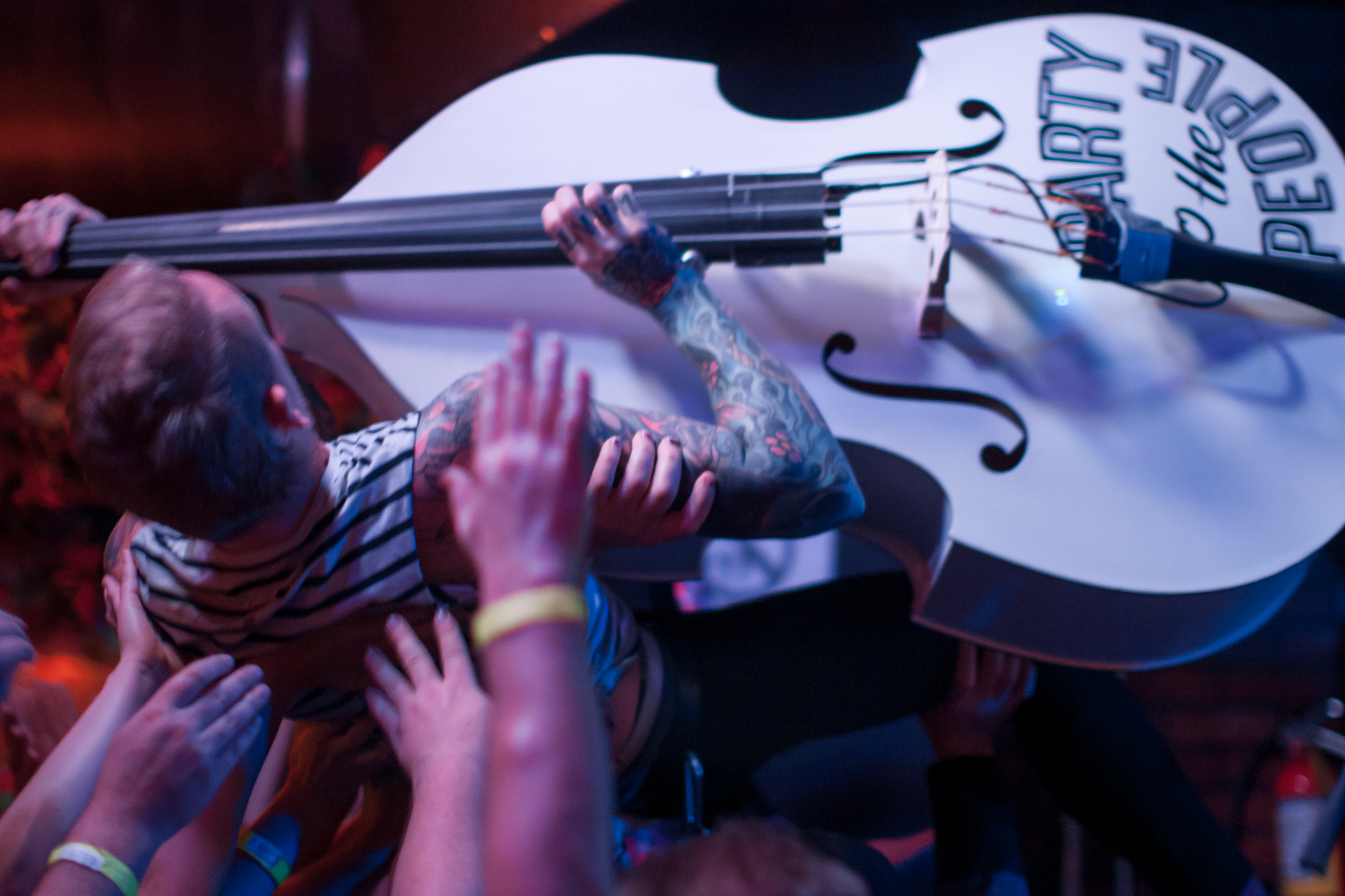 A few weeks ago I photographed the six-person UK band Skinny Lister in San Francisco.

On tour promoting their new album, The Devil, The Heart & The Fight, Skinny Lister had Austin Texas’ Lincoln Durham and Wisconsin’s Trapper Schoepp with them for much of their U.S. tour. Durham and Schoepp in addition to opening the show, also came back onstage during ‘Lister’s encore.

I first saw Skinny Lister during the 2012 Vans Warped Tour and I thought they were the most interesting band that year, even though they didn’t have a drummer (they added one a year later).

On this tour, Skinny Lister feels more like a fun punk band than a group of folk musicians, though they play a fiery blend of both. The band joins the crowd and pulls them onto the stage.  During the show, I wondered if this is what The Clash would have become if there had not been so many expectations. I want to tell you that Skinny Lister is that good and that much fun, except I don’t want to place any expectations on them for fear of ruining the experience.