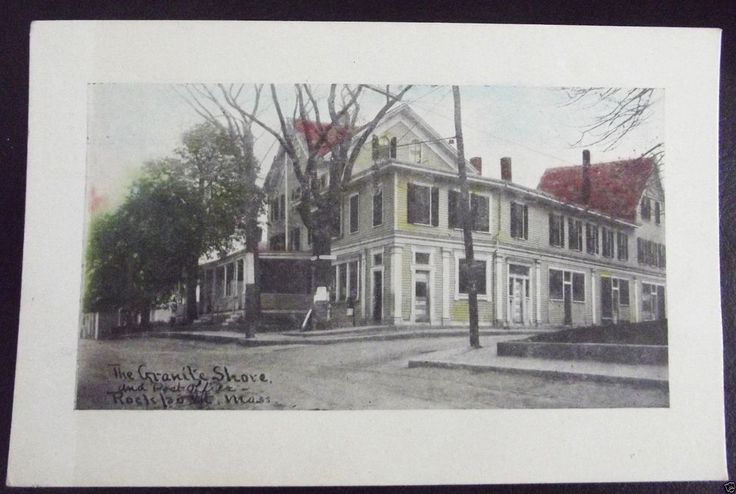 First off, with the exception of #1, this is in no way a comprehensive ‘Best of 2015’ list. Sadly, there’s simply (and honestly) no way to process the many many albums that are released in a given year in a meaningful way. Therefore, what I offer here is as comprehensive a snapshot as I can give. Generally speaking we here at SEM don’t have access to everything that’s released in any said year and therefore have to go with what we have. That said, we do have a pretty solid idea of what’s out there, hence the inclusion of titles that weren’t reviewed on the pages of SEM. It was, as ever, a very gratifying year, full of innovation, pure pop suss as has seldom been breached, and titles that escape any particular categorization. Caveats assured, I give you my “top 10” of 2015. It’s been a helluva year. Let us proceed in descending order:

1) The Granite Shore – “Once More From the Top”

It was pretty clear from the off that this album would take my top spot for 2015, and if that seems presumptuous beyond professional decorum, well, that’s just the way it is sometimes. Absolutely rich with metaphor and emotional sincerity, a ‘concept album’ that actually gets what a concept album should be (especially in 2015), blessed with a musical congress beyond reason (Phil Wilson, Martin Bramah, Arash Torabi, Stephen Perrin, and Mike Finney of the Distractions, among others, to say nothing of the consummate presence of Nick Halliwell himself, AKA “Mr Granite Shore”), nothing really even came close this year. Should you not believe (shame on you), you can pick it up here, and thank us later. Easy #1 2015.

Obviously we all loved the Go-Betweens, from their original incarnation to their second act that carried them through the late 90’s and into the early 2000’s until the untimely death of Grant McLennan. Since then there has been a surfeit of hand-wringing and sorrow among fans, but surviving head man Robert Forster arrived to salve any and all pain the typical Go-Betweens fan suffered since Grant’s passing in 2006. A truly poignant yet un-maudlin return to form, Forster’s first album since 2008’s slightly austere The Evangelist spoke with great – if indirect – eloquence to both the memory of his former essential co-writer and the fact that the creative wheel rolls on. Pure beauty.

A Liverpool-born band (since 1987) that developed by inadvertent default a layer of mystique that couldn’t help but be born out of their brand of spiritual/mystical musical exploration, RAIJ (as they are acronymically known) emerged this year on the Occultation label with a sense of purpose that surpassed ‘renewed’ and flowed directly and without hesitation into ‘driven and inspired.’ Never ones to shy away from the intense rigors of the transcendent, the band, with an innate sense of where the dividing line is between the yearn of human emotion and the glow of the eternally numinous, between the lachrymal and the sacramental, managed perhaps the year’s – and, well, any year’s – most uncompromising, devotional record.

Probably we’ve said too much already (check our review here and our recent Video of the Day here) so it would seem wise to simply allow those words and the following clip (live on WNYC’s “Soundcheck” with long-time guitarist Chris Cochrane) to speak for themselves, as they will do with an unhesitating certainty. All we’ll add is our opinion that 2015 would not have had quite the prevailing sense of open-hearted intrigue had it not been for this quietly – if boldly – assured record that took bracing measure of the emotional pulse of our times in a way both intimately personal and unerringly universal. To put it in the most succinct terms possible, Airless Midnight simply made us very happy to be alive this year.

5) JULIA HOLTER – “Have You In My Wilderness”

With that voice, with that indelible, unswerving pop intelligence which seems to truly exist on a plain above, it would be a rather stunning surprise if this album wasn’t on this or anyone else’s list. Mixing in the usual touches of the unexpected and often experimental – free skronk jazz here, urban harpsichord groove there – the singer/songwriter that seems to be single-handedly rewriting the definition of that term proves herself fearless and unselfconsciously on the edge of genius, a term we fully understand shouldn’t be tossed around lightly but still seems to attach itself to this artist with a natural elegance and ease.

6) THEE KOUKOUVAYA – “This Is the Mythology of Modern Death”

An absolute mind-fuck of seductive electronic imagination, nothing much prepared us for this release in August on Saint Marie Records. Plumbing the depths of time while skimming along on the visceral edge of the modern, this Greek band came out of a kind of cosmic left field and left us flattened and exhilarated. “Consider Eno and Roedelius basking in a programmed, sundialed heat, their lizard tongues darting, lolling, darting some more” we said about one of the tracks (“Prismatic Sun”) and that’s but a fraction of the exotic-yet-musically-grounded work that was perfected half a world away on the island of Crete. Consider us mesmerized, ecstatic, and chilled out down to our very marrow. This record left us breathless in the very best way.

While greatly taken with this Dunedin band’s debut (Feel in 2012), this sophomore release not only eclipsed that effort but brought the momentously jangling threesome to a level of poptastic-ness that was pretty much unmatched in 2015. Forcing us to name-check everyone in our review from Lee Hazlewood to Jesus and Mary Chain and plenty more between, Cosmic Radio Station had us straining for our “Kiwi Rock Book of Superlatives,” in the process easily establishing this band in the austere pop lineage of their renowned forbears. In short, great stuff with a stiff streak of the irresistible. Well well worth the grab if you haven’t done so yet.

A simply unbelievable stroke of avant/guerilla art-rock, it was this record as much as any that made us just give up being surprised by the unparalleled pop experimentalism issuing out of that never-ending hotspot Athens, GA. Another Hannah Jones joint (as we had fun saying), she of The New Sound of Numbers among any number of other gooseflesh-raising outfits on the excited fringe of what we might call the ‘American Down Under,’ this release wound our clocks in every imaginable direction. Full of dense but adroit surprises at every turn, what choice did we have but to marvel. So far under the radar of most music outlets as to pass by without so much as leaving a shadow, we here at SEM were lucky enough to catch a mythical glimpse, and the DNA of our musical horizons were likely changed forever, and amen to that.

Well, alright, perhaps this one isn’t that much of a surprise given our rapturous response to last year’s Compassion Fatigue 1-8, but regardless, one has to wonder just how deep this fellow’s well is. To more or less follow up CF 1-8 with an album of this depth and warped sincerity, with just as much clever wordplay and mischievous musicality (while setting aside the pure punk album – This is Planet Grot – that appeared between) borders on both the Herculean and the perverse. Whatever, we’ll take it, and reserve space on 2016’s top 10 list as well for what is most certainly going to come along in the next 12 months with a confounding inevitability. Long live Ashley Reaks, we say, as few have ever made our jobs this easy.

What do you get when you take four crucial players from the pop incendiary That Petrol Emotion (that just happens to include a member of the legendary Undertones) and inject them with a sense of modern-day purpose that suggests the secrets of immortality? You get The Everlasting Yeah, of course, a band who could not only not have a more appropriate name – enthusiastic ‘YEAH!’s are guaranteed with every listen or your money back – but also couldn’t more prove the adage ‘You’re never too old to rock and roll,’ though in these guys’ case, it seems more the case they’re just freakin’ ageless. We leave you this year with the opening track from their debut album (released privately in 2014 but finding wide release in October of this year), a track that blends the bloody addictive with the still bloodier addictive that’s also just possibly the best song to listen to on your way out the door to your New Years Eve hijinks. Cheers, everyone, see you early January 2016.