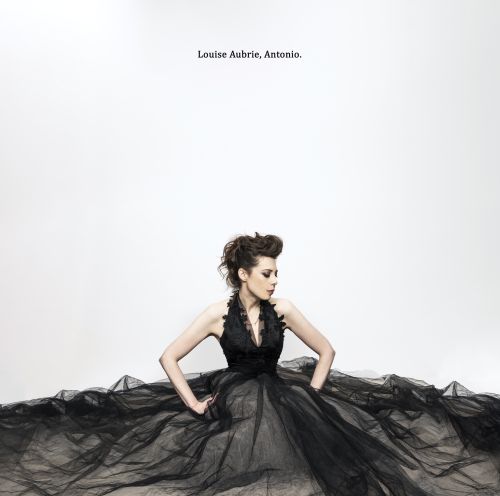 The Andy Woodard-produced LP was written in New York, recorded in London, and mixed (by Ken Sluiter) and mastered (by Dave Collins) in Los Angeles.

Aubrie showcases her sleek and direct pop and rock styles on the full length, crafting hooks that dig deep, supplying energy that doesn’t stop, and exuding passionate to matter-of-fact emotions about love, loss, and getting on in a tumultuous world.

The artist has worked with musician Boz Boorer (of Morrissey fame) on much of her output, and Boorer has been a guiding light for her music and career.

Boorer contributes guitar- and keyboards-work to Antonio, and other guest musicians add various instrumentation to flesh out the record’s dynamic and catchy sound. Aubrie wrote all the songs on the album and can also be found on keyboards.

The restless “Ours” is rife with thickly swirling sonics and charges along with a kinetic marching drum beat.

Aubrie sings in an unvarnished, but bittersweet tone about a seductive relationship that most likely won’t last past the night…

Find out more about Louise Aubrie: