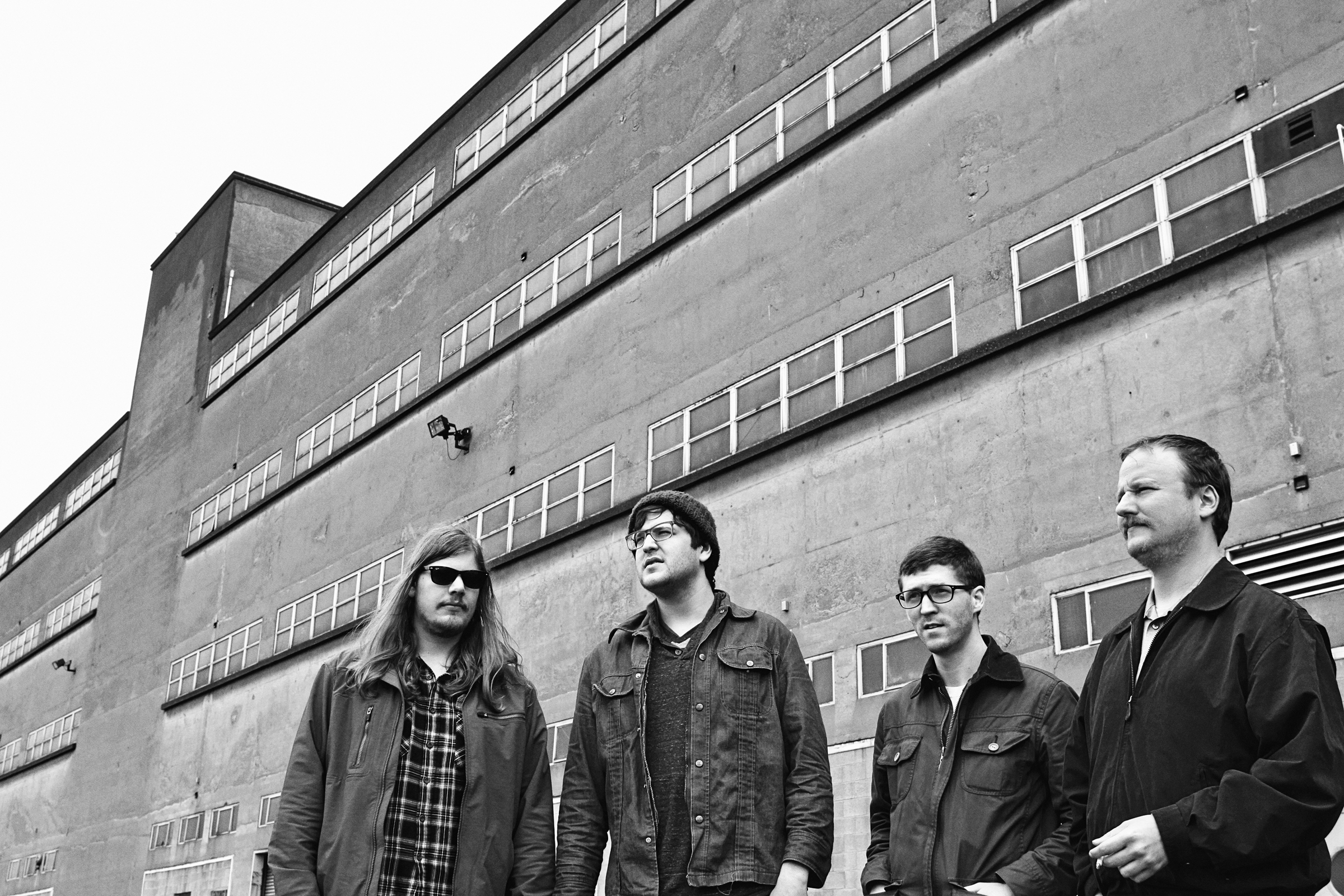 This was a tough call. We have other wonderfully mind-blowing post-punk pieces waiting eagerly for publication that we believe you’ll be well-pleased to read and experience but for a couple of reasons we’ve chosen to let them simmer for a bit longer as we bring you the second installment of this instead. One was simply the overwhelming response to that original piece. We clearly hit an excited nerve bringing those first twenty bands from around the world to you and far be it for us to keep you from your next helping. The hunger is obviously there. The other reason was the number of responses that were some variant of “That’s a great list but what about ____?” At that point, what you see before you was already in the planning stages. We’ve added a bit of commentary to each listing this time as it’s good to have some context, we think you’ll agree. Alright then, let the mixtape begin, and if there’s someone you think we missed, well, not to worry. It wasn’t exactly easy winnowing this list down to the twenty you see here, so you can bet we’ll be back in a few months (at the most) with part III.

Releasing their self-titled debut in 2011 and then almost immediately finding themselves sharing stages with the likes of Bauhaus and Peter Hook & The Light wasn’t enough for this elegant-sounding quartet, they had to attract the services of Ed Buller (Suede, Pulp, Raincoats) to co-produce (with Niklas Björklund) the first two singles of their second album, which was released earlier this year.

From Helsinki, they’ve only had but one release so far, debut album Climax, but both the brutally compact strength of that record and having a guitar player named Goatspeed all but guaranteed them inclusion on this second go-round.

Part of a flourishing scene on the Iberian peninsula (not the only one to make this list, you’ll find), this Barcelona-based band with a lead singer from Poland traffics in the more politicized end of the post-punk spectrum, with plenty of pummel to go with the sinuous bass and scything guitars. Bloody excellent live, too, it should be noted.

If any proof were needed that this current, vital revivalist wave is indeed spreading to all corners, Candy Colors may have to be exhibit A. Coming out of León De Los Aldama in the Mexican state of Guanajuato, they only have the one album available via Bandcamp but it’s really quite fabulous and anyone reading this that has links to a post-punk label should be immediately booking their flight for nearby Guadalajara now.

There’s arguably no region more post-punk fertile right now than northern Europe, from the Scandinavian peninsula to Poland. Hailing from Kraków, Bad Light District emerged in 2009 with the hypnotic Simplifications which engendered years of busy touring before sophomore effort Nothing Serious emerged in 2012. New one due, then, we say, eh?

Admittedly we haven’t seen a new release from this lot since January 2012 but their debut release in 2011 (Principles In The Light) makes them a far too intriguing proposition to omit from this list. All we can say is they better still be together.

Gaining significant traction in both the US and Europe, Makthaverskan formed out of the most classic circumstances imaginable: boredom, teenagedom, alienation. Right now riding the crest of a wave of appreciation for their second album (entitled, crazily enough, II), it would have been some kind of crime not to include them on this list. [see CITC review of II here]

Sharing the dark peace punk end of the spectrum with two of the last list’s most intense entrees, Arctic Flowers and the Estranged, with whom they’ve split a 7″ and toured, respectively, this quintet that began inauspiciously enough in Coombs around 2008 or so is now among the highest profile bands in what is an insanely fertile scene roaring through Vancouver’s underground these days.

Formed in, of all places, the Rob Halford Bar in Berlin Christmas 2009, the band didn’t exactly jump immediately into the ring, taking a year to finally rehearse for the first time and a year and a half after that before they played their first gig. A logical choice to follow the Spectres though with more of a Killing Joke throb, their debut album appeared in 2013 and, seeing as they’re touring the States right now (in Portland in August at a tiny little club in northeast), it would seem they’re finally moving apace.

One of the more grievous omissions from the first list, this Detroit four-piece’s sound is a reflection of not only their city and its recently checkered history but as well the circumstances of the band’s early rehearsals, held in a frigid warehouse with only beer, cigarettes, and mickey mouse little space heaters to keep them warm. Under such circumstances, short songs become the order of the day, and indeed the sense of urgency you’d expect from both those sets of conditions is evident on their recent (second) album on Hardly Art, Under Color of Official Right, which you can also read a CITC review of here.

Formed in 2006 in the “mystical town of São Thome das Letras” and avid (obsessive, even) believers in the DIY ethic, they’ve recorded and released five albums, produce their own videos, T-shirts and, who knows, probably concert cookies as well. They’re immersively plugged in to the re-ascendant Brazilian scene and as tireless and committed as anyone on this list. They’re also hard at work on their sixth album.

The first (but certainly not the last) of the bands in the mysterious and wonderful Swiss Dark Nights label to appear in this series, there’s not much to tell about the band themselves as every act in SDN’s ever-expanding stable is as enigmatic as the label itself. We can tell you, though, that everything we’ve heard from the Alps-shadowed Swiss Dark Nights is beguiling, intriguing, and lingers in the air like a dark fragrance caught in a half-sleep dream.

Featuring but two, Julian Teakle on bass and Peter Escott singing and manipulating the machines, they nonetheless manage to make a basement-rumbling, intimate beast of a sound that captivates even as it oftentimes disturbs. Minimalist and softly nightmarish like Young Marble Giants in an updated Edgar Allen Poe allegory, there’s really no one sounds anything like them.

Though their status is somewhat in flux right now, this modest band from the endless wellspring that is Dunedin injected so much natural verve and inventiveness into their debut back in 2011 to ensure their inclusion on any list like this that’s the least bit serious. With a dizzying blend of Delta 5/Modettes sass and a bit of Fall-ing-down-the-stairs charm and a kick of Josef K and some county fair drunken waltzes to boot, they were clearly a proposition that comes along only very rarely, the right people bumping into each other at the right time in the unlikely right place. Here’s to hoping there’s a second album somewhere on the antipodal horizon.

Fronted by ex-Circulatory System member Hannah Jones and including a member of Pylon (Vanessa Hay) and an Olivia Tremor Controller (John Fernandes) among others, the band have been described as “an experimental post-punk band” and we’d be hard-pressed to argue with that. While much of the new class of artists in this genre focus on Hooky basslines and sharp angular shadows (and god knows we love that stuff, who doesn’t?), it’s still the rare few that explore the more adventurous byways that defined that era as much as scything guitars and brooding vocalists. The NSON exemplify that spirit.

And speaking of adventurous. Another duo (Andrya Ambro and Sarah Register), they make a sound that claims a territory somewhere between the angsty intuitive noise of No Wave and the challenging, artfully confrontational hubris of Lilliput and the Slits. In short, excellent, edgy, and sui generis in extremis.

Yes another duo from Brooklyn, this marvelously dystopian duo eschew guitars altogether and yet manage to create a mournful, evocative soundscape that asks you to consider New Order as a borough-constricted synth concern full of loneliness and ambition. Wonderful, in other words.

Named after Aleister Crowley’s personal secretary, this lot has but the one debut album released last September but have immediately made their mark. Some bands are just like that, and this is one of them.

THE AMOUNT OF LIGHT WE GIVE OFF (Germany)

Though only able to lay claim to a single 7″ and assorted videos at this point, this Chameleons-directed outfit from our fair city has already completed their debut album at budding Portland legend Evan “Maus” Mersky’s Red Lantern Studios and promise to be a stirring force in the very near future (and turn this WAY up).