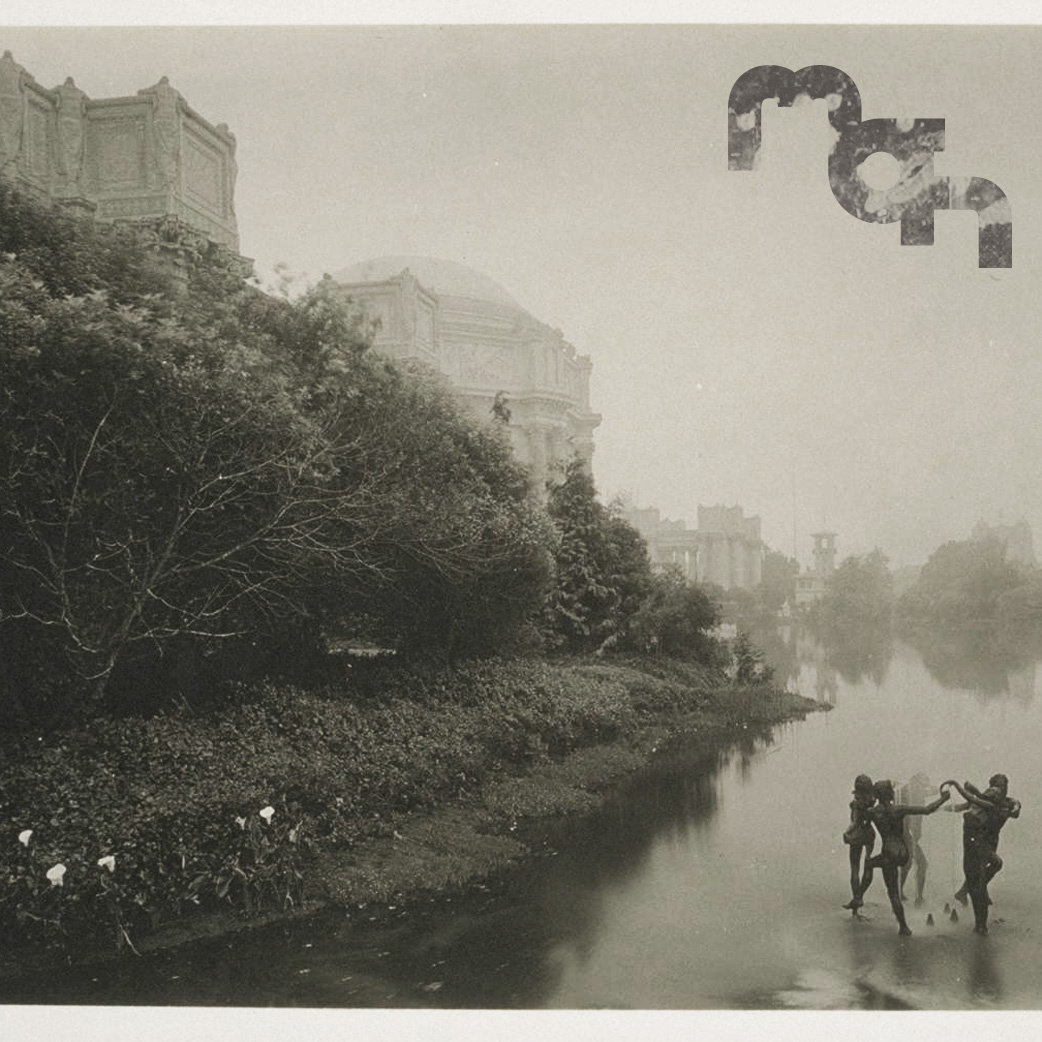 In what’s fast becoming a Stereo Embers tradition if not a bloody institution, we offer you our third installment in this popular series that seems to promise limitless sequels spilling out over the horizon with nary a diminishing return in sight. Once again we traverse oceans and trespass borders to bring you a rather dazzling spectrum of bands exhibiting an adventurous range of styles and approaches to a genre of music that first emerged from the gone-down-in-rhetorical-flames ashes of punk rock some 37 years ago. That it continues to inspire both in terms of pulsingly vital energy and/or a hunger for experimentation is, well, inspiring. Once again we offer some contextual commentary as first appeared in the previous piece while retaining the same level of quality that animated the original article nearly a year ago. And please, don’t be shy about letting us know who we’ve left off. Just shout it out in the comments section down below and we’ll be sure your voice is heard. As mentioned, there’s really no end in sight, as the intense interest of fans and bands alike continues to be nothing less than staggering. Here then, in roughly whimsical order, #41-60, and by all means turn it the hell up.

Featuring former members of Wax Idols, The Soft Moon, and, notably, Veil Veil Vanish, the band rather burst into the limelight with their debut album Memory Work, released in early June. Where everyone seems to call their sound ‘dark and dreamy,’ we hear something a bit more menacing, a bit on the haunted tip.

Frustration’s label Born Bad Records’ website posits the band’s sound as being akin to Warsaw meeting Wire meeting The Fall and for once such a hybrid description makes sense, as passion grabs precision by the throat and gets all propulsive and herky-jerky out on the dancefloor. With their debut album Relax ironically whipping our heads around in 2008 and follow-up Civilization continuing the measured rampage in 2012, it would seem prudent to expect their next album year after next, but in our imprudent hearts we hope against hope that they break their pattern.

Emerging from the ashes of Newtown, CT band Apse in 2012, founders Robert Toher and Austin Stawiarz more or less picked up the dark torch of sound dropped by that band and continued it forward, putting the ‘post-rock’ into ‘post-punk’ in a way very few of their peers could manage. Sometimes dense, somehow sprawling in a tightly coiled way and always rather mystical of bent, ERAAS is the sound of one band clapping, which makes no sense but somehow sounds right anyway.

A slight bit off the map in a place that itself is a bit off the map (even as its world-renowned in certain circles as the birthplace of Kiwi pop, Verlaines, Chills, Bats, all that), Strange Harvest consists of the dynamic duo of Justin Walshaw and Amber Skye making urban dystopian trance anthems that somehow retain a warm-blooded ambiance. Above all that, though, the tracks on Inside A Replica City are luringly addictive and we hear some rumors that a second album is imminent. Consider our breath bated.

Referring to themselves as a “4-piece synthpunk/cold wave band” seems a tad off the mark as it fails to convey the visceral punch packed by this young, fairly new band (a 7″ and an EP issued in 2012, debut album First Second in March of this year), and once again Copenhagen produces still another rising post-punk juggernaut.

With a predilection for synths and echoes and extra vowels as has, these days, become so de rigueur (speaking of extra vowels), Flaamingos rather appeared out of nowhere in 2013 with a self-titled debut that grabbed our attention before we even heard a word because it was on impeccable post-punk label Felte Records (Tower of Light, Soviet Soviet, the above-mentioned Eraas among a throng of others). They did not – no big surprise – disappoint.

The first of three Portland bands on this list, joining previous appearances by Arctic Flowers, The Estranged and Shadowhouse – yes, we got it going on up here – the band seemed on the verge of disappearing there for a while but mercifully they’ve re-emerged and from all reports are as energized as ever, at which point we say “Yes, there is a post-punk God!”

In our review of this lot’s most recent release Watershed we asked rhetorically ‘Is post-punk americana’ possible?’ The answer was an unequivocal “YES!” though with certain stylistic caveats (no banjos, for instance). One of many bands both post-punk (Protomartyr) and otherwise (Northern Arms) that underscore the percolating health of the Philly music scene.

Though we have no way of knowing whether the fact that solid information about this band (such as where in Russia they’re exactly from)  is maddeningly thin on the ground is a product of an abiding belief in privacy or is intended to bolster their mystique, it’s ultimately immaterial seeing as how great they sound. Already two full-lengths in with a third on the way in 2015, not to mention an abundance of singles and EPs, all issued since 2011, it’s well past time this gothy force of nature landed on our radar.

Citing as influences Comsat Angels and Foghat and describing their music as “some post-punk, some hesher” only serves to double down on Flaum Adger’s tongue-in-cheek cheek that already appears unmitigated in the tracklisting of their self-titled LP (“The Church of Satan & the Custody Battle,” “Goth on Sunday, Glam on Payday”). Comprised of spun-off detritus from Jesus Lizard, dis-, Sixto, and about a dozen more bands, they’ve only got the one album to their credit thus far but seeing as that was issued in May of 2013, perhaps it’s not too much to hope another is blowing in off Lake Michigan as we speak.

Not to lean too heavily on influences, but we’d be remiss not to mention them in this case, if only because it’s just about the ace-est combo we’ve seen: The Beatles, Sonic Youth, Syd Barrett, The Breeders, Neu!, XTC, Super Furry Animals, Love, Amon Duul II. Named after an obscure-o Klaus Kinski film, they’re another new, exciting, under-the-radar band that has just the one self-titled album to their credit that’s also over a year old now so hopefully…(plus, creepy man-cat video!)

Comprising one Aris Bassetti (the Swiss half, guitar, voice, graphics) and Barbara Lehnhoff (the Canadian half, bass, voice, filmmaking) – we think we got that right – Peter Kernel, as per their bio, are ‘inspired by a love story, they play music anyone can play in an attempt to satisfy man’s basic human instinct: a beat, something loud and a few words. Primary rock.” We couldn’t have said it any better so that’s why we didn’t try. With a handful of singles and a couple of LPs, the last one of which was 2011’s wonderful White Death Black Heart, one could be worried as to their status but worry not, we think, as they toured mightily through 2013 and our guess is they’ve taken 2014 to regroup and, one hopes, record.

Along with the Estranged something of the eminent grises of the current Portland punk/post-punk scene (their first LP dates to 2007), the band’s two founders, Hajii Husayn and Douglas Burns, made good on a pact to do a band together once Hajii returned from Amman, Jordan. It would be called Red Dons and, after stints in the Observers and Clorox Girls, that destiny would be fulfilled. And lest you think that the band has been somewhat dormant considering their last LP arrived in 2010, well, think again. A single called “A Vote For the Unknown,” with a certain TV Smith providing cameo vocals, was just released this last October 1st.

Located – unsurprisingly given they were founded by two guys going by the names Betrayal and Void – down on the goth-punk end of the spectrum, DP nonetheless makes a beautiful throbbing and above all tuneful racket that has all of us here at SEM thinking of taking out second mortgages or selling our company stock (that’s a joke, btw) so we could travel to Poland to see them live.

Founded in 2010 by Max Rieger, Julian Knoth, and Kevin Kuhn, the band tout their sound as being “Super-Mathrock-Progressive-Jazz-Lo-Fi-No-Indie-No-Wave-Post-Music-Trash-Noize-Hardcore-Punk UND GOA!,” Die Nerven should consider adding “Self-effacing” somewhere in there if the beginning of the below video is anything to go by. In any case, any band this bold and inspired makes us wonder what else is going on in Stuttgart, not a town on our post-punk radar until now. Any others making a royal noise in the capital of Baden-Württemberg, feel free to get in touch.

With a debut album called Neon Lights it might be easy to confuse this band with the Murcia, Spain post-punk band named Neon Lights (and, spoiler alert, there we have the beginning of this feature’s next installment) but It Girl plows a brighter groove. Still angular and shadowed like a winter night in northern Scotland but with a melodic sparkle to it that marks them out. Just the one album so far – at seven tracks more of a mini-LP – but we suspect there’s plenty more in store from these lads.

With a blockbuster 4-track EP already out and an LP due in 2015 on Matador, Lower is quickly conquering the Western World, which is maybe no surprise seeing as where they’re from. We’re all Copenhageners now. Indeed, the band will be on tour during the month of May (info here) and if you’ll excuse us we’re going to go play the lotto until we hit it big so we’ll have enough bribe money to get them to plug a Portland date in between Los Angeles and New Haven. C’mon, guys, we’ll even set it up for you!

[correction: Lower’s LP, Seek Warmer Climes, was released by Matador last June; SEM regrets the error (but are VERY happy to know the record’s out)]

Proving there’s at least a post-punk there there, Oakland’s The New Flesh are another outfit who you may presume to place toward the punkier, darker-than-dark, spikes and eyeliner end of the spectrum and you not be far off (not sure about the eyeliner, though). Very much in league sonically with the Estranged, Arctic Flowers et al, with a layer of Killing Joke mojo tossed in for good measure, how could we help but be drawn to them?

Inheriting their country’s coldwave heritage and injecting it with a heavier, almost ominous bottom end then dragging it away from the gauze and toward a crisp, sharply moonlit darkness, Kalte Lust are another band that make us wonder as to the scene going on in Bordeaux. Looks like we’ll be making a side trip on our way from Poland to Stuttgart.

Our final entry and the third from the hotspot post-punk Petri dish that Portland’s become over the last six or seven years, Bellicose Minds had been kicking around playing live for a couple of years before they got lured into Stan Wright’s (Arctic Flowers guitarist) Buzz or Howl Studios and emerged with an LP (The Spine) deliriously representative of their passionate live performances. Local boys make good, then, but then again, we’re getting kind of used to that around here.