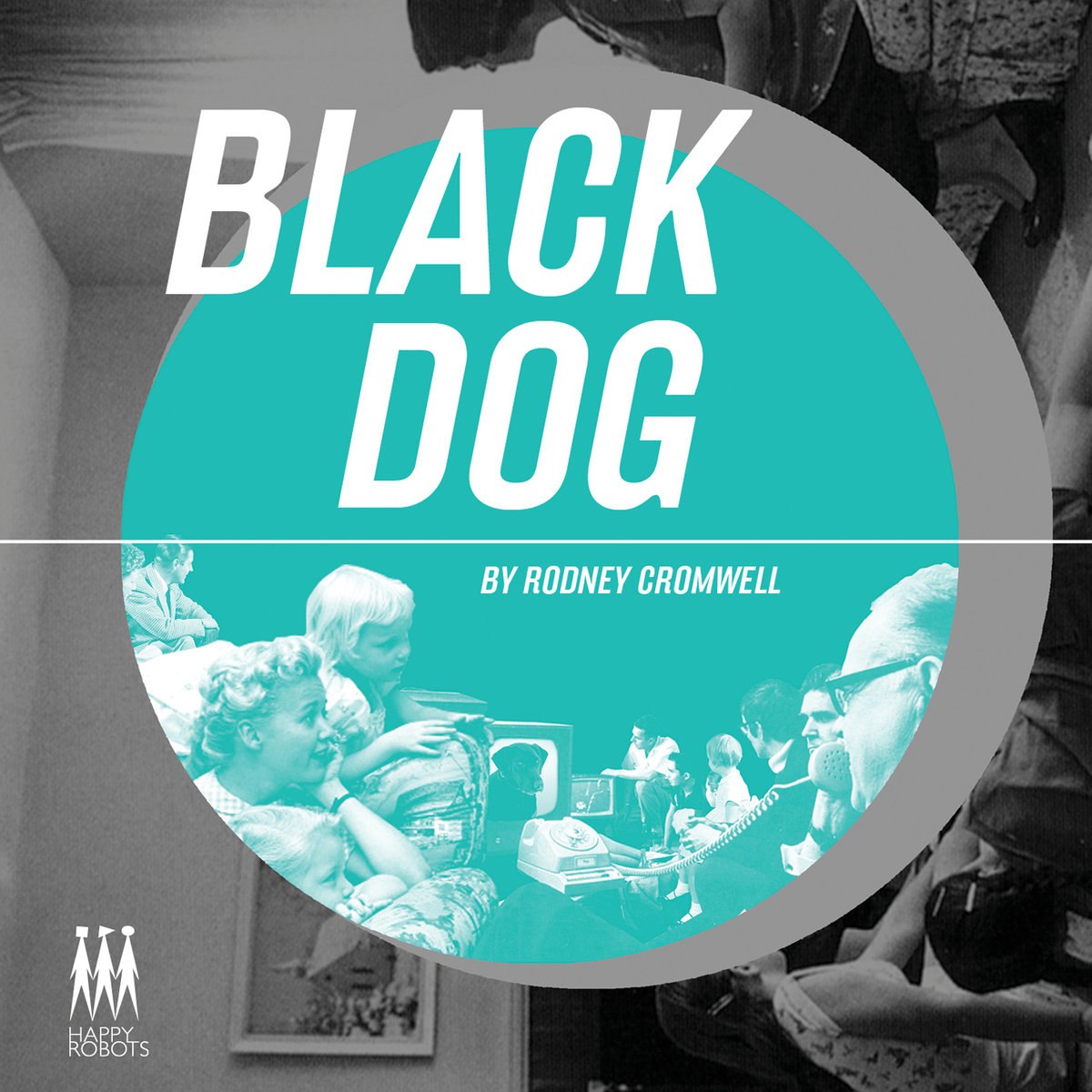 We first heard from London synthpop wonder Rodney Cromwell earlier this year, with the release of the Age of Anxiety LP.

Having explored on Age of Anxiety new, yet seemingly familiar grounds boasting strong associations with such seminal bands as New Order, OMD, Visage and Kraftwerk, Rodney Cromwell has just announced there will be a new EP called Black Dog. Coming in early November via Happy Robots Records, this new release dishes up some memorable and hugely catchy retro future synth music.

Like many of his icons, Cromwell also puts a whole arsenal of analogue synths to use, evoking the synthpop sound of the 70’s and 80’s, while also being forward looking and sounding fresh.

Check out “Black Dog (Version)” – a tight and wicked revamp of this original track that, radio friendly as it may be, is actually focused on depression – much like the days when The Smiths’ Morrissey was always crooning out depressing lyrics to otherwise upbeat melodies.

Hailing from Catford in South London, Cromwell is the solo project of Adam Cresswell, founding member of indie-folktronica band Saloon (who had four entries in John Peel’s Festive 50, recorded three Peel Sessions and had top 10 album of the year in The Sunday Times) and one half of electronic two-piece Arthur & Martha (acclaimed by the likes of NME, The Guardian and Artrocker). On this EP, singer Alice Hubley (Arthur & Martha, Cosines) also feature on the songs “Black Dog” and “You Will Struggle.”

“The driving influences weren’t musical but thematic – specifically the themes of mental illness and my own internal struggle with anxiety. As the lyrics deal with a lot of dark stuff, I wanted the music to be a ‘safe space’ – a return to the sound of the classic pre-computer led synthpop that I loved as kid. Those sounds being the chugging synth sequencing and phased synth strings of ‘I feel love’, the minor key piano lines of Pet Shop Boys, the chorus heavy lead bass of New Order,” explains Adam Cresswel. “Some people think it is overly retro, but others see it as a pure form of futurism. For me the influences don’t matter, it is just about creating a world to escape into.”

The Black Dog EP and Age of Anxiety are available for pre-order on Bandcamp and CDs are available through Cargo Records and Darla Records.

This has been a very good debut year for Rodney Cromwell, having shared the stage with Stereolab’s Laetitia Sadier at Indietracks and, more recently, with the epic Death & Vanilla. He’ll also be appearing at the Electro London Festival coming up in January 2016.