Always busy-busy around here but never so much so that we don’t take time to grab listens to some of the more curious titles that come in over the transom. This time we travel from the Marshmallow Coast of Athens, GA, to London as it curves through Berlin to the conceptual sister city (in theory, at least) to a place in Rethymno on the island of Crete. Confused? No need. Have a quick read and it will all make very persuasive sense. And anyway, this is exactly the reason you come to SEM in the first place, and we’re not about to start letting you down now. As a reminder, the rating system is based on a 1-4 squiggly symbol system, and…SUPPORT independent music! [feature photo: Trish Tritz] 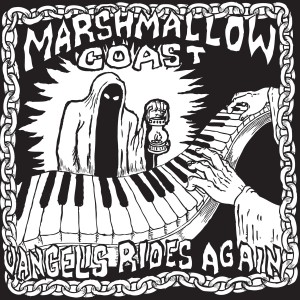 I’ve had to quit asking. Such has been the abundance of extraordinary music crossing my desk from heretofore unheard-of (at last my me, and here I thought I was pretty aware of the lesser-known corners) that I just can’t ask inside my head as still another modest but exquisite gem of an album makes my pleasure chakras glow like it’s Christmas Fourth of July and sex all tangled together: “Where did they come from?!”

Whereas it often seems that they’ve crawled out of the sub-strata of the sub-strata of the woodwork, most often, as is the case with Marshmallow Coast, those responsible have been at this for a while, with a substantial body of work behind them. In the case of Andy Gonzales I suppose I might have known better – his CV includes of Montreal, Music Tapes, and SEM faves Mind Brains – but the fact remains that Vangelis Rides Again, misleading cover art aside, lands with a flurry of deft, if very synth-rich, surprises.

Whether it be the lonely popsike elegance of “Hash Out Cash Out” that purrs with a dark radiance, the way “Hills Are Alive” takes Sound of Music‘s most famous refrain and injects it with as glint of unease more native to The Hills Have Eyes even as it sighs with the warm reassurance of a soft electric piano and Gonzales’ pining timbre, how the title track takes its name-checked artist and lures him into a shadowed but shining moonstruck cul-de-sac, all floating rural synth, lurking but nimble bass, and a melody to (maybe literally) die for, “Homeless Baby” borrowing liberally from “On Broadway” while permeating it with the hollowed horror of the mundane shame to which its title alludes – synthy echoes bounicing off the city’s buildings on just another night of neglect – or “Forever” obliquely referencing “Over the Rainbow” while drifting through a numinous out there where the immortal clocks in with the sadly temporal, one synth dripping bright silver rain as another scampers slowly underfoot, the track both ephemeral and desperately finite, Vangelis Rides Again tweaks mystery, curries curiosity, and comes this close to solving the world’s problems. Escapist in its pleasingly disorienting way, the album is also as centered as any work I’ve heard this year. 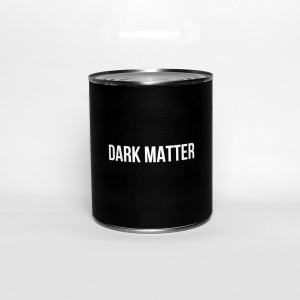 Once more in ‘Where have we been?’ territory we come to SPC ECO, the shadowy ambient electronic duo formed in 2007 and consisting of ex-Curve maestro Dean Garcia and dark-dream chanteuse Rose Berlin. Already, with Dark Matter, six albums deep into their discography, the brief, waggish description would temptingly posit them as en echo (sorry) of Garcia’s former project rendered in sonic slow motion, as if narrating an apocalypse that’s happening at a pace so hypnotizingly deliberate we don’t even notice, which, thinking about it, is perhaps the point.

While the truth, of course, is far more complex than that, more nuanced, there is a morsel of truth to the tortured comparison if only in the fact that SPC ECO, like Curve, grabs your attention initially on a purely visceral level before revealing the chimerical secrets layered within. If anything, though – and it seems a bit surprising saying this – the great shoegazey shrouds of sound that Curve trafficked in from ’91 to ’03 pale, in terms of listener intrigue, to the explorations of menace and allure offered on Dark Matter.

From the aptly-named “Creep in the Shadows” with its echoey cadence like a tip-toeing dirge, quietly prowling bass and Berlin’s black gloss vocal, to the scraped textures and madhouse whispers of “Let It Be Always,” spare yet luxuriant and cast with a siren’s deathly hope, to “The Whole World Shines”‘ finely dissipated sheen, slightly fractured but almost unbearably magnetic, this is music that stalks you, at the same time emanating a powerfully lingering sexuality that pulls with the always irresistible frisson of danger. It’s a sultry emotional landscape first once traversed by Tricky – “I Won’t Be Heard,” in fact, reminds with shameless brio, of the errant Bristolian, signposting the path we wish the Massive Attack refugee had taken – but in SPC ECO’s hands it’s delivered with a far greater dynamism. The sprawling surety of touch may be similar but the seductiveness, somehow managing to merge the pure with the lurid, much more convincingly seduces. The transgressive thrill of “Down Low” alone, rumbling with deep urban cinematic reverb buried inside a slow thunderous groove, Berlin sounding as positively possessed as she does an enigmatic wraith come to save you, is enough to sell you on the mysterious, nocturne charms of this album. Put it on at midnight and protect yourself from the demons of ennui and mortal despair. Dark Matter runs just a breath past 47 minutes and we now know, finally, after all these years, precisely how long the ‘witching hour’ is. Released 11/20/15, pre-order here. [√√√¼] 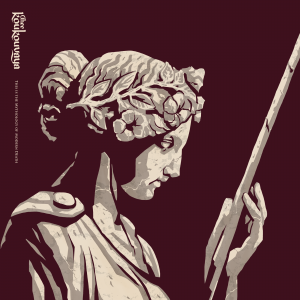 THEE KOUKOUVAYA – “This is the Mythology of Modern Death” (Saint Marie)

Released in August, “This is the Mythology of Modern Death” by East Coast post-rock illusionists Thee Koukouvaya (John O’Hara, Brian Wenckebach), despite its gothy title, is an album of soaring, shimmering, sometimes sobering soundscapes that rather demands, forthwith, sole possession of the word ‘mesmerizing.’ Doesn’t matter if it sounds like ancient Sumerian drum ‘n’ bass excavated, pulled gently apart and woven back together by the genius hands of a cosmic taffy consciousness (“Anacona”) or presents as a Kraftwerk-considers-house-music, goes-back-in-time-to-invent-it-better-the-first-time workout like “Chicago Warehouse Party, 1995” or is tinged with the vibetronics of a mellow mad scientist in his sealed underwater lab like “Phantoms of the Last Age” is, the effect on the coils of the listening consoles deep within your mind will be the same: they’ll all light up in the radiant pastels of a pleasure center lost in the timely electronic mists.

Now, I realize I’m waxing all over-verbal here, bordering on some level of poetic hyperbole but what’s a guy supposed to do? The press release mentions the band as being “the conceptual aural sister city to Vilandredo, Rethymno, on the island of Crete,” which is no help at all – though they are actually from there, which only adds to the uncertainty – so I’m out here on my own (kind of nice out here, actually), so…

Consider the BBC Radiophonic Workshop gone off (or perhaps on) its meds – “40.207958.-74.041691” – resulting in a Martin Hannettized glimpse of fetching paranoic madness. Consider Eno and Roedelius basking in a programmed, sundialed heat, their lizard tongues darting, lolling, darting some more (“Prismatic Sun”). Consider the soundtrack to a state of suspended animation electrified by limitless possibility, composed in a dream state near a stone wall overlooking the Mediterranean (“The Magnetic State,” flat-out lovely). Lastly, consider an ecstasy that feeds on a highly agitated subdued-ness, balancing a snake charmer’s chalice in one hand, the cinematic equivalent of a bold wistfulness in the other, the product of which is called “A Life in a Portolan Chant” that ends the album on a note of bewitchment in its truest form.

A complete piece of work mindfully executed, This is the Mythology of Modern Death defines itself out on life’s teeming fringes where intimation is rich, innuendo riveting, where the disturbed and ecstatic mingle without either one having a hint of wariness for the other. The mood, overall, in short unadorned terms, is one of uplifting angst or something close to it, and it’s pretty great (and available here). [√√√½]