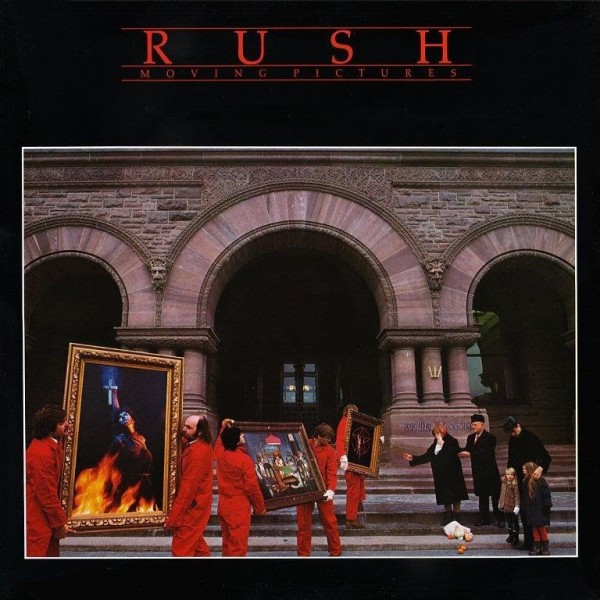 Weaned on a steady diet of 60s’ rock (The Beach Boys, The Beatles, The Who, The Velvet Underground), punk and post-punk (The Clash, Patti Smith, U2, and Joy Division), folk (Bob Dylan, Nick Drake, Joni Mitchell, Simon & Garfunkel), indie and alternative rock (R.E.M., Sonic Youth, Teenage Fanclub, The Cure), and shoegaze (My Bloody Valentine, Ride, Lush, Slowdive), progressive rock was anathema to me.

In the days before YouTube and Spotify, I found out about bands through print magazines – and most of them had no time for the likes of early Genesis, Yes, King Crimson, and Rush. Indeed, despite the best efforts of an uncle who swore by The Moody Blues and Jethro Tull, I just didn’t get prog. Pink Floyd, according to the critics to whom I swore allegiance, seemed to be the only prog band that it was okay to like.

But a few years ago, I realized that I was being close-minded, so I loaded my collection with records by the bands that I listed in my previous paragraph. This doesn’t mean that I actually listened to them. I just couldn’t find any kind of entry point.

Then I met my wife, Katie, who taught me a thing or two about the records that I already had.

But the thing about Katie is that she suffers from ADHD and idiopathic hypersomnia. I’m going to turn this essay over to her, so that she can explain what these illnesses are and how they affect her life.

I was diagnosed with ADHD before idiopathic hypersomnia, but I suspect the hypersomnia only increases the attention-deficit and general cognitive dysfunction issues associated with ADHD, and my hyperactivity works to counteract the symptoms of constant and extreme daytime sleepiness and lethargy characteristic of idiopathic hypersomnia. To avoid falling asleep or to ward off the stress of too much stimulation, I typically have to keep myself physically active in some sort of mindless, repetitive way like pacing if I’m standing or jiggling my leg if I’m sitting. It’s like the soothing effect of being rocked when you’re young, but without the lulling physical passivity.

I hardly even notice my physical “hyperactivity” – it’s more or less become a function of my autonomic nervous system, which also controls such unconscious activities of bodily homeostasis as breathing, digestion, heart rate, etc. Where most everybody else’s ability to stay awake, pay attention, process information, multitask, and problem-solve is sufficiently controlled by an efficiently and accurately firing neural network in the brain, I get a little extra aid from external sources like wakefulness-promoting medications, stimulants, and reduction of environmental factors that cause distraction or sleepiness.

Complex, sustained tasks are a challenge nonetheless, and with too much stimulation, I can mentally and physically shut down. You would think that with my reduced ability to process and retain information, especially if it is layered, highly detailed, and challenging intellectually, I wouldn’t be a fan of art forms that demand a high level of concentration.

But the fact is that Katie loves progressive rock – an art form that most definitely, as she puts it, “demand[s] a high level of concentration.” This isn’t to say that she doesn’t appreciate The Beach Boys, Bob Dylan, and The Cure, but she positively adores prog and bands like Genesis, Rush, and Pink Floyd.

People with ADHD are usually charged with “only putting in the effort when it’s something personally interesting.” People with idiopathic hypersomnia are typically seen as “lazy” or “unmotivated” or “apathetic.” These are judgments based on superficial observations. Obviously, they may lead one to unflattering conclusions about the character of somebody with either condition.

In the same way, music critics lay and otherwise have written off prog rock as “pretentious” or “nerdy” or “overwrought.” I’ve even heard prog referred to as “reject rock.” But these, I would argue, are judgments based on superficial observation. And while no one is expected to escape his or her unique set of circumstances that led to a particular taste in music, I think for the sake of supporting musical and human diversity, it is worth contemplating the merits of prog rock – or any musical genre – in terms of how it may appeal to a particular temperament and brain style.

For example, when I listen to “Watcher of the Skies” by Genesis, I experience the euphoria of journeying through a florid musical narrative with billowing keyboard riffs and deep lyrical metaphors. I am riveted by probing existential questions, moved out of mental stasis by the dynamism of tempo and instrumentation. I am awed by the thematic unity of such complexity.

Storm Thorgerson, who designed the cover for Pink Floyd’s The Dark Side of the Moon, is a master of the type of artistry I look for in an album cover.

Anybody with a rudimentary understanding of ecology from a biological or sociological standpoint knows that homogeneity is the bane of environmental sustainability and productive creativity. In a world of multi-national corporations like Monsanto commandeering the supply, sale, and genetic diversity of food-crop seeds that ultimately become your supper staples, and likewise in the realm of streaming sites like YouTube, Netflix, Spotify, and Pandora, where data algorithms effectively pre-package and “brand” your musical tastes, there has been a proliferation of neurological disorders like autism and ADHD, and a drastic decline in the ability of the musical artist to make a living on record sales if at all. Correlation does not equate with causation, but current research shows a profound connection between these trends.

Personal observation shows that there may be a profound connection between my brain style and my taste for prog rock. I don’t deny the stereotype of prog attracting a nerdier crowd, but my nerdiness does buck the stereotype of the class clown ADHD type. Furthermore, I have been known to fall asleep at concerts even if it is one of my favorite artists or bands up on stage and I’ve popped an extra dose of stimulants to fight the hypersomnia.

There is something about prog that keeps me awake. I have never fallen asleep at a Rush concert, for instance, and only prog rock albums will keep me up listening through my headphones at night. Most anything else, with a few exceptions, becomes too soothing, too lulling, too repetitive and unconscious for active listening, and I pass into sleep.

I do think that music critics, lay and otherwise, should make an effort to pay more attention to prog rock and get to know it on an authentic level beyond snap judgments and easy stereotypes. In turn, I will try not to be dismissive of whole movements in rock history like punk for its “laziness” or “apathy” toward “real” musicianship. We need to support “musical biodiversity” if we don’t want great art or minds to go extinct.