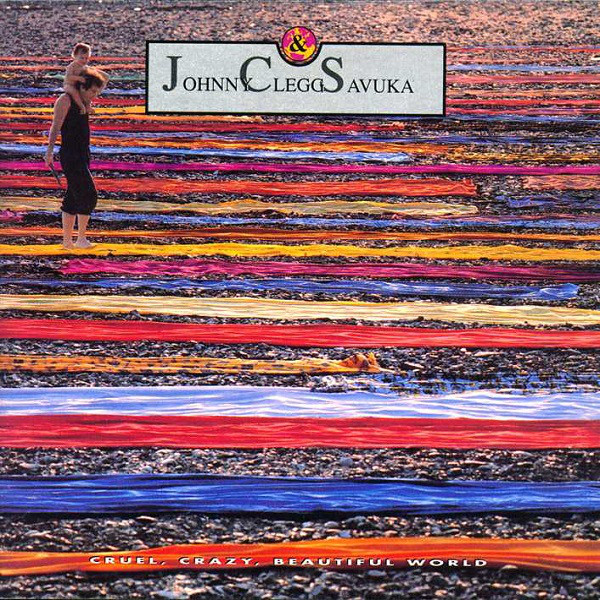 The British-born Clegg, who had been fighting pancreatic cancer since 2015, was 66.

He died at his home in Johannesburg surrounded by his family.

Famous for fusing Zulu rhythms with pop music, Clegg was not only one of South Africa’s favorite sons, he was beloved all over the globe. A groundbreaking artist, Clegg was the co-founder of the interracial outfits Juluka and Savuka. Many believe that these bands were important in breaking down racial barriers and stereotypes during the apartheid era in South Africa.

Before he was 20, Clegg had mastered the Zulu language, maskandi guitar, which is a centerpiece in Zulu folk music.

A gifted dancer with the build of a running back and the grace of an acrobat, Clegg wasn’t just an entertainer–an activist, an author and an avid social anthropologist, Clegg was awarded honorary doctorates from Dartmouth, Universities of the Witwatersrand, KwaZulu-Natal, and City University of New York.

Clegg, whose book UkuBuyisa Isidumbu examined idealogical violence in rural South Africa, was awarded the Order of Ikhamanga from the South African government in 2012.