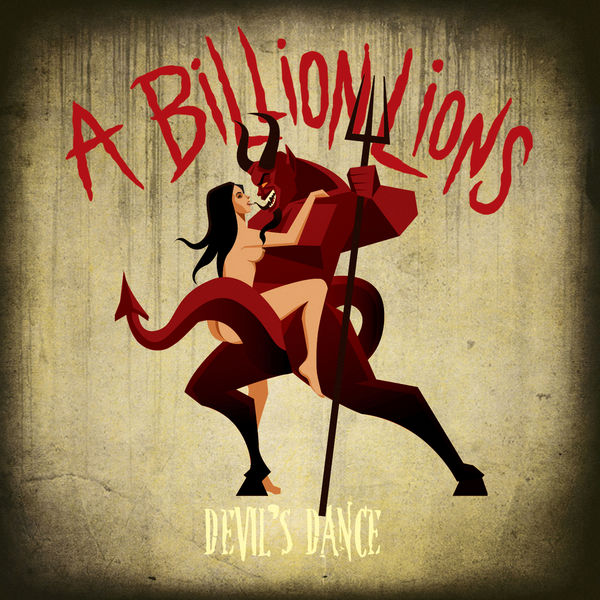 My taste in music runs towards the eclectic, but what I generally get enthused about in a song is if it intrigues me with poignant symphonic and/or electronic pop, rousing rock that knocks my socks off, funky dance grooves that move, a captivatingly transporting ambience, catchy melodies, astute lyrics, smooth vocal croons, and/or dreamy harmonies. The tunes below have at least one, if not more, of these ear-pleasing qualities. There are no chart-topping blockbusters to be found here, mainstream or indie, but rather an array of tunes that caught my ear the most this year. Enjoy!

My list begins and ends with solid gold rock, the first being this blistering number off of the album Disquiet from Irish noise-rock stalwarts Therapy?. The galvanizing “Still Hurts”, a raw indictment of child abuse, races along at a break-neck pace as frontman Andy Cairns rages with tormented frustration that even as the years advance and as the child grows into an adult, the pain of past abuse, for some, never fully heals.

Australians Aimee Nash and Scott Von Ryper of The Black Ryder take an introspective journey on their sophomore album The Door Behind The Door and they end up in a state of calm enlightenment, at least on “Let Me Be Your Light” which radiates with a meditative and expansive placidity. Aimee’s soft vocals unfurl hazily amid the gentle accompaniment of lightly winding and exalted synth notes, picked acoustic guitar, a brushed drum beat, cymbal shimmer, and an intro of pattering rain.

The London-based, self-proclaimed ‘punk ‘n’ roll’ lads of The Black Sparrows distill the spirits of The Libertines and Suede into their heady brew of brisk, exuberant tunes that comprise Tiskie Tapes, released on Cariad Records. “Dirty Lips” is a bit of filthy fun with baby-faced frontman man Dan (in both looks and vocals) carrying on in an eager, sexually suggestive manner while being whisked along by the driving drum tempo, gritty guitar grime, and punk shouts that punctuate the track.

Kick-ass Brisbane, Australia-based band WAAX is breaking out now with its spirited, punk-influenced rock sonics and riveting frontwoman Marie with the wild and powerful vocal inflection.  WAAX just dropped the Holy Sick EP, but the hard-charging “I For An Eye” preceded its release and put the band members on the international music radar. Marie wails and gasps throatily through the tune like her life depends on it while the music matches her vocal rampage with propulsive drumming and guitar distortion.

After the sad demise of New Jersey, USA-based, post-hardcore band Thursday and the surprise break-up of Welsh band Lostprophets, Geoff Rickly of Thursday and the members of Lostprophets, minus its frontman who is in jail, united as No Devotion. This new formation has reinvigorated all the musicians and allowed for the melding of alternative rock and catchy pop on debut album Permanence, which is especially prominent on the single “Addition”. Geoff’s wistfully sweet exclamations fly high on the sweeping chorus sections, lifted up even further by waves of synths, guitar distortion, and pummeled drums.

NYC-based, delightful dance-pop darling Madison flirts with mainstream pop to successful effect on her recent Wonderland EP. Madison’s EP and its title song is her bid for the pop princess crown and in a perfect world she’d be ruling the charts alongside Katy Perry, Lana Del Rey, and Lady Gaga. The upbeat “Wonderland” shines brightly with Madison’s sparkling, buoyant vocals as she rides high amid electro-note pizzazz, gritty synth fizz, and a non-stop, dance party beat. When looking up Madison’s music online, search for “noiseofmadison” to find her official sites and be sure to check out “Lights Low”, “Sweet Life”, “Ship Off Shore” to sample the full range of her pop-targeted talent.

The Church’s Steve Kilbey and Martin Kennedy of All India Radio, both Australians, have teamed up once again on their 4th album, Inside We Are The Same, wandering through rich, transportive, down-tempo territory, especially on the dreamy track “Elude”. Steve’s melancholic, floating vocal tone merges softly with guest vocals from Hollie and Katie Marie as Martin provides a brooding cloud of hanging synth lines, contemplative piano notes, and ripples of acoustic guitar.

Yes, a-ha, the Norwegian trio of Morten, Paul, and Mags, a supposed One-Hit-Wonder with the song and video for “Take On Me”. Yet a-ha and its individual members have been going strong ever since the 1980s, with a-ha releasing 10 studio albums, including latest Cast In Steel. Morten’s sweetly longing vocals can still rise to gloriously soaring heights, as can be heard on “Objects In The Mirror”, especially by song’s end, and Morten is supported by stirring symphonic pop winningly delivered by Paul and Mags.

London-located Toby Mitchell and Dan Able, the two bright young things who form the core of The Velvet Hands, are co-lead vocalists and guitarists and they bring a fresh, but casual take to the garage-rock genre. They have yet to release a full-length, so we have to make do for now with the double A-Side “Games”/”Who Cares”. The duo creates quite a stir with “Games” and its The Strokes-like lean ‘n wiry guitar agitation and Julian Casablancas-esque, tossed-off dual vocals. Toby and Dan coolly trade off and run into each other’s vocal lines amid the instrumental turmoil, seemingly oblivious to their double-shot aural (and visual) appeal.

Los Angeles-located singer-songwriter Sara Lov was once half of Devics, which included recent Emmy-winner and composer/pianist Dustin O’Halloran. Sara recently released her 3rd solo effort, Some Kind Of Champion, and Dustin joins her as a guest collaborator. His contemplative piano-playing style marks “Trains”, but it’s Sara and her vulnerably poignant vocals that leave the most impression on the single “Trains”. The slow-building song reaches a zenith of emotional and sonic unrest before quieting down with Sara’s gently lamenting murmurs.

#8 CRYSTAL BRIGHT & THE SILVER HANDS – “Fall Of The Seraph”

North Carolina, USA native, singer-songwriter-composer, multi-instrumentalist, and ethnomusicologist Crystal Bright brings on the operatic drama with her piano-ballad/symphonic number “Fall Of The Seraph” from her album The Absolute Elsewhere. Crystal bares her emotions on the fragile verses where she reaches delicately outward, before sweeping even further to the skies with her forceful exclamations that are bolstered by cymbal crashes, horn pulls, mellifluous piano notes, and a measured beat.

Liam McKahey and Davey Ray Moore, the founding members of the now-defunct band Cousteau, have returned as CousteauX and, as they’ve done in the past, the duo offers up a smooth, sophisticated blend of slow-burn sonics graced by Liam’s distinctively deep, richly emotive vocals. On “Shelter” Liam segues with supple ease between stormy and calm emotions. A crisply ticking beat and occasional sustained synth line, reflective horns, electric guitar line, and supporting vocals back Liam’s bittersweetly yearning tone that belies the brightly hopeful lyrics. A much-awaited EP and album are due for delivery in 2016. Members of CousteauX’s official Full Moon Club get exclusive song previews, duo commentary, and other offerings.

#6 RYKARDA PARASOL – “The Ruin and The Change”

International rock noir royalty Rykarda Parasol resides in San Francisco, but also splits her time between Paris, France and Poland. Rykarda just self-released her 4th studio album, The Color of Destruction, and she drapes her elegant, world-weary vocals over the first single “The Ruin and The Change”. The lyrics may be starkly bleak, but Rykarda delivers her message with the languorous directness of resignation, and possibly acceptance. The mid-tempo pace replete with shaken percussion, light piano notes, picked acoustic guitar, and sporadic handclaps keeps the song from wallowing in an overly brooding moodiness.

This past summer Canadian band Fake Shark (formerly Fake Shark, Real Zombie) brought the funk to the dancefloor with its slinkily groovin’ and infectiously fun “Cheap Thrills”. The cool ‘n’ bubbly hijinx of “Cheap Thrills” beat the hot summer heat with frontman Kevvy’s airy, sleekly sighing vocals, the slidin’ bass line, strutting pace, thumping beat, and found sounds like the “Everybody get up now!” exclamatory intro. An album is supposed to drop imminently and expectations are high for a fun ‘n’ funky good time!

The reformed rock (glam, Brit, symphonic, etc…) band Suede returned in high style in 2013 with Bloodsports, its first album in over two decades, picking up where the band members left off in their heyday (circa Dog Man Star and Coming Up). Brett Anderson, Matt Osman, Simon Gilbert, Richard Oakes, and Neil Codling are back in the fold and readying for the release of follow-up Night Thoughts this January. “Outsiders” is the album’s first, top-form, thrilling salvo, a grandly cinematic panorama of wiry, fiery guitar lines, deep bass line, shimmering percussion, dynamic drum hits, and frontman Brett’s high-flying, emotive vocals. Sweeping drama pervades the riveting track from start to finish.

Brighton, England-based band Black Honey, fronted by Izzy B., is getting big and well-deserved buzz these days on the strength of its singles like the CinemaScope-tinted, Western USA-flavored “Spinning Wheel”. The psych-rock band with a retro flair packs Nancy Sinatra-inspired vocals, Spaghetti Western reverb guitar, reeling surf guitar lines, and synths frisson into an exciting, epic tune that bursts forth with a wild, compelling energy. Izzy exclaims with heartfelt abandon, occasionally punctuating her phrasing with a lively feline yowl. The most pressing question now is when will Black Honey release its debut album?!

Coming in at #1, the Leeds-based, post-punk/indie rock four-piece A Billion Lions unleashes a massive metal/blues/dance-rock beast of a tune that roars with fierce desperation on the verses and blasts off to metal heaven (or would that be hell?) on the choruses, especially during the blazin’ metal guitar solo near the end of the number. Phil and Joe alternate on the verses and chorus segments respectively, with Phil wailing out a modern blues-rock lament that’s countered by Joe tearing through the chorus with an exclamatory ferocity. While most of “Devil’s Dance” is cranked up to 11, the band members also know when to go easy, like on Ryan and Matt’s groovin’ bass and drum break, before the stratospheric metal guitar liftoff. Exhilarating!! The band’s highly-anticipated debut album is slated for release in 2016.