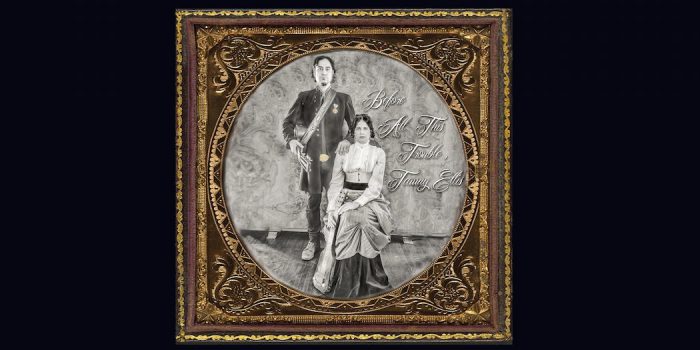 Stereo Embers is proud to premiere the new video for Tawny Ellis’ “Before All This Trouble.”

Punctuated by Ellis’ stirring lap steel, “Before All This Trouble” is a contemplative and moving ballad. “It’s about not giving up hope when the darkness seems like it doesn’t end,” Ellis says of the song. Indeed, there’s a fiery resolve percolating beneath the lilting melody, giving the song a rousing subtext that effortlessly lifts it from despair to hope.

“It’s really about hope,” Ellis agrees. “It’s about having to go though times in life that make you feel disappointed and things seem dark and cold. It’s about remembering when things were lighter and more innocent and hoping that you can manifest that back in to your future.”

Directed by Topher Braj, the clip is a lushly lit affair that features Ellis and her band–including her guitarist husband Giovanni Loria–playing in the Boyle Heights twilight amidst portraits of the Civil War.

“We would play the song for people and several people thought they sensed a real Civil War vibe about it,” Ellis says. “There’s really nothing about war in the song specifically but the vibe is there. I really think it’s an anthem, a sort for march for hope and lightness in yourself and in your relationships.  The video we made for the song with Topher is about relationships and the stages you go through in them, from innocence to obsession, to divided love to new possibilities and jealousy. I think he did an amazing job depicting the phases of relationships we go through with our partners. We actually leaned on the Civil War aspect when doing the visuals for the video and the album cover which was fun to do. It really got us thinking about what it must have been like during those times.”