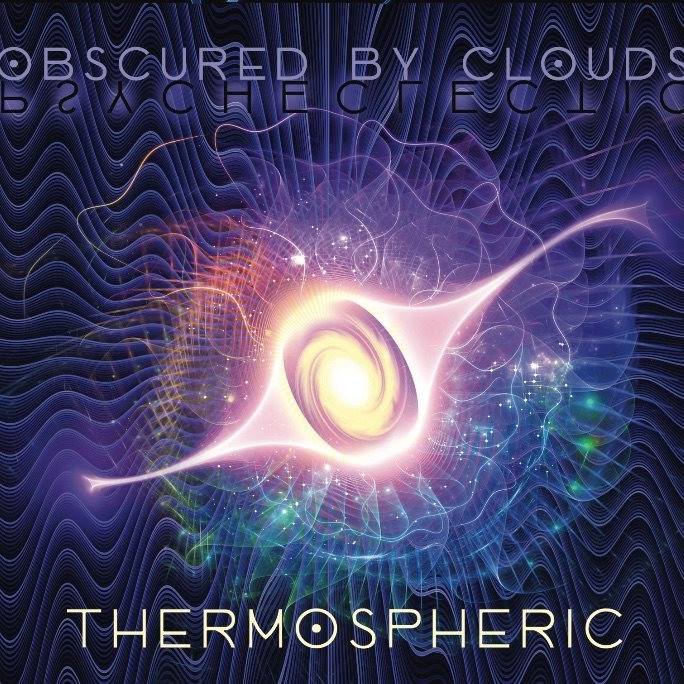 Stereo Embers is excited to premiere the new video by Obscured By Clouds for the track “Soft Cheeked And Worried.”

Taken from the psych-art rock outfit’s upcoming live album Thermospheric (Oct 27), “Soft Cheeked And Worried” is a searing blast of dreamy riffs set against shifting soundscapes that ebb and flow with storms of synth-laden grooves, layered guitars and the kind of percussive primal stomp that will keep this track in your head all day.

The songs on the live album were captured at shows in the band’s home-field of Seattle as well as Los Angeles.

Thermospheric features eight of the nine numbers that appear on the band’s Psychecletic album as well as two new tracks (“Miraculous” and “Bleed”).

Of the album, frontman William Weikart says it’s: “The sound of five musicians rendering their love of music through their heart into sound and the songs you hear.  It is always raw and on the verge of edge of feedback or meaningful lyrical vibrance.  The idea is that the vastness of our perceptions are underwhelmed by our ignorance and the only way to overcome this is to extend our attention span far into the details of meaningfulness and participation.”

He goes on to add: “The instruments produce the thematic thermospheric elements; there’s a lot of sound and instrumentation going on here. The lyrics are the indulgence of commentary over the complete unknown and jagged structure of the raw instruments, semi-tones, and chords.  The instrument becomes a beast, a spear, a vast bow, a laser landscape set fire by a sheet of sound and feedback, a weapon of love to subdue and maybe even slay.  The venue becomes the sound reflecting off the back of the room.”