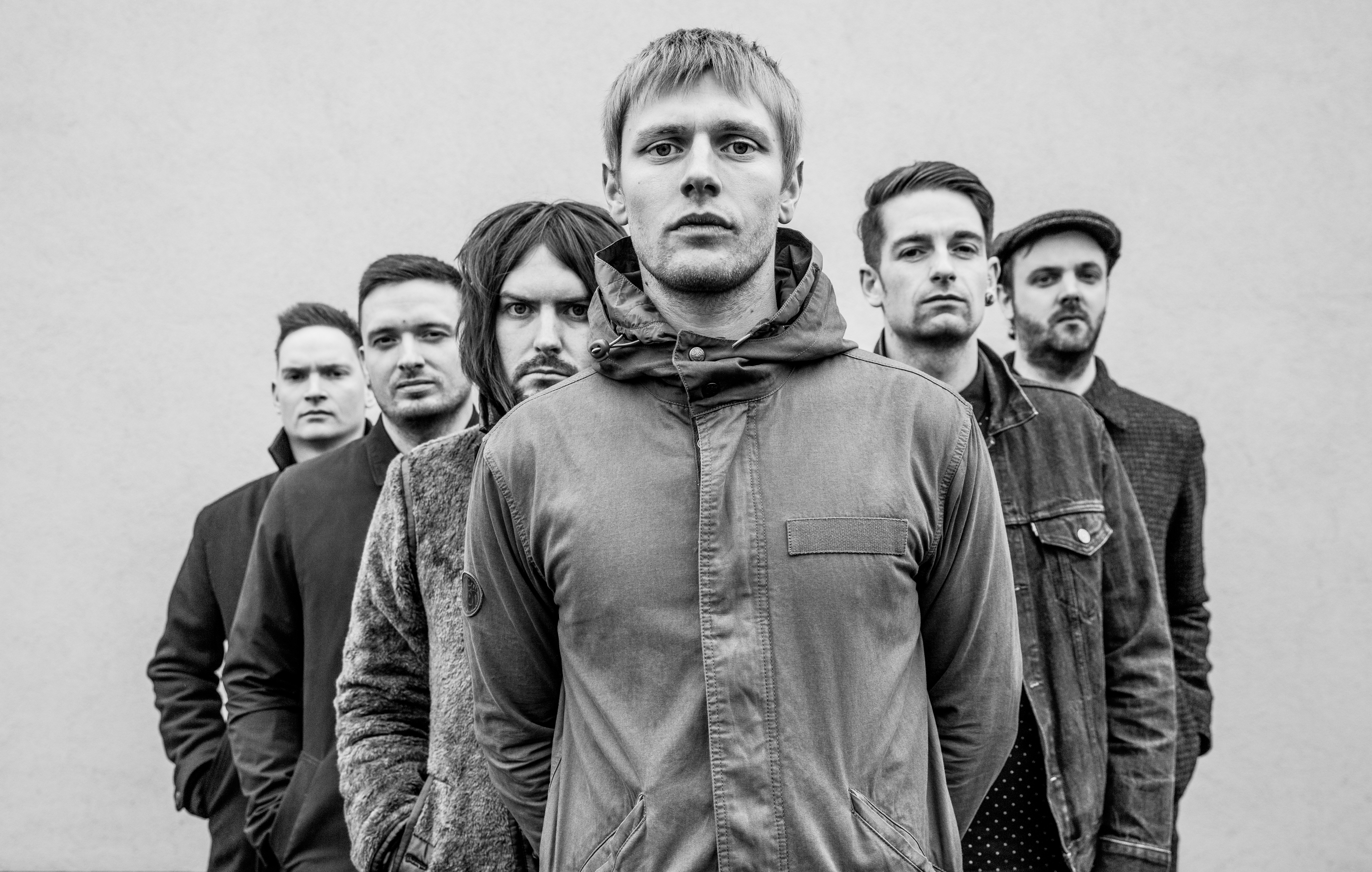 Social Room are one of those rare bands that arrive fully formed–their sound, their look and their attitude a heavenly confluence of preternatural self-assurance and sheer rock and roll smarts.

The Sunderland six-piece are a mighty new outfit who bring to mind the pop majesty of everyone from The Verve to the Inspiral Carpets and their songs soar with the kind of unforgettable choruses that are sure to make their upcoming EP an instant classic.

Produced by fellow Sunderland native Dave Stewart of the Eurythmics, Social Room’s songs are on fire with the blaze of youth and their new single “Let’s Talk” is early proof that this is a band you’d better keep your eye on, because they’re going straight to the top.

An aching number that’s an equal balance of muscle and heart, “Let’s Talk” is as much an imploring call for resolution as it is a defiant fight for a future that can only exist if the past is stripped away.

In the clip for the song, singer Matty Smith–decked out in a parka and sunglasses–makes his way across a black and white beach with all the lippy snarl of Liam Gallagher and the simmering charisma of Ian Brown. Smith’s one of those guys you can’t take your eyes from–he practically radiates charisma.

The video also features model Matilda Wyman, whose father is Bill Wyman of the Rolling Stones.

“Social Room are a multi-talented band that have worked hard at their craft,” Stewart says. “They use their musicality to create a perfect platform for the singer Matty Smith to deliver his authoritative vocals with a panache and swagger usually seen on arena size stages by the masters of rock and roll.”

He goes on to gush: “There are very few new “rock stars” that appear on my Radar but the second I saw Matty Smith perform with the band I knew he was destined to join those noble ranks. Get ready to be a fan not only of Social Room the band and their music but of the raw honesty of the lyrics delivered by this down to earth Northern Lad whose destiny is written all over his face, as William Shakespeare said ‘It is not in our stars to hold our destiny but in ourselves.’ This is the band’s motto and they are proving it to be true.”