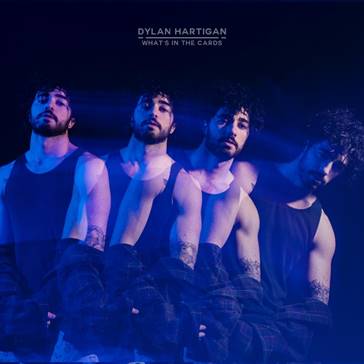 Taken from the New Jersey-raised musician’s upcoming album, the soulful tug of “What’s In The Cards” finds Hartigan wrestling with the duration of a new love affair. The beginning of a relationship might be where we’re in our heads the most and Hartigan perfectly captures the vulnerability and excitement of such a crucial moment.

There’s a touch of tension and a touch of optimism operating from different corners throughout the song and Hartigan’s delivery is filled with aching exactitude.

“’What’s In The Cards’ is about love and how you kind of never really know how long it’s going to last,” he says. “This song is trying to figure out a basically unanswerable question.”

As for what’s in the cards for Hartigan for the rest of this peculiar and troubling year, the singer/songwriter is rather circumspect: “Well. what WAS in the cards for me in 2020 is not what IS in the cards anymore,” he says. “I’m mostly just trying to tap back into who I need to be and send good vibes to everybody who needs them. Times are wild so I’m trying to do my part for the collective consciousness and trying not to focus so much on my personal things.”

Although Hartigan’s voice may be new to some, his face is one that might look familiar. Hartigan starred in the 2012 film Funeral Kings, appeared in “Law and Order” and “The Black Donnellys” and he also was on Season 14 of “The Voice.”

Hartigan will be appearing on an upcoming episode of Stereo Embers The Podcast.

Keep Up With Dylan Hartigan