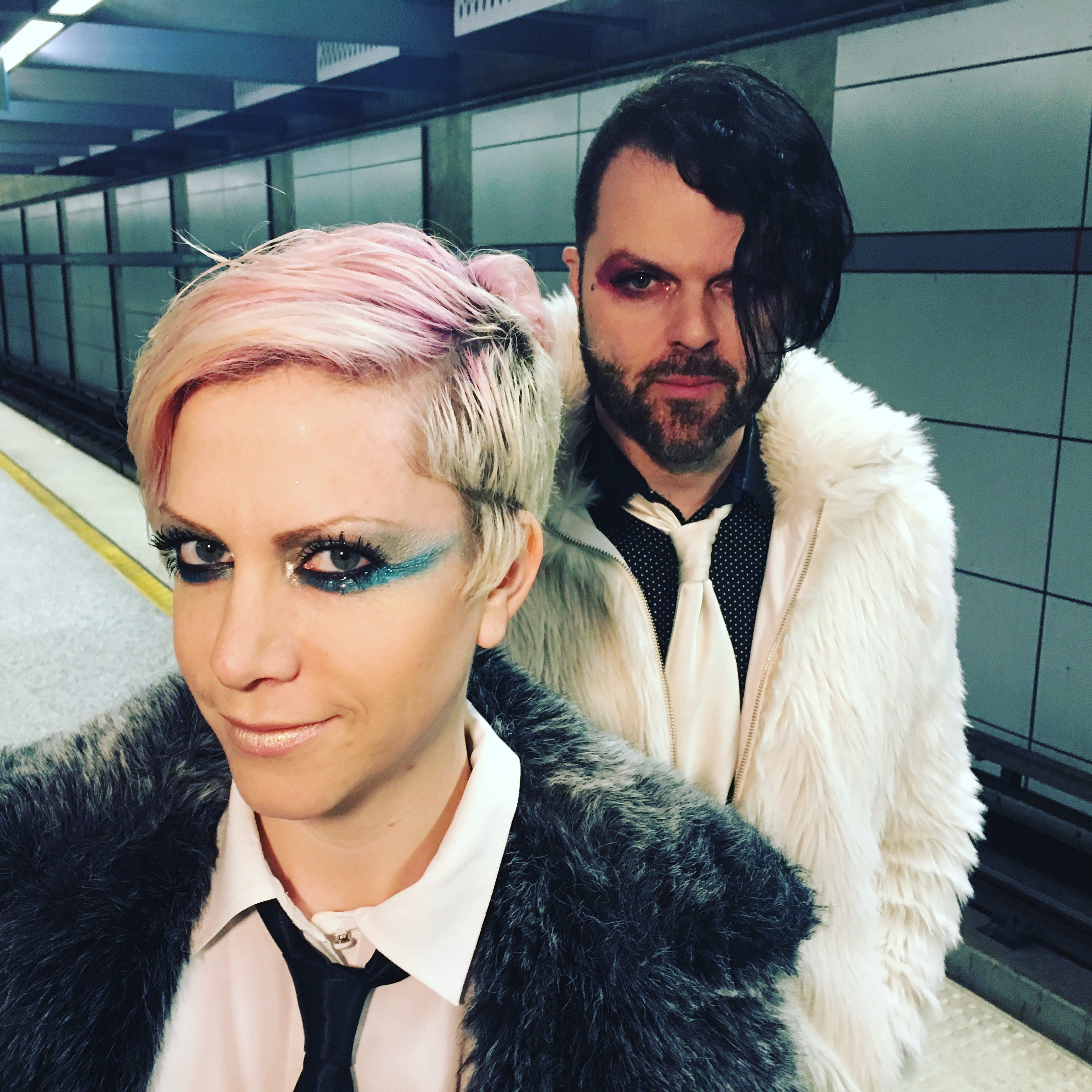 We’re excited to premiere “Across The Great Divide,” the new single from L.A.’s 222.

Taken from the band’s sophomore album I’m Not Trying To Be You…Just Kidding I’m Trying To Be You, “Across The Great Divide” is a dreamy blast of electro-pop that not only boasts a hypnotic backbeat, it’s punctuated by a chorus that comes with a wistful, heartbreaking tug. Combining the percussive bliss of Bowie’s “Heroes” with the lush vocal orchards of the Sundays, “Across The Great Divide” is a sonic wall of futuristic bliss that gives way to a bittersweet glide into galaxies of longing.

Although only a duo, 222’s libidinous grooves and dancefloor howl have garnered them a reputation for being one of the most dynamic live bands in the country. Their onstage velocity is nothing short of kinetic and further proof that singer/guitarist Jade Howard and singer/multi-instrumentalist Dennis Hamlin are meant to be performing together.  They have an uncanny ability to complete each other’s musical sentences and together they are a seamless pair of musical twins.

We may only be in February, but “Across The Great Divide” is already one of the year’s very best.