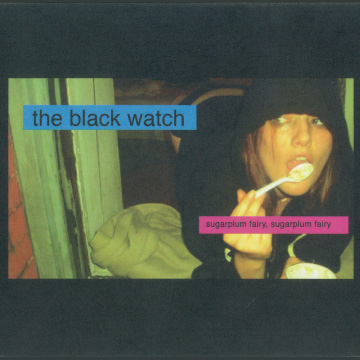 Here’s a question: is it preferable, in terms of consistent quality, for a hyper-prolific ‘cult’ band to stay that way, to maintain that staunch underground status rather than cross over into the broader spotlight? Though it shall remain an open question bandied about mostly by critics and geeks (as if there’s a difference), there’s nonetheless, to many of us, some credence to the answer being ‘yes.’ It’s not an uncommon opinion that GBV’s Under The Bushes, Under The Stars, the record that brought them into the mainstream – or anyway as close as a band like that can get – was their last great record. And though we may need strike the ‘hyper-‘ from the above formulation, there’s little question that both the Flaming Lips and Brian Jonestown Massacre saw their art suffer mightily under the glares of their respective celebrity (I’m not counting “She Don’t Use Jelly,” by the way. Fluke hits do not celebrity status make). We here at SEM believe, however, that there’s one musician who deserves to challenge that tacit equation and that’s John Andrew Fredrick, who has been trafficking under the lower-cased band name ‘the black watch’ for well on twenty-six years now and whose new album sugarplum fairy, sugarplum fairy (the lower-case insistence now extends to album titles as well, it would seem), due January 27th, arrives full of rock’n’roll suss and staggering promise.

Whereas one remains skeptical as to the likelihood of the watch breaking out any time soon – which is far more a comment on the commercial environment of the times than a reflection of Fredrick’s perennially considerable potential – if any album’s going to stamp that ticket it’s sugarplum fairy sugarplum fairy. At times as indebted to Hüsker Dü (the fuzzed charge of “There You Were”) or the Who (the windmill-chorded, Moon-pounding “Scream”) as to his beloved Beatles, not to mention nodding with eager winking and knowing elbow jabs to late 60’s psych pop (“Darling, I’ve Been Meaning To”), SPF,SPF distills the breadth of Fredrick’s songwriting skills as if it’s a cross between a no-holds-barred songwriters smackdown and an advanced-course seminar in R’n’R composition.

Over forty-one plus minutes, from the philosophic throb of the name-halved title track that opens the record, its pinging acoustic yang being balanced by a soft shredded yin of distortion as Jean Renoir makes a quick cameo (Fredrick’s Ph.D in English lit has often found discreet outlet in his songwriting) to the brief epistolary “Dear Anne” that carries us out – two equipoised acoustics delicately thundering above a dashed-off love letter – we’re treated to a widescreen songbook worthy of any of those mentioned above as well the likes of Joe Henry, Jimmer Podrasky, Bradley Skaught or any other Beatles-inflected American songwriter you’d care to name. Or Welsh, for that matter, as “Dear Dead Love”‘s longing melancholic lyricism, its stoical romanticism, puts one in mind of John Cale circa Paris 1919 and who doesn’t want to visit there?

Elsewhere, a similarly somber pop aesthetic gets a look-in on “Good Night, Good Night, Good Night,” a lullay charmer, “Nothing” ripples with hook-filled devotion and whipsmart couplets (drink dry ice/then go smoke in bed), “Quietly Now” breaks out with a smooth insistent roar that disputes its title with a blurred power-pop panache and a lengthy cymbal-smashing coda that, simply put, celebrates the pure frisson of rock’n’roll, while the sweet declarative “Anna of Leaves” – I believe we have a man in love here, folks – with its Cohenesque wordsmithery and ageless yearn pitches itself midway between a coffeehouse pop/folk anthem and a ballad of intimate hope that one could easily imagine being adopted by lovelorn couples across the country.

Though still a touring unit employing new recruit Tyson Cornell replacing Steven Schayer on guitar, longstanding drummer Rick Woodard and bassist Chris Rackard – and SEM will be the first to let you know the details of any forthcoming tour – sugarplum fairy, sugarplum fairy was not only written and almost wholly performed by Fredrick (engineer Luke Adams handled the drums) but produced as well. That production, along with the mix provided by longtime TBW producer Scott Campbell, has an unfussy mien to it that makes for a sound that’s honest, simple, and direct, exactly the bedding this set of songs requires. True to the black watch core aesthetic, SFSF is a trumping addition to the band’s cultish legacy. We’re tellin’ ya, get into it, and them, before the band gets popular on us.

[Cut and paste the link below to hear the title track:]