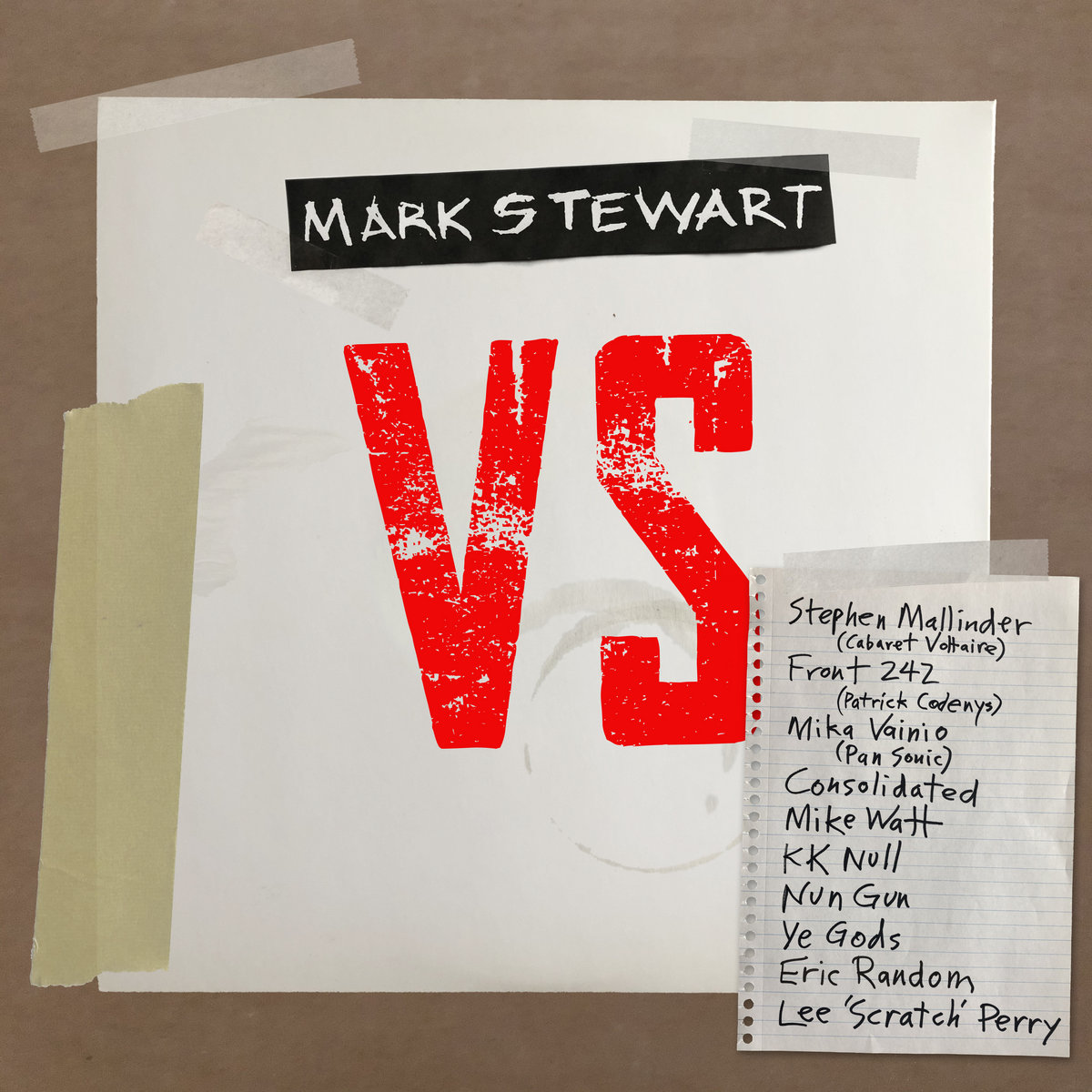 With art, sometimes it just all comes down to ‘What the fuck?’ Situations arise in the form of ‘product’ from whatever discipline that present particulars of such magnitude that any hope of a cogent, articulate response is, at least at first blush, out of reach, hovering, it would seem, in some conceptual ether just around the bend. A context can be sensed but often only loosely. We’ve seen/heard ‘that’ element of the piece before but not necessarily loitering about in ‘that’ neighborhood. Challenging to the mind, challenging to the damn psyche, even, the result can be, for the ‘consumer,’ a state of spirited vexation that, for one, arouses our further pursuit and, for a perhaps more important two, expands our understanding of the art form right there on the spot.

A neat parlor trick of the highest stripe, we all have a list we carry around in our heads of the writers, painters, and, especially, musicians that have dared go to ‘those’ places, performed ‘those’ feats of aesthetic derring-do (you’re reviewing yours this very moment) and thus, you might ask, given the album under consideration here, is what’s being suggested is that, in Mark Stewart, that driven irascible force of bloody nature best known as the voice of The Pop Group, we basically have the Picasso, the Burroughs, the Joyce of agit-prop pop? As intriguing as the prospect of that conversation maybe is, the answer, as it can only be, is a ‘yes/no/who cares?’ as the man at the center of the many noise hurricanes he’s helped author escapes all such penny ante pedagogy not so much like someone wriggling free of a comparative straitjacket but rather as an artist for whom no straitjacket can be found that fits. Witness this latest solo album VS, released April 8th on eMERGENCY heARTS.

Now, ‘solo’, in this instance, would be a grievous misnomer as, one, a brief scan of the tracklisting would attest, and two, the title itself gives the game away, invoking as it does that hyper-restless experimental period when the art of the remix – especially as it pertained to dub, a sound design so up Stewart’s alley one could suspect he was actually born in Kingston JA – blew up thought the UK and its spheres. No, what we have here is a maelstrom of collaboration, an assemblage of noise and groove spirits simultaneously adhering to and kicking to the kerb the structural apparitions they themselves created. While a wild ride is indeed guaranteed you’re just as well assured it’ll be a solidly inventive one, crackling with brio and intelligence. That’s a claim leant a pretty clear certainty by the selection of cohorts alone – Consolidated Mallinder Lee ‘Scratch’ fuckin’ Perry fercrissake and throw a heave ‘etc’ onto that brief roll call – but it’s in the hearing where the validity of that assumption gets driven home like freshly-forged nails still hot to the touch.

Securing our immediate attention, VS steps off the precarious edge and into the whirlwind in the company of Front 242, “Rage of Angels” slinging a hip-hop vibe into the roiling political cauldron (this is Mark Stewart we’re dealing with here and that element insinuates throughout this record with its customary mix of no-bullshit commentary and jagged beat-battered funkitude. He is, after all, among the OG creators of the dance polemic), “Cast No Shadow,” abetted by Stephen Mallinder and Eric Random and mixed to the hilt by Leæther Strip, stirs its pneumatic magic against a beautifully disorienting cinematic synth backdrop while the take-no-prisoners industrial stomp of “The Last Enemy” echoes with a presence, menace, and purpose that, if nothing else (there’s plenty else), puts to rest any idea that San Francisco’s Consolidated have lost a step of their fabled verve. Later, “New Error” finds KK Null pulling proceedings into the nullsonic vortex to stunning effect, a futuristic bio-nightmare brought full-bore into a fraught present (the Null/Mike Watt shakeup “All My Senses,” explosive yet tightly coiled, Stewart exhorting over a brazen mix that has Watt’s signature bass meeting a gust of experiment noise uptown where it all gets dropped into a hardcore blender, is another album mindblower). Then there’s the oddly doo-wopped, Black Ark sound-systemed spell of “Alpha (Adrian Sherwood mix)” wherein Lee ‘Scratch’ Perry and his frequent creative ally Peter Harris ensure VS goes out on almost comforting note if, that is, fractured dub dynamics going bang! in your headphones is a source of such.

And that is but a sampling of the ecstatic-goes-splenetic wonderment to be had on this richly-faceted gem of Pop Groupish mayhem (we haven’t even mentioned the club-ready skronk and groove of the Nun Gun-assisted “Outlaw Empire” nor the essentially vital contributions of Ye Gods and Mike Vainio) yet it’s enough, we trust, to provide the persuasive gist. To the extent we’re able to suss this project’s emphasis, allow us to venture that VS is, no surprise, murderously on point.

And so, okay, here’s the thing about this or any Mark Stewart album. Whether with The Pop Group or in the company of other laser-focused sound commandos, you always know what you’re getting and yet you get carried away anyway into new shockwave corridors that delight, surprise, and, most crucially, engage. It’s a gift the guy has, and fortunately for us he seems almost (?) obsessed with giving it again and again. And again. By now we’ve all got something of a Pop Group jones going on and VS satisfies that with depth, clarity, and a bristling focus. That in the process he brings us the energy to keep fighting the fight we can’t afford to give up on isn’t just a bonus, it’s a necessity. It’s also the point.