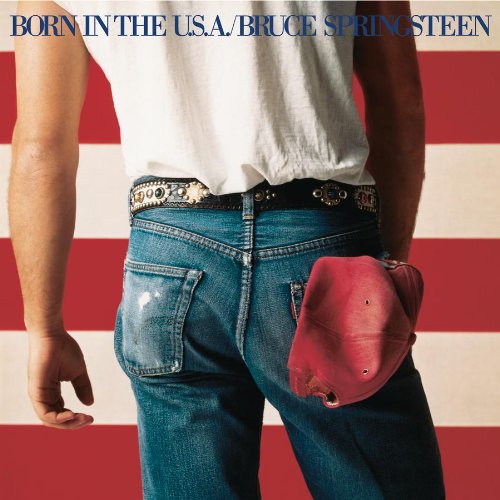 The book fascinates on many levels, but one of its greatest points of interest (and speculation) is its analysis of the so-called “Big Four” of 1984: Madonna, Michael Jackson, Prince, and, yes, Bruce Springsteen.

In Let’s Go Crazy, Light quotes Susan Rogers, who worked closely with Prince on the recording of Purple Rain:

“There was Prince and there was Michael Jackson and Madonna and Bruce Springsteen, and Prince was the only one who was so extremely enigmatic. Michael Jackson we thought we knew, Madonna we could sort of figure out, Bruce Springsteen had no artifice, so I can see how being an enigma would play to your advantage. But you only get one shot at that; there’s only so much you can reveal, and then after it’s revealed, there’s your story.” 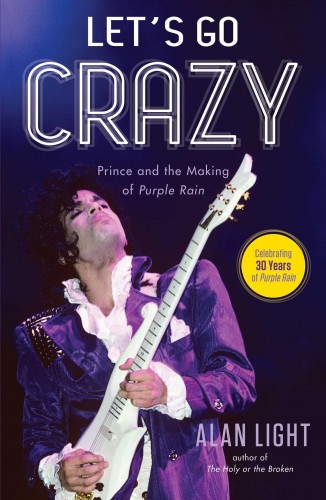 Rogers is right – Springsteen, of course, became a superstar in 1984, with the release of Born in the U.S.A., and, in so doing, found himself in the company of Madonna, Jackson, and Prince – three artists with whom, on the surface at least, he had next to nothing in common, except for their shared massive popularity. Indeed, the singles and videos from Born in the U.S.A., Like a Virgin, Thriller, and Purple Rain almost formed a sort of sonic and visual hegemony in the mid-1980s.

And, with the assistance of extensive mainstream radio airplay and MTV, the Big Four set trends in music, fashion, dance, sexuality…you name it. In other words, the Big Four had crossover appeal – and, as Peter Ames Carlin has stated, Springsteen made no bones about his personal longing to be as popular as possible.

But is Rogers right in asserting that “Springsteen had no artifice”? Absolutely not.

Lest we forget, Springsteen toyed extensively with artifice in 1984, from the way in which he beefed up and became a sex symbol to the production of Born in the U.S.A., which features the cavernous drum sounds and glossy production that smack of the 1980s and, let’s face it, make the album sound more dated than The River (1980) and Nebraska (1982). Heck, he even wrote a catchy hit single – “Dancing in the Dark” – on demand; made a video for it in which he showed off his muscles, makeup, and great hair; grooved with a Hollywood starlet who’s wearing the Born in the U.S.A. merch; and had an album cover which played with all things America, from blue jeans, to the flag, to an old baseball cap.

Don’t get me wrong. I’m not criticizing Springsteen for this move. Bruce needed to employ a little inauthenticity to reach the mass audience that would one day benefit from the deeply personal confessions of Tunnel of Love (1987), the post-9/11 show of community in The Rising (2002), the quiet protest music of Devils & Dust (2005), the assessment of the psychological damage wrought by the Bush Administration on Magic (2007), and the outright political rage of Wrecking Ball (2012).

As for Springsteen, he discusses with Light Rolling Stone‘s decision to put him on the cover of an issue celebrating the music of the 1980s. “It easily could have been Michael Jackson or Prince or Madonna,” he says in Let’s Go Crazy. “They were all massively influential. But using me, well, I suppose that’s what I was aiming at. I was very aware that the people I was referencing were people who were not afraid to take on some history as part of their song and dance. I worked through [the eighties] to find my link in the chain of artists who were willing to do that – whether it was Woody Guthrie or Bob Dylan or Elvis or James Brown, Curtis Mayfield, Marvin Gaye. That was the kind of impact I was interesting in having.”

“Referencing” – Springsteen’s use of this word shows that he understands the relationship between artifice and having an “impact” on history. This puts him firmly in the camp of Madonna, Prince, and Michael Jackson, all of whom through their sexuality and crossover appeal made political statements about race and gender. Even though Springsteen’s politics are more overt and earnest (for example, he’s one of music’s chief advocates for working people and performed songs at John Kerry campaign stops), he’s of their ilk.

Light’s Let’s Go Crazy is well worth reading for any Springsteen fan who’s interested in thinking about what he shares with the other members of the “Big Four” and to understand the importance of 1984 as the year that allowed him to start shaping the culture.