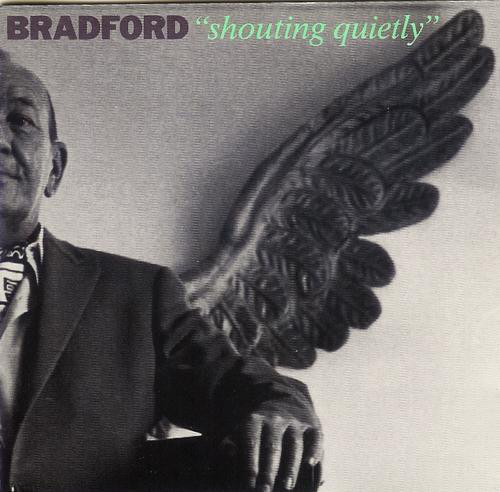 Bradford had a big start.

Lauded by Morrissey, signed to Stephen Street’s Foundation label and opening for the likes of everyone from Primal Scream to Joe Strummer to James, the Lancashire band was poised for greatness.

Formed in 1987, just two years later their Street-produced debut album Shouting Quietly came out on Sire and they opened Morrissey’s first gig after leaving the Smiths at the Civic Hall in Wolverhampton.

They also were the first band to release their debut single on CD.

A rather big start, indeed.

Singer Ian Michael Hodgson’s perfect blend of poetic self-loathing and fiery resolve made numbers like “Gang Of One” and “To Have And To Hurt You” instantly memorable, however the album didn’t live up to its promise and Sire parted ways with the band soon after.

Morrissey’s reading of Bradford’s “Skin Storm” backed his “Pregnant For The Last Time” single, but by 1991 the band had called it a day.

Although the members of Bradford went on to other musical endeavors, many have felt that their story was left unfinished.

Street tweeted that Bradford are back and new music is on the way.

Titled Bright Hours, the band’s sophomore album was completed in May and it was mastered by John Davis (The Gorillaz, The XX) at Metropolis.

A release date for the album has not been announced.

“Very proud to be part of the new Bradford line up bringing you new music!” Stephen Street tweeted.