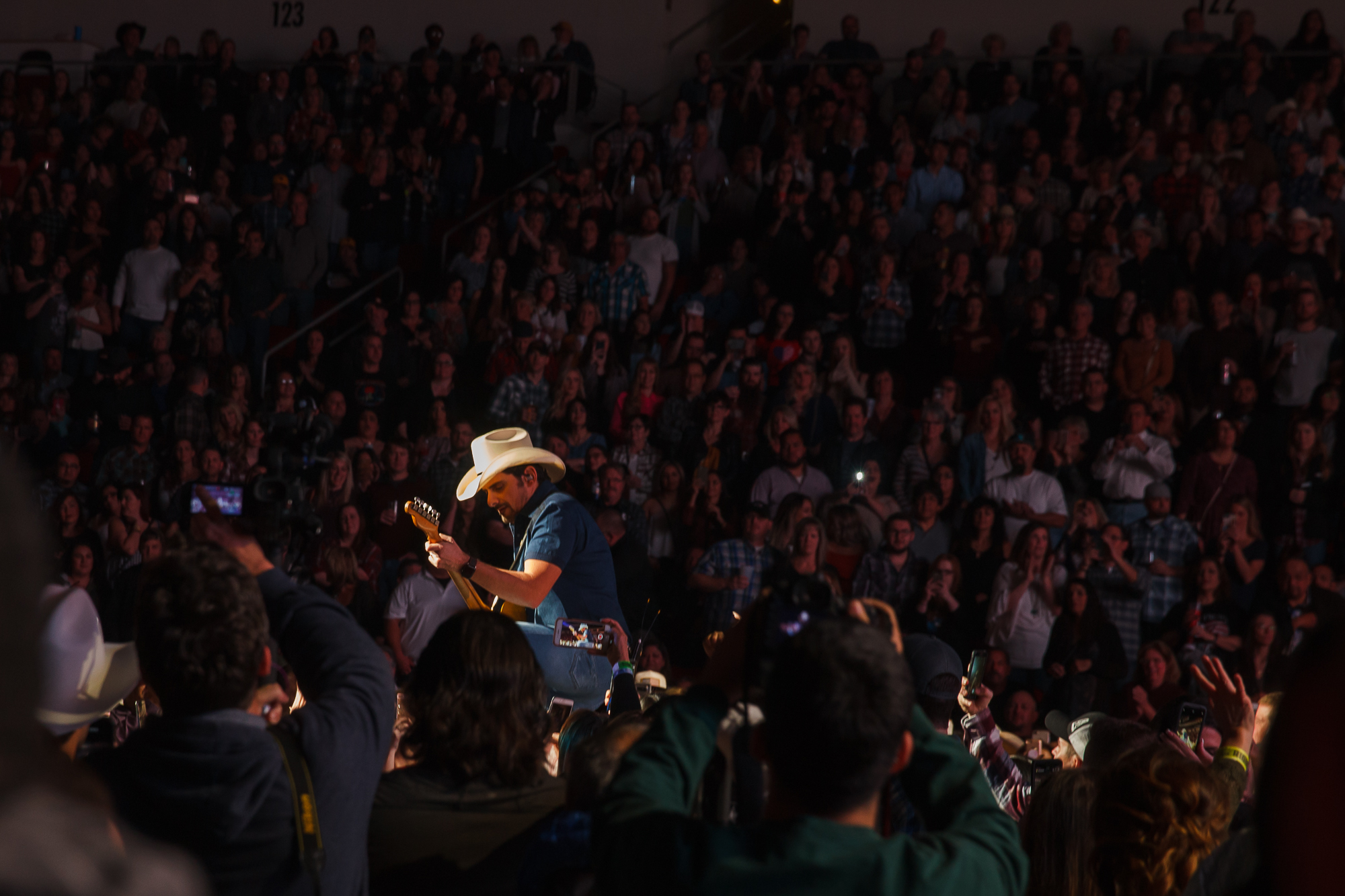 At a time when the state of our union is in turmoil, artists have become the chief uniters.

Brad Paisley might be country music’s best example of such an artist, happily sharing the stage with fans and up and coming performers. While Paisley is definitely the star, he never outshines anyone. At the Save Mart Center on the Fresno State Campus, Paisley continued his winning Weekend Warrior Tour and delivered a set that, in spite of the venue’s size, was thrillingly intimate . Even the youngest fans were made to feel special during the concert because in the tradition of Buck Owens and “Hee Haw,” if Paisley makes fun of anyone, he makes fun of himself.

If you have only seen Brad Paisley sing about insurance, you might think that he doesn’t sing or play guitar well, and you would be half right–he’s not a great singer. But Paisley is an excellent guitarist in a genre that does not brag about its guitarists. Paisley also writes haunting ballads and duets, which explains why country royalty–from Alabama to Dolly Parton–have so willingly sung with him. Because his ballads are narratives with beginnings, middles and ends, I can’t imagine anyone else singing his part. This is not to say that Paisley is simple. This is a man who put a visual tribute to Salvador Dali on one of his album covers.

The highlight of the Fresno concert was his performance of “Streets of Bakersfield,” a song made popular by Buck Owens and later Dwight Yoakam. Paisley had already walked around the arena before returning to the main stage to sing the lines, “You don’t know me, but you don’t like me/ You say you care less how I feel/ But how many of you that sit and judge me/ Have ever walked the streets of Bakersfield?”

Bakersfield is a useful metaphor, even for those of us from Fresno.

There are many reasons to attend Paisley’s Weekend Warrior Tour.

You can see one of today’s best performers do what he does best while making it look easy.

You can watch a powerful storyteller who doesn’t brag.

You can see the future learn from a giving mentor.

You can also go to enjoy yourself and think about our world and what we can do to make it better. 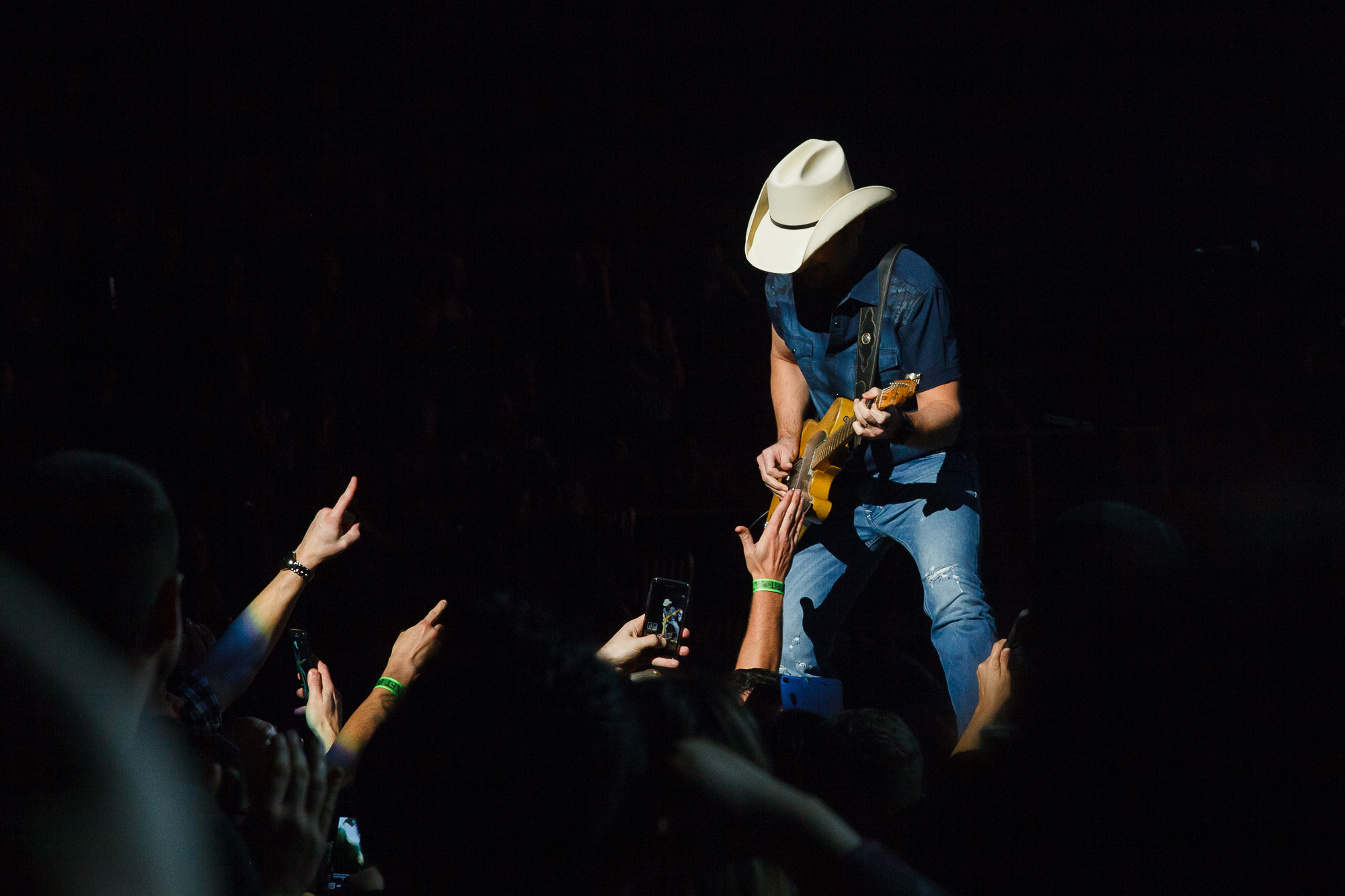 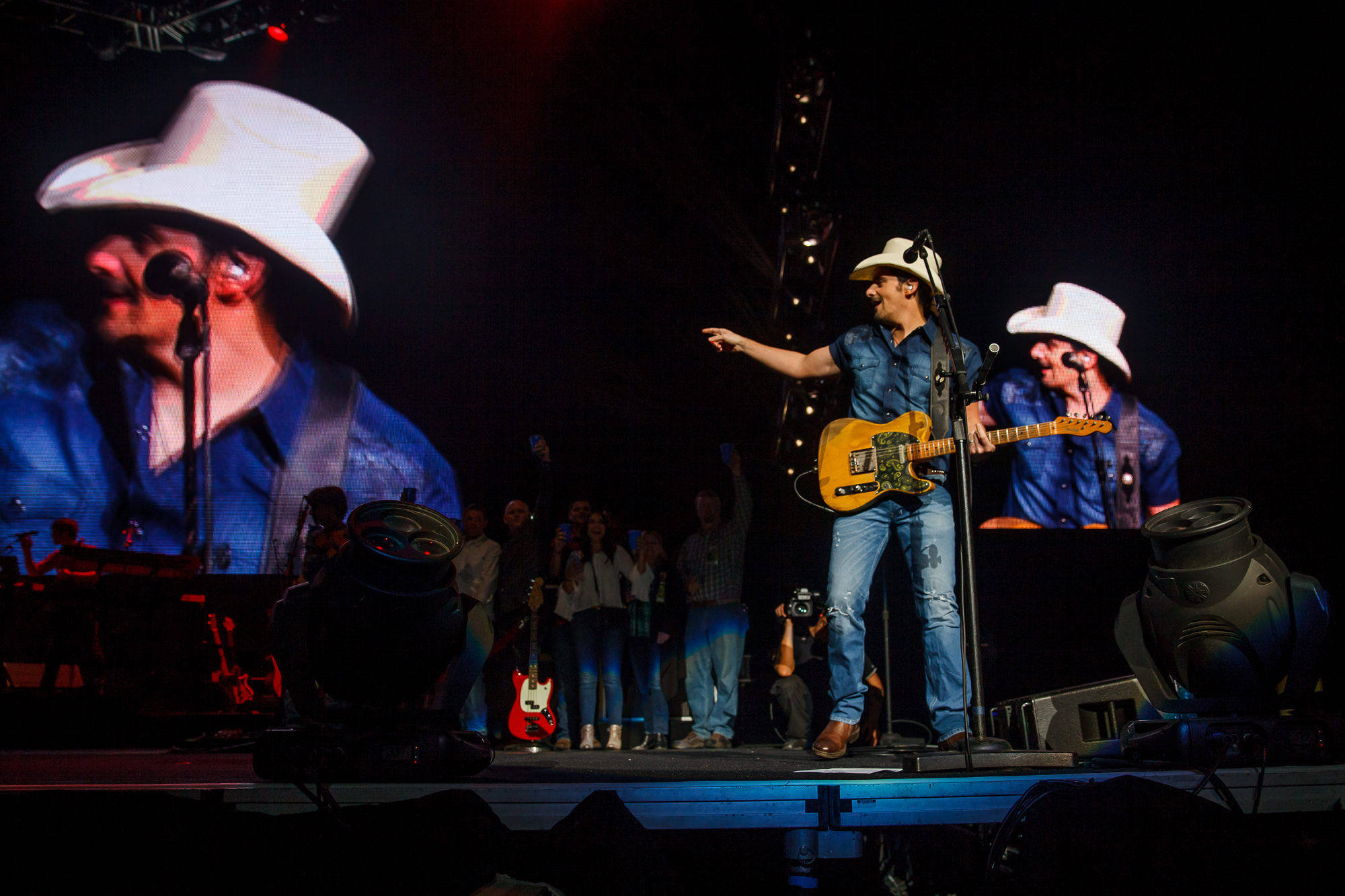 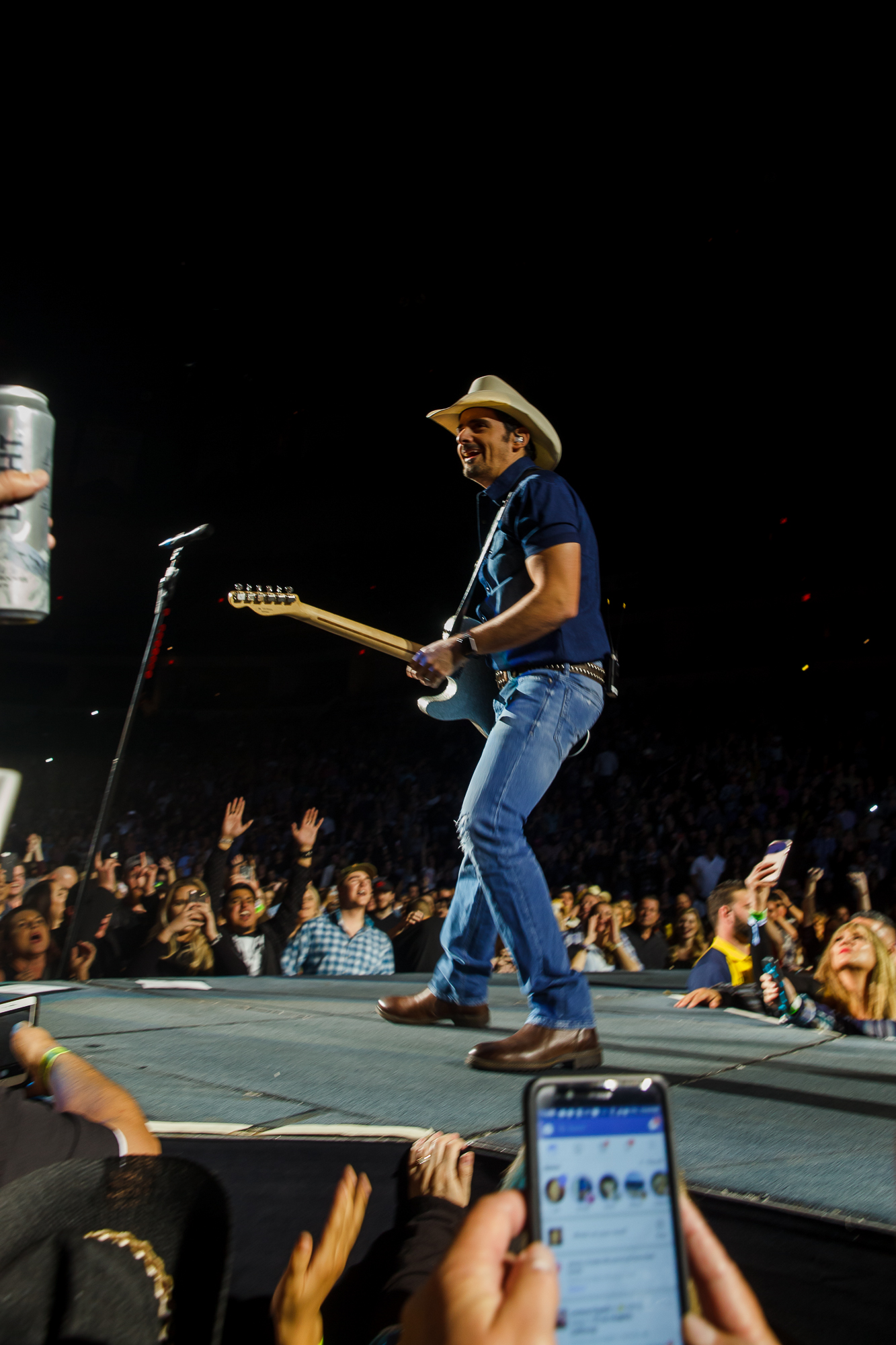 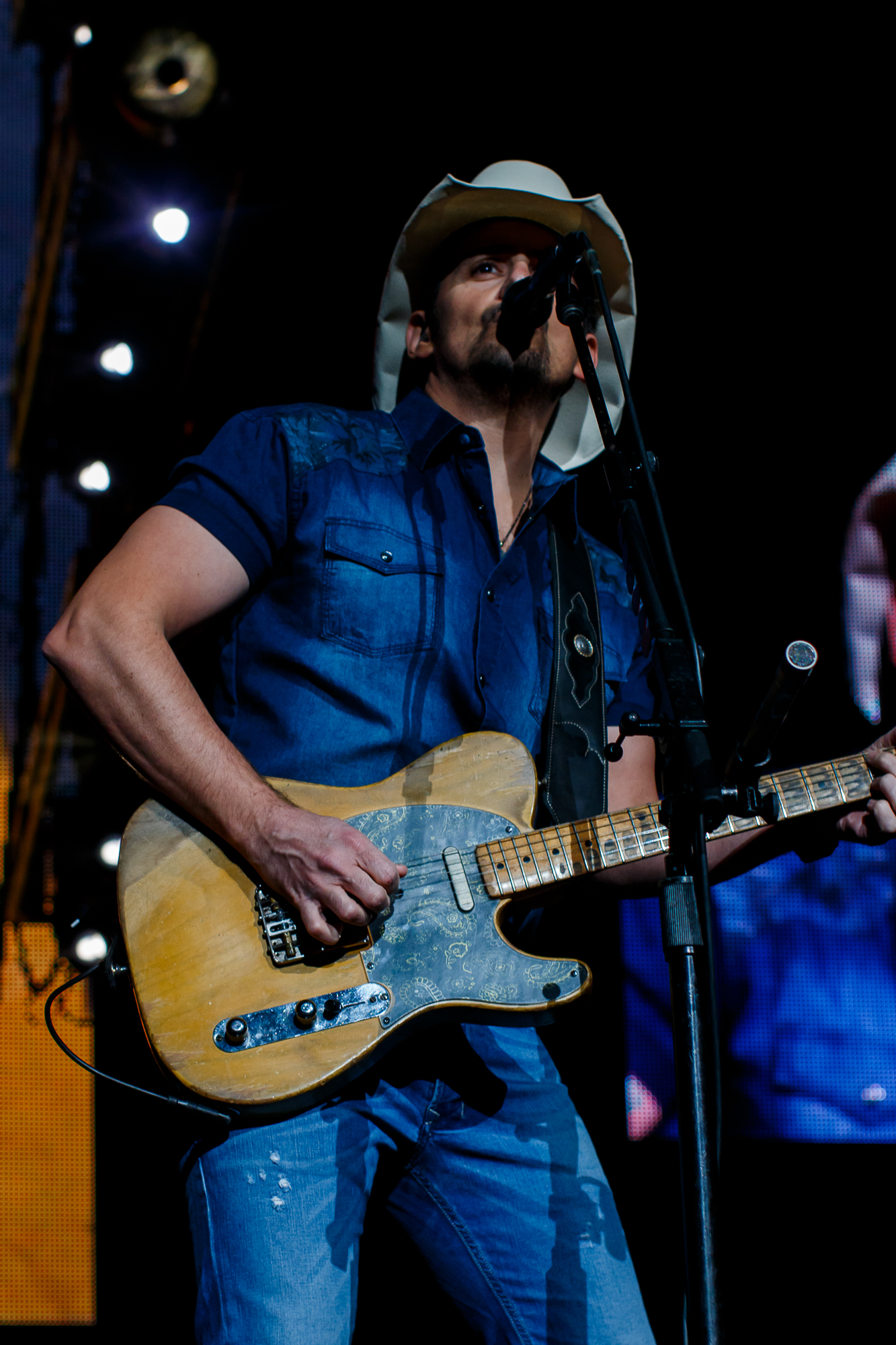