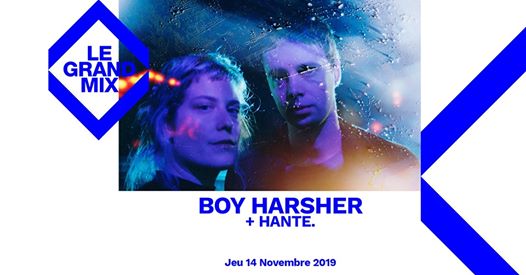 The usual superlatives paired with rampant expressions of enthusiasm is endemic this time of the year and it’s been no different as 2019 races to the finish line. As expressed before on these pages during the yearly wrap-up season, there’s some skepticism around here, given the inexpressibly large volume of worthy releases issued across a dizzying array of genres and cross-genres that now make up the ‘rock’ and ‘pop’ realms, all of it coming at us from a thousand different platforms, that any individual writer would have the perspective necessary to judiciously decide which are the ‘Ten (or name your number) Best Albums” of all those that have flooded across their desks and newsfeeds over the previous twelve months. It’s little surprise, then, that such lists so often reflect little more than a kind of hipster glance at what’s popular, ie received the lioness’s share of column inches in magazines and newspapers both online and print. Too often little more than a back-scratching media feedback loop wherein a certain level of cred is afforded those that happen to include a handful of artists that have been invited to, say, film an episode of NPR’s Tiny Desk Concerts, it tends to make what should be a moment of collective celebration feel rote and anti-climactic.

The solution, to the extent there is one (really, there’s just so much to consider), is to adopt either the staff-wide electoral method or limit the ranking process to a single genre, or at least ‘general genre area’ seeing as there isn’t a single genre that hasn’t splintered into countless subs. This being the ‘lean but focused’ SEM and not Pitchfork or Uncut or anywhere like that, the former method is out of the question but the latter is rather tailor-made, especially when it comes to the broadly-termed post-punk arena. Thus it’s been decided to once again have yours truly team up with the becoming-world-renowned darkwave aficionado Victor Montes and present our choices for 2019’s best. Yes, again, it has been a giddy year, a fact we’d be grateful for no matter what but one for which we’re even more thankful considering the absurdist reality such a bounty of wonders diverted our attention from on a daily basis. As an indication of just how fervently the wave still crests, its output growing more prodigious by the week, we’ve decided to eschew the thumbnail commentaries on each album as featured in previous years, expand the lists from 25 titles to 30, and present both Victor’s and my list since trying to devise some scoring system would be not only a bit too complicated (and even more arbitrary than number ratings already are) but too painful as well, meaning as it would that at least a third of our combined choices would be left off, which – well, no, we don’t even want to think about that. It was wrenching enough to limit it to thirty – witness our individual ‘honorable mentions’, mine especially – but, y’know, a ‘Top 100’ just doesn’t seem editorially credible. Though next year? With Kill Shelter already having announced a 2020 release and rumors of ACTORS following suit, with a new Crying Vessel album on the horizon and stirrings of studio activity from Soft Kill, all of which is but the proverbial iceberg’s tip? Who knows, who bloody knows.

9.All Your Sisters “Trust Ruins” (Flenser)

16.She Past Away “Disko Anksiyete” (Metropolis)

21. She Past Away “Disco Anksiyete” (Metropolis)