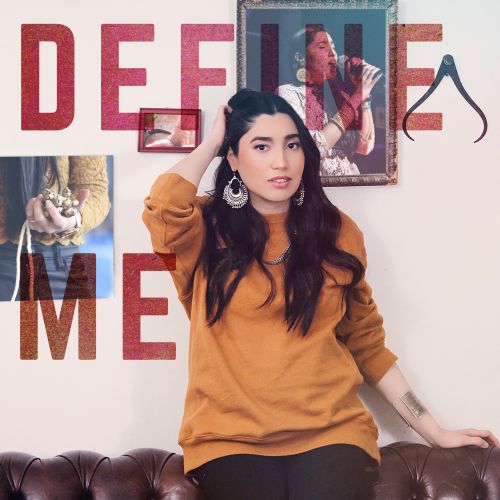 Singer-songwriter Subhi is releasing her captivating Define Me EP today and Stereo Embers is pleased to host the premiere of the record in its entirety.

The 5-song EP is so self-assured that you’d never know it’s the first time that India-originating, U.S.-residing (since the age of 16) Subhi has written music like this.

Subhi is making a name for herself in both India and the U.S.  She caught the attention of Rolling Stone with her unique blend of traditional Hindi folk with pop, jazz, and electronic music, and has been named one of India’s rising indie music stars.

On her new EP, Subhi sheds many of the sounds that brought her initial acclaim, singing entirely in English for the first time and enlisting a slew of heavy-hitting producers to bolster her intimate compositions.

Many of the songs are grounded by emotive piano notes that build over pulsing rhythms and plush synths that highlight Subhi’s ear-catching voice. While never sonically overwhelming, songs like “In My Way” and “By The Window” are infectious – the type of music that would cap a late night out dancing.

This release is Subhi’s first time she tackles issues about her self-identity. Having grown up in India, but spending her adult life in the U.S., she felt conflicted about releasing her songs in English. She decided it was time to break down those internal walls and show the world her true self.

The EP’s themes are about making mistakes, putting yourself out there, and growing with every experience. It’s also a testament to Subhi’s resiliency that much of the release’s rollout and video production happened during her first pregnancy. “I have realized that we are much stronger and determined than we think,” she explains.

On the cinematic title track, Subhi embraces the process of self-discovery and accepts that the road ahead is uncertain, but that the experiences along the way define us, and ultimately make us the best versions of ourselves.

Subhi enlisted the producer Goldhouse, whose remix of Billie Eillish’s “Ocean Eyes” was a favorite of hers. His rendition of “In My Way” takes the slow-burning song into EDM territory, a style that suits her evocative voice. In fact, Subhi was named one of the new voices in EDM by India’s men’s magazine Man’s World.

“Wake Me Up” uses subtle trap elements, like flickering cymbals to create tension for its panoramic chorus. It was the final song Subhi wrote for the EP, and she remembers it being one of the last in-person sessions she had with her producers, with rumors of an ominous virus and impending lockdown hanging over every conversation.

With her dynamic ability to shine in almost any music genre and the release of her new EP, it’s only a matter of time before U.S audiences become familiar with Subhi.

Find out more about Subhi: