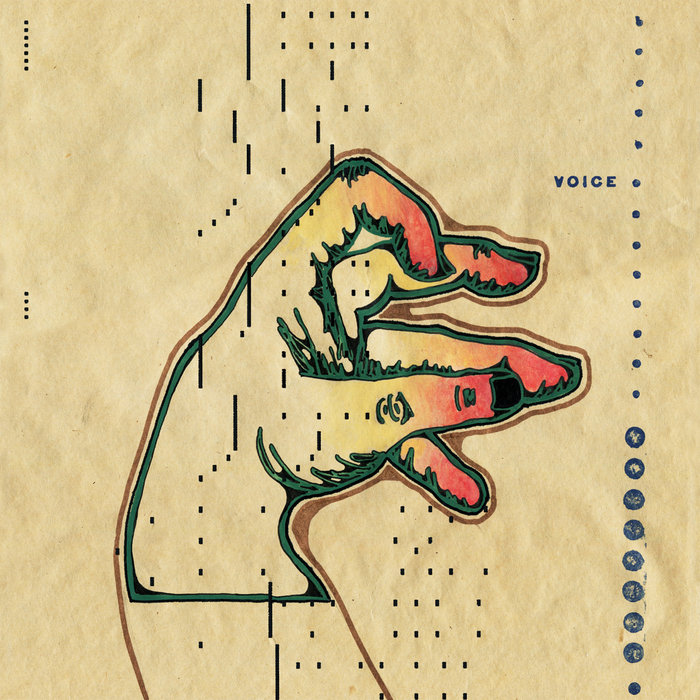 LD Beghtol is a creative force. Not only is he a talented art director and writer, but he’s a wildly imaginative songwriter, guitarist, and vocalist. And – if this isn’t enough – he’s one of the most generous people you’ll ever meet. Musicians, writers, and artists of all sorts want to work for him and experience his lust for life.

Beghtol has played and toured with The Magnetic Fields and written an acclaimed monograph on their album 69 Love Songs. He’s also led many bands, including Flare, Moth Wranglers, and LD & The New Criticism.

SEM was grateful to discuss LD&CO and The Just-World Phenomenon with Beghtol, whose remarks were insightful, funny, and energetic. Besides, who couldn’t be intrigued by a man who loves Lautréamont and de Sade as much as we do?

­SEM: Thanks for talking to us today, LD. Please tell us how LD&CO got its start.

LDB: My pleasure! Well, about six years ago, I played a couple LD & The New Criticism shows with my pals Locas in Love,  a really terrific German band who were here on tour. For reasons I never learned, my then-guitarist neglected to show up at the final one. Throughout that rather chaotic hour, I kept up a running joke from the stage requesting that any person or persons interested in being my new guitarist should see me afterwards. Shockingly, it actually went really well, all things considered. Whiskey helped. Over drinks after the performance, Scott Sosebee — a gent I’d only just met and barely knew — offered his services for whatever future project might arise, because it was obvious that LD&TNC was DOA. This was intriguing, because I knew Scott as a great drummer and bassist — with Little Red Rocket, Japancakes, etc. So I filed it away…

Then, for about three years after that night, I pretty much couldn’t be bothered to do anything musical other than finish the final Flare album, Big Top/Encore (Affairs of the Heart, 2011) and lick my conceptual wounds. But during this time, Scott and I became great friends. He’s an incredibly talented designer and illustrator — and, like me, a self-exiled southerner — so we have heaps in common. He sang a bit on “The Kinetic Family” on that doomed Flare album, and I did some backing vocals on his debut solo album, The King of Rocksprings. And from time to time, we’d talk about what we’d do if/when we actually made a band together. His background is punk rock and noisy pop, but he’s a great connoisseur of hooky pop in general, so power pop was the obvious stylistic choice for us. And I was sure ready for a change, too, after all the orchestral stuff I’d done for the past 15 years or so.

So as a test, we recorded a fairly heavy version of the Flare song “Morgantown” — with Scott playing bass and my amazing friends Erik Caplan (from the ace Philadelphia band Wizard Eye) and Doug Hilsinger on guitars — to see if I could to be in a rock band, since I’d never actually been in one before. It was beautifully mixed by Kramer. So after that very positive experience, it was time to get serious. Scott’s friend Nick Eskelinen was keen to play keyboards with us, so he and their friend Casey Burns joined us and we started making some noise together, only very casually. Eventually, we got a real line-up together and played several shows in 2012-13, then started recording at Studio G in Greenpoint, with the amazing Hi-Fi Hillary running the board.

And, thus, LD&CO was born — somewhat of a breech birth, but everything turned out okay, I guess.

SEM: Would you please tell us a bit about the folks involved with the project and what instruments they play?

LDB: Sure, we’re a funny bunch. I play various guitars — usually an electric tenor resonator, which makes amazing feedback and fuzz — and sing most of the leads. Though, as always, I make everyone sing, each according to his ability. So, along with Scott (who named the project), please meet the rest of the company:

Casey Burns (bass) has toured and recorded with The Nein and The Rosebuds, among other bands. He’s also a terrific designer/illustrator/poster artist and is the art director of the swanky literary quarterly, Radio Silence. I met him a million years ago at Mergefest when I was on tour with the Magnetic Fields and gave him my business card. I might have been flirting with him, though I don’t actually remember. Anyhow, imagine my surprise a decade later when I ran into him backstage at a show Scott and he were playing with our friend Karff, and Casey produced the very card I’d given him. Scott and I immediately co-opted him for LD&CO.

Nick Eskelinen (keyboards) is the smartest person I know, and the most humble. He does high-level techy security stuff for Google that none of us understand. His was in the psychedelic improv band, Kimone, as well as a high school ska band he refuses to discuss with us. Nick mixes a terrific Negroni.

Alex Gore (drums) — the tallest and youngest of the company — is a copywriter for the huge ad agency I also work for. The Just-World Phenomenon is his professional musical debut.

Bethany Morrow (lead and backing vocals, percussion) is a classically trained vocalist who performs with an a capella vocal ensemble in New York. She also works in advertising. Everyone loves Bethany.

Josh Siegel (baritone guitar), aka illustrator Rogan Josh, creates geeky digital pop art and runs the nonprofit group Geeks OUT. He’s played with The City & Horses, Jewel Heist, The Scurvy Pirates, and recently fronted Big Hands (a Violent Femmes tribute band). Another Scott find; I met him at a Drink & Draw session at some fag bar in Williamburg. Professionally, Josh is another art director — which makes five of us, altogether. Surprisingly, we all get pretty well.

SEM: What’s the songwriting process like for you guys?

LDB: As you might expect, I write the songs, but everyone pretty much comes up with their own parts. I’m the default music director, too — but Nick has a great ear for arrangements and dynamics, so I do rely on him for guidance. Not being in total control is something of a challenge for me, because I’m a bit of a dictator by nature. But everyone is so talented and has such a different and interesting perspective it’d be stupid not to exploit them fully!

SEM: When did you come into contact with the just-world phenomenon and what was your reaction when you learned about it?

LDB: Oh, goodness… The years and years of hearing smug people justify their own greed and sense of entitlement by saying they “deserve” — I loathe that word in this context — whatever it is they think should be theirs (wealth, power, “more,” etc.) because they are rich or pretty or white or whatever, and then excuse their own indifference to the plights of others (disease, poverty, physical/mental disabilities, etc.) because somehow those folks just not good people, darn it! When I found there was a lovely psychological term for this sort of extremely hateful magical thinking, I was over the moon. Obviously one’s actions have consequences — good and bad — but this level of self-righteousness is a knife in my heart. Or, rather, the place my heart would be if I had one. If this is the best of all possible worlds, then we as a citizens of the world have distressingly poor standards, indeed.

SEM: What was the impetus behind calling your debut, The Just-World Phenomenon?

LDB: Fascinating concept, evocative as a title, looks great typeset, fits with most of the five songs…

SEM: The whole thing is sort of a “concept EP” that clocks in at about five minutes. What interested you in working in this particular format?

LDB: I love Silber, so when Brian John Mitchell revived his brilliant “5in5” series, I was thrilled to contribute. Some of the releases are five one-minute songs, a la the Residents’ brilliant Commercial Album. Others — like mine — are whatever length they need to be, so long as the total running time is five minutes. I enjoy restrictions and imposed limits, actually, so it was a fun game. And also it gave us a reason to actually start recording and get something out sooner rather than later. We’re also working on tracks for a full-length album, to be release some day, as well as a track for a tribute album of songs by the great, criminally unknown NYC/London 80s noise-pop band, Crash, led by eccentric genius Mark Dumais.

SEM: It’s Jack Kerouac time. Let’s play “the first-thought, best-thought game.” I’m going to give you song titles, and you tell me whatever pops into your head about them. I think a spontaneous approach does justice to such a wonderfully fresh and breezy EP…

LDB: Breezy! You’re obviously high. But I’ll take fresh, thanks. It’s certainly different from anything else I’ve done. It’s a teaser. Or, rather, a trailer for the movie in my head — for which the upcoming LD&CO album Poison Learning is the soundtrack. Assuming we can actually afford to finish it and anyone cares to release it…

LDB: A bar full of people taptaptapping their way to a solitary private hell — instead of socializing, drinking, getting laid, etc. Some 50 people (many of whom I’ve never met) contributed their voices for the OMD-inspired loop.

LDB: Lautréamont and the purple cow by way of Warriner’s.

SEM: “The Radiation Isn’t an Anomaly, It’s the Clue.”

SEM: “Velocity of the Bedroom.”

LDB: Killing for company. And fame. And because you believe you deserve love and fame. Thanks, de Sade!

LDB: The theme from one of my favorite horror movies. But is it all a dream? Really it’s an excuse to have my beautiful friend Matias contribute his seductive voice to the mix. Because I deserve it, goddamnit!

SEM: Please tell us about the LD&CO live experience. Have you/how do you play these songs live?

LDB: We’ve only played half a dozen shows live. As you may imagine, it’s challenging to get seven people together to rehearse and to find venues that can accommodate us. But when we’ve played live, it’s been pretty great, and to really appreciative audiences. We have played “Devices” live — without the loop, but in future we’ll use an audio file of that and play over it, for maximum confusion. We also play “Velocity” live — exactly the way it’s recorded. It’s usually been the closer to the controlled chaos of the LD&CO live experience.

LDB: We’ll play again soon, I think. We’d love to play any place interesting that we’re asked to play. Our two best shows so far were at St. Vitus, which is a really great metal bar in Greenpoint — great sound, super people — and Rock Bar, which is a tiny gay bearbar/ersatz sports bar in Greenwich Village with a miniscule stage and a crappy PA. We packed the place to overflowing one Saturday night, and it was really sweaty, chaotic, and amazing! I think some inappropriate touching occurred when my back was turned. At least I like to think it did.

SEM: Finally, I wanted to ask you about Morrissey. Your voices are quite similar…

LDB: Gosh, the Morrissey thing. I always get asked about that — but that’s unavoidable, I suppose, since I’m an aging homosexual baritone who sings melodic, wordy, funny/sad/romantic songs in an oddly distinctive voice about doomed love and the rotting society in which I live. I love Wire or the Mary Chain or Altered Images or Severed Heads as much as the Smiths — maybe more — but the influence of those bands on my music is perhaps less obvious. I still love Moz conceptually, but his records are so unbearably dull now. Great lyrics as always, but musically so dreary…