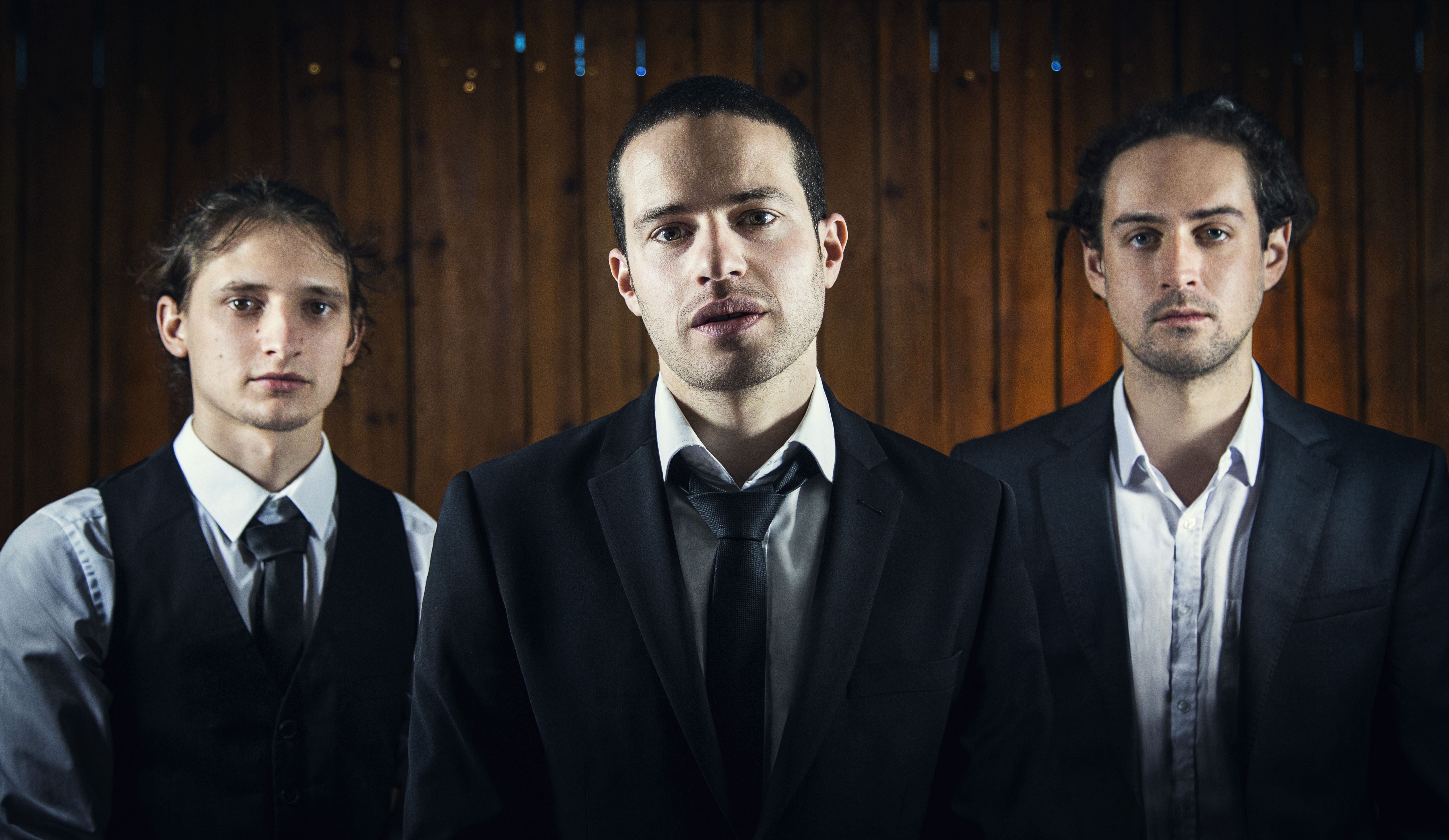 The car must be pretty old, as it only has a cassette player, and we are no longer in possession of any of those legendary little workhorses as their heyday ended long before we undertook our reverse immigration to the old country. I long for even a few of the tapes I left in my mother’s old Acura back in New Jersey, particularly the one with Lloyd Cole and the Commotions 1984-1989 on one side and The Singular Adventures of the Style Council on the other, two Eighties compilations which would certainly brighten up the parched Eastern Mediterranean landscape across which I am often forced to traverse in my wife’s car. Within its confines – and they are indeed confines when you are 6’1” – I am forced to endure the torment of the Nicosia pop radio stations my wife plays in the car, all of them a seeming mix of songs from New York’s Hot97, Eurovision and the current Greek top 20: with the exception of the hidden Eighties or even Nineties gem that somehow pops into the mix, like sweet oases, it’s an obstreperous and rather painful musical desert. I heard a horrid song one evening and asked my wife, “what the fuck is this shit?” before I realized, after the second chorus, it was “Halo,” by Beyoncé. I found it unbearable, something maybe only Dusty Springfield could redeem.

Now I understand it’s unfair to bemoan the state of popular music from the small snatches of it I hear on the radio in my wife’s car or see on the video music stations in the tiny half-island republic in which I currently reside, but I what I have experienced of late sounds heartless, canned and toxic. Music made by machines? Give me Depeche Mode and New Order and “Do You Feel Like I Do?” by Peter Frampton any day, but there’s something so unbearably synthetic about what I hear on the radio when I am the presence of the once mighty T-Rex. The sad “whinging”, as the Brits say, of a middle-aged American expatriate with a penchant for anything recorded before the 21st century? Sure, and there’s still fantastic music being made, I just don’t think it is as it was in my youth, when I could turn on the radio, a classic rock or pop or soul station , and hear Anita Baker and Dylan and The Police and Springsteen. Back in my day, which could be called “The Cassette Age”, even the Traveling Wilburys had a hit single. It was quite a long time ago, way back when giants walked the earth and U2 made thrilling, important records.

These days, when I stumble upon something lovely and alive and organic, something that reminds me of why I love music, something melodious and played with, to reference the title of a Jam tribute album, “fire and skill,” I am delighted and relieved. I’m sure there’s plenty of it out there being rehearsed in basements and garages and performed in small clubs from San Francisco to Glasgow, plenty of it available right now on iTunes and Soundcloud and YouTube. I don’t regret living in a cocoon made entirely of Postwar popular music, but I’m happy if and when I open up a window and peek outside and I find there’s still plenty of fresh air, that the birds are twittering away and the bees are zipping from flower to flower, that the kids are still alright. I was happy, therefore, thanks to a few Twitter direct messages, to have come across the Rony Trio EP, Shadow, which I can’t recommend enough. The music the three gentlemen of Rony Trio make is, in the words of Jeff Lynne, a living thing.

The EP is an idea whose time has returned. Once the crown prince of the vinyl era, it didn’t make much sense when the digital era began and CDs gentrified our record collections, pushing our vinyl into low-rent basements and suburban guest rooms. “Dwell I in the suburbs of your affection,” Portia asks Julius Cesar, and the answer, to my vinyl collection, unfortunately, at the time, was yes. In that collection, now residing on groaning shelves in my parents’ basement in northern New Jersey, you will find a number of outstanding EPs, including The Pretenders Extended Play, Dire Straits’ Love Over Gold and Twisting By the Pool, The Raunch Hands’ El Rauncho Grande…EPs were usually five songs and, in their vinyl incarnation, priced less than LPs. Once everything was reissued on CD, I don’t remember seeing EPs at reasonable price points – I don’t remember ever seeing CDs at reasonable price points until they arrived in the discount bins at Amoeba Records, but that’s a tirade for another time. Here and now, in the MP3 era, EPs make perfect sense, a smaller cluster of songs to be downloaded, played on Soundcloud or YouTube… compressed collections for a technology that compresses.

Founded in 2013, Rony Trio comprises Londoners Rony Berrebi on guitar and vocals, Oliver Mitchell on bass and Jim MacRae on drums. Shadow is the band’s first release and you’ll hear a bit of everything here, from Jack Johnson to Geggy Tah to Talk Talk to the Levellers to the Dave Matthews Band, which released a singular album with Under the Table and Dreaming, a collection of intricate and passionately played songs that didn’t sound like anything else at the time; neither does Shadow to my cloistered, middle-aged ears.

Writing as a father, one of the benefits of parenthood is sending your heir(s) on a forced march through your music collection. The diversity of Rony Trio’s sound is a gift from Rony’s parents: his mother is from Brazil and his father is from Tunisia, and the young man was reared on diet of, Arabic music, blues, bossa nova, chanson, jazz and straight-up, All-American, Midwestern Conference rock n’ roll. The result is deeply musical and, though I’m loath to use the word to describe anything beyond meat and produce, organic. The songs on Shadow are meticulously built, lovingly performed and crammed with more hooks than a meat locker. You’ll hear acoustic guitar, strings, lovely harmonies, swinging percussion and infectious choruses, particularly on the single, “Mystery,” which announces itself with a group hurrah like the one that kicks off Springsteen’s “Sherry Darling” and then pulls you onto the dance floor. I spent a lot of time over the Christmas holidays hanging laundry and washing dishes, humming the chorus to “Mystery” as I completed my ablutions: once I start playing it, I find it hard to stop. It’s one of those songs that makes you think everything might just be all right, like Aztec Camera’s “Deep and Wide and Tall” or Katrina and the Waves “Walking on Sunshine” or “Train in Vain,” That maybe for four minutes and change we might not flinch, weary or despair.

Shadow is a chiaroscuro success, alternating between bouncy, upbeat tracks and more somber numbers. The propulsive “Get Ready” was written in Mauritania and features an Oddu player from Mali, while title track “Shadow” will remind you of David Gray with a pinch of Camera Obscura. “Strong” is a melancholic acoustic guitar ballad buoyed by strings, and “Mythology” is an acoustic shuffle, again with strings, asks a simple, obvious question about God: “Why shall I choose one? If yours is right, will the other five billion burn in hell? Be damned?” A “Dear God” for the Pope Francis era.

There’s a second EP in the Rony Trio hopper, and they’ll be playing at the RMA Tavern in Portsmouth on the 14th of January. I imagine, after listening to Shadow, these guys are fantastic live, so if you’re anywhere near Portsmouth, England, two weeks into 2016, get ready. As Rony sings in “Mystery,” it’ll be time to party…all over the night. They’ll make you feel like they do.

You’ll find everything here, including the video for “Mystery,” a schedule of upcoming shows and links to Amazon and iTunes.