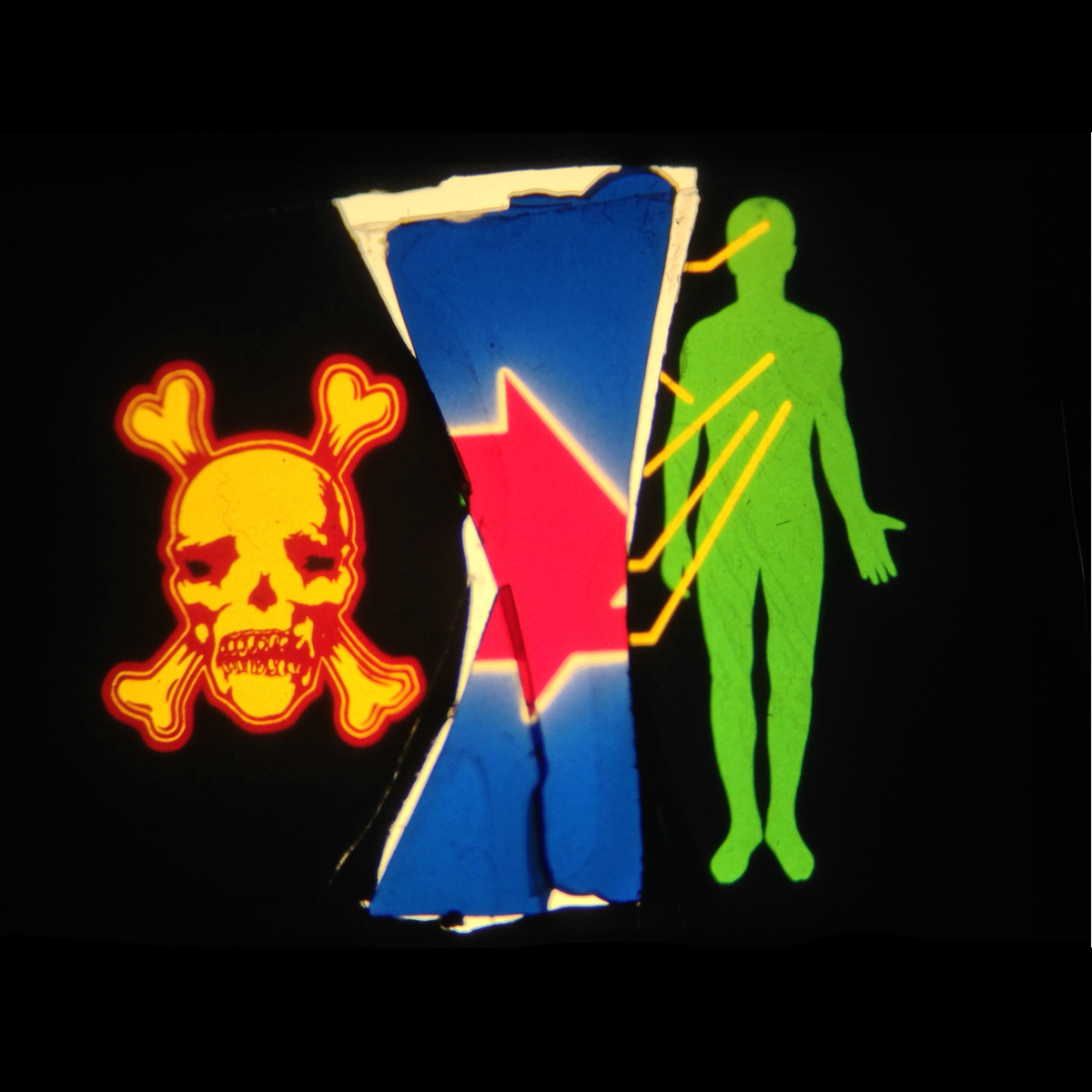 Twice I’ve torn away pages beginning this review. Do I bring up the fact that the CD arrived unbidden in a slightly oversized envelope with a full-color promo sheet and sandwiched between two slices of white bread each with a perfect heart cut dead center, or leave out that detail as extraneous information no matter how delightfully this bit of postal hijinks struck its recipient? The answer, rather obviously, comes in the asking of the question in the first place. The quirky means of its arrival has already been mentioned and the situationist packaging prank has done its work. I likely would have paid attention anyway, even without the attention-getting inclusion of squishy carbohydrates, given who’s involved here – it’s another Hannah Jones joint (fun saying that) wherein she’s joined, again, by erstwhile Elephant 6’ers etc; Ms. Jones, you may recall, last graced these pages as the main drive behind the eclectic post-punky The New Sound of Numbers – but with the flood coming in daily through every portal, piquing one’s interest via Wonder Bread is a worthwhile ploy, not least as the music inside matches in playful verve, out-of-left-field unexpectedness and haywired inventiveness the wrapping in which it came.

Sounding everything and nothing like the who’s-who list of young Athenian bands that populate the band – of Montreal, Dark Meat, Olivia Tremor Control, M Coast, the Music Tapes and many others; it’s a busy album from a busy scene – this self-titled debut charts wrecked, deteriorating electronic landscapes with an ADD prowess that’s as impressive as it is disturbing, managing to inject a sufficient level of subliminal listenability to prevent the auditory meltdown that might otherwise occur. The type album that can initially seem just pure daft with its own experimentation, a repeat listening or two reveals layer after nuance of reward-granting method to their unique brand of madness, and since I’m tempted to apply it to nearly every track let me just say it out front: there’s a lot of bewitching going on here, a fair amount with surprisingly sylvan undertones, much of it wound inside the convoluted architecture of circuits and ruined mainframes, and a small but notable portion of it taking Eno mountain by strategy. An intriguing amalgam, you must admit.

Opener “Happy Stomp” takes its sunny fractured patchwork intro and lets it unravel into a spaced-out idyll somewhere between a Sun Ra daydream and a St Albans children’s choral track drifting through the cosmos and pulled in by some kid’s trusty transistor in some lost exurb on Ios; “Strange Remember” emerges as an avant-vernal gambol before we find ourselves exploring the bloodstream of an electronic body at rest, floating through arteries at a leisurely pace, the walls dripping with the slowed-down diastolic echoes of those that have come before, the intrepid traveler from the edenic end of the krautrock spectrum, your Clusters, your Harmoniums, while ultimate track “Bouncy Clock” pulses forward with a wiggy safari beat that plants the Residents out on the savanna with only their invincible wits and some craftily damaged synths to save them. 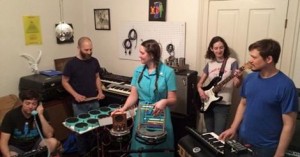 Then there’s “Whistle Tips,” fooling us into thinking we’re stuck in the Olduvai Gorge with its distorted huffs from a caveman’s lungs before flipping into Mind Brains‘ rockinest moment that, despite its odd volume drops and one strategic bang on the bottom of an aluminum pot (maybe), charges along with a tight, bass bomp rhythm that reminds, frankly, of a lost track on a Dutch compilation circa 1981 which delights yours truly no end, even considering its brief 2-minute tenure. On the Eno tip, “The Morning Before the Morning Before Dawn” exhibits the type of disorienting time-slip pop the bald prophet pioneered on tracks like “Backwater,” this one just a mite scarier with something of a candle-flickering ritual about it underlined by an unsettling vocal that manages ‘menacing’ and ‘soporific’ to an equal degree, while the droning bed of lively hypnotics and pop electronic poltergeistism (yep, made that one up) of “Body Horror” takes that song title and transforms it via sly studio trickery into “Paw Paw Mind Brains Blowtorch.”

All of this, it should be noted, is animated by an unquenchable spirit that suggests, at every turn, playfulness in the face of the surrounding dark, and nowhere is that disorienting child-likeness more exemplified than on “The Era of Late Heavy Bombardment,” taking as it does the implied template of the melodic refrain of ‘ashes, ashes, all fall down’ and applying it to a blitzkrieg scenario. While it’s anything but easy listening it’s also likely the most emotionally evocative audio picture of a child’s innate playground-centric response to the terrible wonder of a bombing campaign you’ve ever imagined.

Aside from the slight “Sea Shore Minor” – a wisp of existence that gets lost in its own sonic mist and, though eerie enough, never finds a mooring to tie up to – and a handful of placeholder tracks that I’d say shall go unnamed except the band themselves leave them untitled and off the tracklist (itself a bit of charming subterfuge, I felt), Mind Brains is essential to the health of our collective modern music soul. We need more records like this (with tips of the hat to fellow travelers Tunabunny and The Bastards of Fate and no doubt others we’ve yet to hear), ones that sneakily undermine our comfortable assumptions of what a ‘rock’ record should be, that discomfit, make us look askance at everything else around. Ones that frolic at the edges of our consciousness where most other records fear – or are simply unable – to tread. It’s both refreshing and no wonder that bands coming out of the Athens scene continue to surprise and even unnerve. It’s as if some torch from Akron drifted south a few decades ago and lit the fires of weird exuberance that has been yielding all these strange dividends for years now.