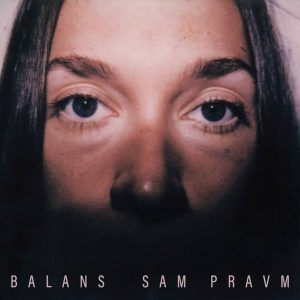 So, yes, this column is meant to cover fairly (if not absolutely) up-to-date releases but sometimes in one’s most honest pursuit there comes a time to fudge, to let yourself be a bit elastic about your preset parameters if in doing so you’re righting (writing?) a consequential wrong. Now, by ‘wrong’ I don’t mean to imply that what’s being corrected here is in any way the product of some pernicious misdeed or petty revenge or even lazy neglect, there is no guilt involved real or imagined but rather the simple (and rather pure, really) oversight that can happen when the world is so immodestly awash in quality post-punk/darkwave/etc artists that missing a creme de la creme band becomes an all-too-common reality. The tsunami of talent that has continued to grow – precipitously, one might say – over the past fifteen years or so goes so far past mere revivalism there’s barely any use looking back behind you because you won’t really be able to make out anything more that the dim outlines of that bulwark of legends and progenitors standing back there on the shores of the late 70s early 80s for all the electrifying waves and currents and swelling whorls of talent in every one of 2021’s channels and byways. It’s a crowded hot amazing mess that spells delirium for all of us swimming in that just stupidly rich ocean while also guaranteeing that work of major importance will sometimes go unnoticed or at least criminally undersung, a fate more likely if the band responsible hails from a relative backwater like, say, Slovenia. Like, say, Ljubljana-based balans.

OK, some ‘seeming’ hyperbole to start. This album, sam pravm, released late last year, brings me life, it blows open and subsequently floods in generous torrents those conduits that connect me to the writhing immortally skinny kid caught in the starving London of 1979 for the music and nothing more. With a minimalist approach that manages a maximalist impact, balans – Kristin Čona vocals electric and bass guitar, Andrej Pervanje vocals bass and drum programming – are, quite fucking literally, an Au Paired Delta 5 reincarnate, fitted for the 21st c., lean devoted and brilliant, a primal brilliance that speaks itself beyond the bands of current favor (good slash great as those that constitute it are). This is, in short, post-punk brinkmanship, full out, full stop. Let’s talk tracks.

Introducing themselves no nonsense-like here on their sixth (!) album, first song “Uganka” (“Puzzle”) erects a tight, unyielding edifice built out of Gang of Four planks and surging guy Wires that nonetheless, due primarily to Kristin’s commanding contralto vocal, maintains a slinky if powerful grace. Quick on that opener’s heels, with a compact funk foundation that might well cause ESG to do involuntary somersaults, the racing “Koprive” (“Nettles”, appropriately) and “Če Be Mi” waste not a nanosecond of their identically allotted two-minutes forty-six, while the lurking “Kar Ne Poznam” (“What I Don’t Know”), of similar length, nimbly plumbs its subterranean depths, seeming to skip between ritual and catharsis without, shall we say, missing a beat. Even when the pair choose to stretch out and/or slow it down, such as on “Sam Naprej” (“Alone Forward”) that sounds peak Belgrado leant the ‘balans touch,’ the haunting trance-ish “Njam Njam” (“Yum Yum,” not a nod to early 80s band Nyam Nyam) or “Faking Keš,” hypnotic, attended by birdsong and matter-of-fact existential dread, the deeply organic human machinery keeps pulsing along, undeterred and determined to tunnel its way into your psyche.

Which, to put it succinctly, is where they belong. And if my paltry words here have not sufficiently persuaded, consider this: sam pravm is the first album I’ve felt compelled to order all the way from Ljubljana and never has the wait nor expense been more wonderfully rewarded. If you’re further on the fence all I can do is turn to the translation of this most recent balans album and let it speak for itself: I’m Right. [get yourself right right here] 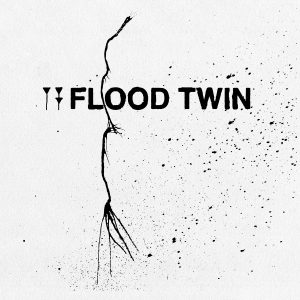 Alright this is just getting plain insane. I used the word ‘flood’ in the previous piece – far far from the first time as I’m sure the archives would attest – and its accuracy in referencing the current state of post-punk/darkwave affairs could hardly be more tumultuously on point (which isn’t even to mention how handy and prescient it was for the word ‘wave’ to be adopted into the nomenclature way back when). Thus, given how the universe seems to so often work, it’s hardly surprising that the next album atop the Triptych pile would be by a new band that happens to have incorporated that particular F-word into their name. Happy editorial coincidence as that is, however, in Flood Twin’s case the word is not merely allusive (far from it) but rather takes on a trenchant, intrinsic, almost violently poetic relevance once you hit play and the flaring intensity commences.

A trio germinated in both NOLA and Atlanta that calls the latter home, Flood Twin’s collective résumé immediately makes its bona fides clear here on their self-released debut, the three of them coalescing with such astute force as to singularly lend credence to the idea that fate can actually work in one’s favor especially when steered by the dogged hand of intent. That hand in this case belongs to more-or-less architect of the band Grant W. Curry. Chased from his adopted home by Hurricane Katrina, the bassist and lead singer, having turned to the arts as a diversion from early chronic illness and the not infrequent (and, really, understandable) consequent of addiction and recovery, landed in Atlanta after being involved for many years in bands and studio production back in the Big Easy. In his new surroundings Curry quickly fell in with ace guitarist and punk rock veteran J. Leslie Hedberg, and the instant spark between the two had Curry dialing up his drummer pal Sterling that he’d played with in the 9os and boom! the circle was squared – well, alright, triangulated – and here…we…are, with the deceptively-named Flood Twin’s opening salvo ready to blow you the fuck away and I’m not even close to exaggerating.

Stridently, fluidly bass-forward, marked by a prowling melodic surge and a psycho-political rage (when not essaying the messy clash between love and disaffection as on the Metal Box-ish “Break Your Heart”), the ten tracks, pounding in precise meter, arc across our fractured zeitgeist with something of a brutalist zen. “People,” kicking off, buzzes nervously into being atop a skein of sustained feedback that gives the impression it’s barely holding a brooding tension in abeyance, an impression that hangs in the air up until the ‘chorus’ – essentially just that one-word title repeated a few times with a tense imploring “come on” tacked on the end – at which point the finely coiled hell waiting to break free does just that. To the extent an opening gambit is meant to portend the essence of an album entire, “People,” wildly concise, is an exemplary choice.

“Silence,” chasing itself along with an urgent restraint, anger straining at its leash, exhibits both a raw and refined impatience with the perilously blithe condition of our body politic (“bodies, silence/state violence“), the savagely hypnotic “Downtown Zeroes” lulls and skulks with a looming menace, “Primal” earns its title from the first jugular-throttling utterance and doesn’t simply never let go but tightens its grip, “Syria” hurls you out on the the dance floor with its whipsaw punk funk and the pocket-shredding workout from the rhythm section, the agitated trance of “Heaven” takes that old ‘less is more’ adage and breaks it damn near in half, the song’s ‘punch line’ (for want of a better) proving how devastating simplicity can be while “America,” rhyming “carousel” with “high-rise terrorist cell” brings the album to a close with a lurching, if damning, if poignant tenacity and grace.

As a band these three Twins cohere with a fierceness that feels as effortless as it does hard won. Theirs is a chemistry that crackles, that burns with a fury and the dark, driven joy in expressing it, and we’re telling you right now this whole pandemic shit better goddamned ease up and soon. Flood Twin marks out the prospect of seeing this band live as an absolute imperative. If and when Curry, Sterling, and J. Leslie come to your town, do not fucking miss them. [get your Flood on here] 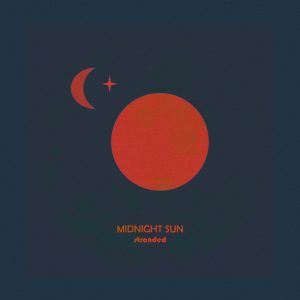 Not necessarily enigmatic but a bit too much under the radar for our liking, Nashville-based Stranded, with this September 24th release of  debut full-length Midnight Sun after a couple of EPs dating back to 2018, should, by rights, remedy that status. Moody, intuitive, assured and diverse of intent, it’s one of those records that sneaks up on you from an unexpected left field then hangs around for days if not weeks. It’s engaging that way, good solid songcraft that keeps surprising you in subtle ways even when you think you’ve got it sussed.

A solo project from one David Mansfield (who’s quickly become the David Mansfield around here), primarily self-produced with an assist from Drew Haddon, the album instantly beguiles as the darkly seductive “A Testimony” unwinds like a trance made of smoke and mortal resignation. Oddly persistent with a laidback nervousness that suggests some weird mid-ground between the Feelies and Low, it’s quite possibly our favorite opening track on 2021 but in any case certainly one of the most effective. What delights further, however, is that the song, rich and intriguing as it is, in no way defines what follows. Mansfield, like fine confident songwriters do, has a sure command of the unexpected.

Nestling inside a matrix loosely bordered by Love Tractor, the Gun Club, and Lee Hazlewood had he come of age in the early 80s, Midnight Sun traipses across that alluring grid with a smoothly ricocheting ease. The shadowy, loping gloam of “Back Country,” “Tumulus”‘s broodingly uneasy edge, the way “Wayward Haunted” feels both jaunty and fraught (accent on the latter), “Crossed Lines” jittery low-end with its dark bayou vibe, “Vestiges” injecting a tinge of the American South into the punchy jangle of some lost gem the Church never got around to writing, this marvelous record, in all its well-sewn variety, is what in the business we call ‘a find.’ [find it here] [feature image: author]