And they come from every gully and byway, from every two-bit post-industrial wasteland, every stultified mall-littered suburban moonscape, from endless acres of agribusiness farmland clichéd every which way by ambered waves and grain silos at sunrise, from inner-city warrens wailing with sirens and beautifully tense with the rhythms of urban malaise. In Charlottesburg and Susanville and Vicksburg and Nashville and in all the places in between and the places in between the places in between, musicians of infinite stripes and myriad styles, loaded with talent and potential and a yearnful drive, are pouring into the public sphere, pretty much literally crawling out of – and into – the ears of this blessed conflicted country of ours. The ad- and disadvantages of the digital age’s democratizing impact on the making, producing, and distributing of music are enough well-commented upon to bypass their examination here except to say that Above Ground Fools, by journeyman session drummer and consummate musician (not to mention occasional actor and stand-up comedian) Matt North, exemplifies as well as any album might the perils and promise of that two-sided golden coin: a terrific, solid, highly recommendable record that on the one hand may not have seen the light of day had it been subjected to the grinding gears of the old record industry but, on the other, lands gratefully in our laps thanks in no small part to the breakdown of that very machine. Yes, we’re bombarded with an unrelenting, ever-growing fusillade of self-released efforts that tests the endurance of even the most prodigious appetite – especially as the quality differential remains unchanged since the big label heyday – but that only makes a discovery like this all the more gratifying.

Toiling in a plangent vein betwixt the complicated but mineral-rich claims of Matthew Ryan and Steve Earle, the niche Matt North occupies – Americana-tinged, rocknroll-based singer-songwriter about covers it – is by no means a unique or sparsely populated one, but due that fact, it is one where writing chops and fire are required to see an artist rise above the clamor. Both are in fine abundance here. 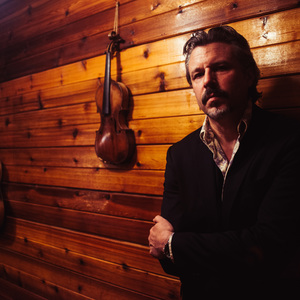 The first thing you’ll notice is the pop, not just in that word’s typical album review sense – though there’s plenty of that; North if nothing else is a radio-ready craftsman – but as well the sonic punch that animates opening track “A Good Day in Nashville,” a Zevonesque country-rock burner (and sly nod to the singer’s adopted home town) that, in its wry observational humor piling on both pathos and irony in equal measure, more than earns the above association with the legendary Excitable Boy. Emphatic and empathetic, it’s an energy that bristles and sparks through the whole of Above Ground Fools as the casting call of top notch local talent that lent its skills in support of the North’s vision create a sound visceral and sure enough as to seem a distilled summation of Nashville’s storied past. The fact that even with that high-caliber backing the strongest voice here belongs to Matt North should perhaps tell you and sell you more than any words before of after this sentence. Nonetheless…

“No Hard Feelings” continues with the lashing ebullience, a tight remonstrance of electric guitars, North’s drums snapping at the leash, the song’s title boisterously subverted by the lacerating, tongue-in-bitter-cheek lyrics; the shiver-inducing rumination “Cronkite and Cosell” links with a gentle aplomb the fall of Richard Nixon to the murder of John Lennon on its way to savaging by comparison the 24/7 horror vacui that has the fool’s nerve to call itself ‘the news’ today, all against a background that summons the Band in their Richard Manuel-est mood; “I Sold It All” rollicks with an abandon that suggests David Lindley halting the El Rayo-X sessions to go back in time and join the Clash before “Murder Shows” dissects the lost lure of romance and attraction as if it’s a tender gone soul left abandoned on a stainless steel CSI table, the mood here somehow both resigned and petulant, regretful and defiant, its lyrics sashaying between the then and now with a smooth – if deliciously macabre – irony, not a little like a Padgett Powell short story. The plum here, however, may be the three-and-a-half minute spirited whoop that is “Miss Communication,” where Michael Webb’s Hammond B3 lends the artisanal bed in which guitarist Christopher Wild, his work superb throughout, is allowed to erupt like a prowling panther freed from its cage, loosing one of those wild mercury outbursts that pulled us out of our shells and into the writhing melee of rock’n’roll in the first place.

In the end, as “Come Here Go Away,” a stinging indictment of the industry’s still-fickle superficial ways goes charging over the horizon, North beating the holy Grohl out of his kit, the impression is complete: the hole Above Ground Fools fills is that one shaped by the hunger many of us have for the kind of ripping, literate rock albums of the 70’s that, despite their decibels and/or their snarling swagger, were plotted with an unerringly confident intelligence. For me, it’s impossible to not slot this record déjà vu-like between the aforementioned Warren Zevon and, say, the first three Graham Parker & the Rumour albums. It’s when the drawl and classic heartland rock resonance gets added in that we arrive back at the top in terms of Ryan and Earle. At the same time that’s happening, we might just realize with a start that this is what, in retrospect, the damned Eagles should have spent the better part of their career sounding like rather than drifting off into cocaine fugues and the marbled foyers of California hotels.