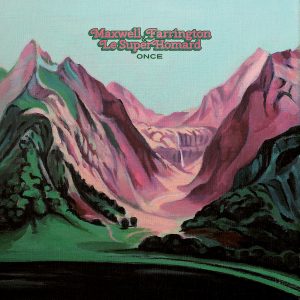 Though nearly all of us – me, the folks at Talitres, the publicist that sends along albums like those under consideration here – are more than likely, at our essence, rock hounds to the core with a pop sideshow tucked in at the corners, at times, when pressed, we have to admit that that latter piece holds considerably more sway than might be outwardly visible. Hence, our ears primed, are discovered gems a-plenty which in turn are presented to you, dear reader, for your refined consideration in the belief that you might just fancy them as much as we. After all, you’ve followed us before down the fetchingly sinuous pop trails being forged by the imperishable Monochrome Set with a certain curious glee in your hearts and the gist of what we’re offering up today, in both tone and intelligent suavity, doesn’t stray too far afield from what Bid and his band of renown have been up to for the better part of the 2000s. This is especially evident once the needle is dropped or play is pressed and Once (released back on April 30th) begins to spin.

The initial – and, one senses, not the last – collaboration between Christopher Vaillant AKA Le SuperHomard and the Oz-born singer Maxwell Farrington begins with “We, Us, the Pharoahs,” a chirpy buoyant splash of orchestral pop splayed with supple, slightly umber undertones (no surprise given the luxurious plumb of Farrington’s baritone), making for a moment of listening that effervescent on the one hand, a touch saturnine on the other. It is, in effect, a rather sumptuous dichotomy the aplomb of which aligns it, of course, with Gallic pop’s stylistic raison d’etre as it’s played out over the last half century (at least) but really, truth be told, it’s the same conflicted existential heart that has beat inside all the best pop songwriters since time immemorial, each of them touching that universal pulse from their own individualized place on the spectrum. This is why you’ll hear all the expected markers on Once – Hazlewood Gainsbourg Walker et al – but not in a way you’ll be able to place exactly, the variance strikingly sly enough to throw you off the scent.

“North Pole,” next up, borrows (‘of all things’ one might say) the cadence and sigh of Kristofferson’s “Help Me Make it Through the Night” and dresses it up in a sophisticate’s continental fatalism, accomplished in no small part by a guidepost of a bass track that’s simultaneously melodic and seriously low-end. Two cuts further in, buoyed by resigned flourishes of strings and light brass, the autumnal walking the gentle pace hand-in-hand with the hopeful (“maybe you’ll come by soon / a lot can happen in a day” croons Farrington with something akin to a gleam of doubt), “Lights & Seasons” gives voice to the lonely aspirations of the long-sorrowed lover. Later, due its forlorned keen of Max Meser’s harmonica, the plaintive yearn of its piano melody an just the space baked into the mix, “La Mesa Motel” could not be better titled, Farrington standing aside for a moment to better let the atmosphere settle in like a cinematic mist. That the track segues seamlessly into the fingersnap-worthy sunshine groove of “Good Start,” percussively irrepressible, bursting with a relentless if delicate surge of momentum (that xylophone and the all-but-buried bongos back there don’t hurt either) exemplifies without fanfare the charm and agility on display throughout Once‘s run of a dozen tracks. By the time we exit to the languorous “Tonight,” suggestive in its erotic intent but innately refined enough to be discreet about it – chivalrous restraint, we might call it – we’re as relaxed and satiated by the wave of pristine elegance that’s just washed over us as we are eager to hear more. Lucky for us, then, that Raoul Vignal’s third album “Years in Marble,” due June 18th, sits but an arm’s length away. 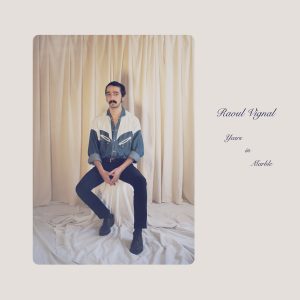 To be sure un cheval d’une coleur différente – the atmosphere here, as on Vignal’s earlier album The Silver Veil from 2017 and Oak Leaf a year later, is a more intimate one than that of his labelmates, being, even when he’s had a band on hand as he did for Oak Leaf, the work primarily of a man in a room with his acoustic guitar, a sound engineer (Matteo Fabbri this time) and his folklorist heart – the overlap editorially to what’s written just above would be that word ‘elegance.’ While necessarily sparse, what with that Oak Leaf touring band pandemically absent, joined only by drummer Lucien Chatin, the work on Years is, if anything – and, we admit, somewhat counterintuitively- all the richer for it, a conclusion drawn principally, of course, from the quality of song but, in equal measure, that playing. Ostentatious by devotedly not being so, as quietly masterful as it needs to be (including, as on the lithe “Heart of the Lake” and a handful of other moments, concise if colorful dashes of electric), Vignal’s guitar work, immaculately expressive, an an asset beyond. Grafted together with the unsurpassed naturalism of the writing, we find ourselves in the presence of a very finely faceted jewel of an album indeed.

From the very off, within the understated flurry that underscores “City Birds,” Vignal’s command of dimensional songwriting – whether true or not, one rather senses songs coming to him fully formed – can, however gently, set the listener back on their heels. As the music, for the most part, lives within hushed boundaries, the clarity of the material’s many complexities is more readily evident. In this way Years in Marble could be considered just one of the latest – and in its case the most extraordinary – examples of how songs made out there in the more pacific latitudes can blow you much further away than their livelier brasher look-at-me! cousins coming from the crowded center.

Whether it be that opening track’s subtly startling break, fluttering with harmonics and energy, the adroit manner in which “Coastal Town” conjures up the notion of ‘soft frantic’ with holistic ease, doing it not for the sake of if but because it serves the song, “Silence” being rife with dynamics of both the emotional and compositional sort, the result paradoxically jarring as it implies the electric tension that keeps us alive, the pastoral-mixed-with-the-mystic that is “A River Runs Wild” that sounds half meditation half dream of a white water rapid, the poignant Laurel Canyon rush of “To Bid the Dog Goodbye,” this album as a whole makes the inarguable case that ‘loud’ can come at any volume. To a degree it can be said that the extent to which Years in Marble demands to be heard is down to its continuity, the eleven songs fitting into their prescribed places like a beguiling strip of gracefully laid porcelain tile. But, really, what will hold you in a state of stilled abeyance is the craft in the writing. Personal and personable, both impressionistic and stark, glowing as it does at times like the burst of dawn while at others gleaning its warmth from the fire built against the chill of a cold French night, it is at every turn assured, unwavering, present.

Now, as with any recording of this nature we would be remiss not to address the obvious: Yes, we can indeed point to the expected touchstones – Nick Drake’s stripped back immediacy, the plucking virtuosity of, say, John Martyn – but the true fact of the matter is that everything we hear here is, in its every aspect, resplendently Vignalesque. Trust us, check it out. [find Talitres here]