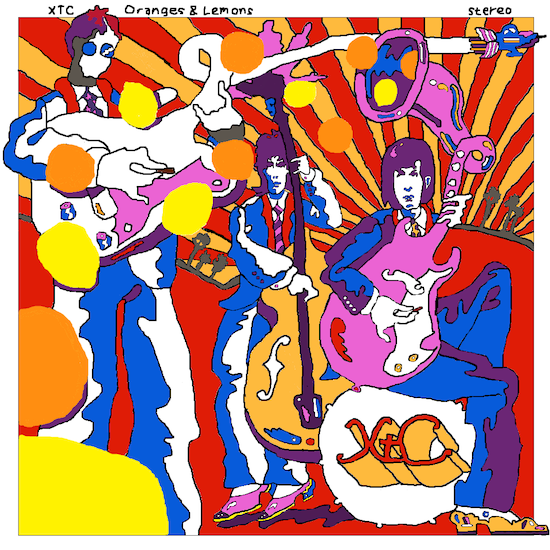 XTC are preparing a reissue of their 1989 classic Oranges & Lemons.

Set to be released on 200-gram audiophile vinyl, the album will be out this September.

Oranges & Lemons was not only the Swindon band’s eleventh album, it was their second double album, the first being 1982’s English Settlement.

Co-produced by first-time producer Paul Fox (who went on to work with Texas, Too Much Joy, Phish and Robyn Hitchcock), along with Pat Mastelotto of Mr. Mister, the album spawned the track “Mayor Of Simpleton,” which ended up being the band’s only U.S. single to chart on Billboard’s Hot 100.

The success of the record found XTC playing live for the first time in nearly ten years, doing a short acoustic tour of American radio stations. There was talk of trying to lure singer Andy Partridge back to doing regular plugged-in shows, but Partridge, who had been very vocal about his stage fright, wouldn’t budge.

The band-approved reissue is rather significant because it marks the first time the album will be available on a vinyl format since its initial release.

Boasting remastered sound that was helmed by Jason Mitchell at Loud Mastering in Taunton, the album will also have a new iteration for its cover, now coming in a technicolor gatefold sleeve.